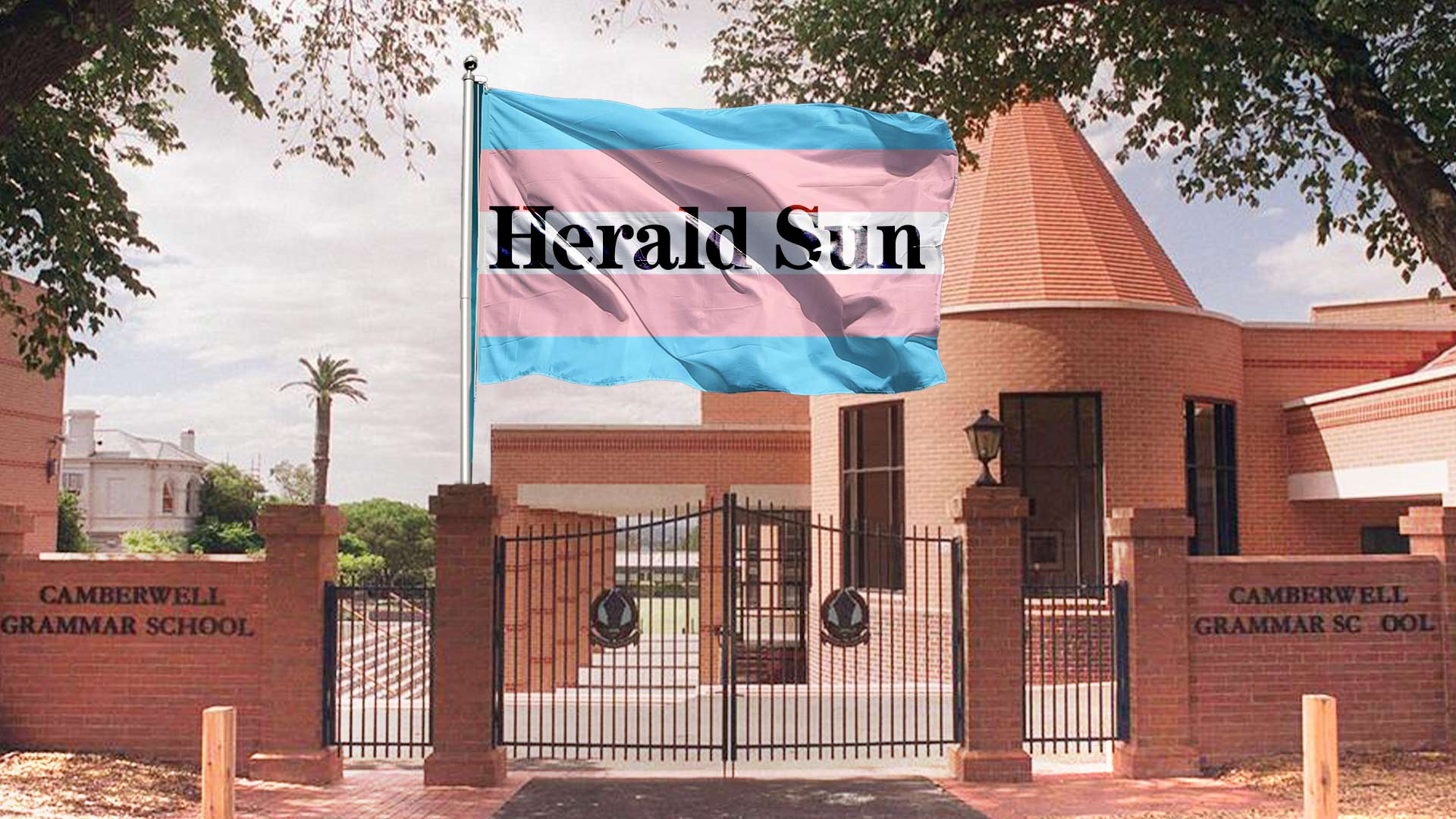 This is a prime example of why you cannot trust the media, or schools, to rely on facts, science or evidence.

The Herald Sun has published an article full of mistruths and outright lies that deny scientific reality.

Camberwell Grammar has announced it will allow a transgender student at their all-boys school.

Headmaster Paul Hicks has written to parents telling them a year nine student “has recently made it known to her friends that she identifies as a female”.

The letter said the student “has been on an extended, and at times confronting journey, but with the ongoing support of her parents, a range of gender dysphoria professionals, and her Pastoral Care support team within the school”.

“She would now like to be open about who she is”.

The female student, whom the Herald Sun has chosen not to name for privacy reasons, has been at the school for some years and would like to remain. “As a school, we are proud to fully support her in that decision,” Dr Hicks wrote.

The science department at Camberwell Grammar, and every other school in Australia, know that ‘female’ is a scientific term relating to the production of large gametes, known as eggs.

The Herald Sun propagated the lie by referring to the boy with female pronouns and also denying science by stating he is now female.

Wearing a frock, changing a name, or taking drugs doesn’t fool science into thinking a boy can be a girl. It has never happened. It will never happen.

The student should be treated with compassion and respect, but lying and enabling a lie is not very compassionate or respectful.

Up to 90 per cent of children who are allowed to develop, experiment and play with costumes and names, but have no medical intervention, accept their biological reality as adults. Those who take medication, usually with irreversible side affects such as decreased bone density, infertility and stunted genital development, usually go on to cross-sex hormones.

Expecting children to learn science in the classroom while denying science in student expression is confusing and damaging to the entire school.

It is even more damaging for news outlets to report lies as facts and deny science as though it is inconsequential.

Truth, facts and evidence are paramount in ensuring a civil and harmonious society. The propaganda being pushed on the general public is unacceptable and must be called out and rejected.