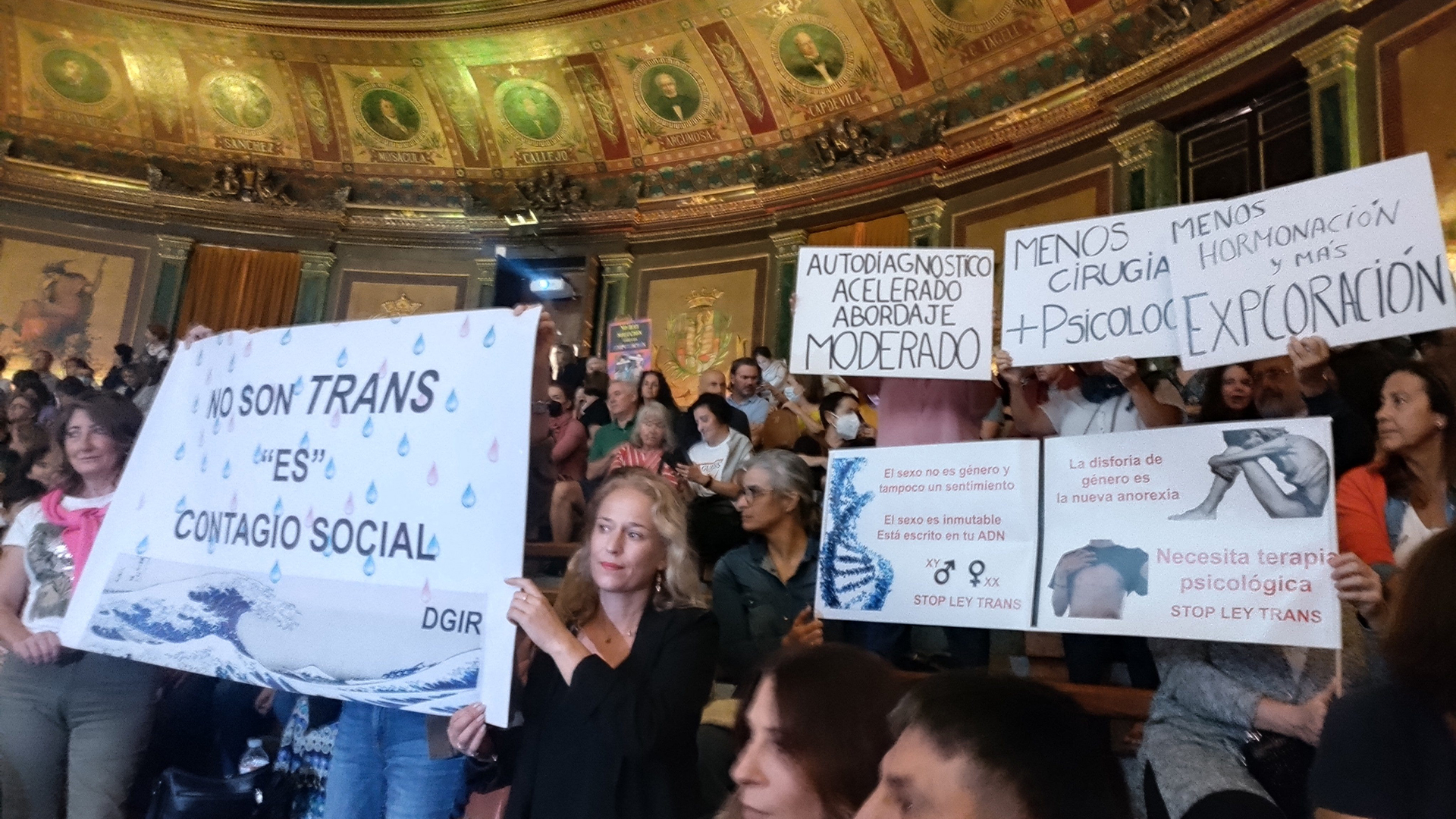 Tension surrounding ‘affirmation’ treatments for gender confused children in Spain is on the rise. While the government attempts to introduce ‘conversion therapy’ style laws, parent groups and a well-know psychiatrist are making their concerns known.

One of Spain’s most renowned psychiatrists, Dr Celso Arango, has warned that an alarming surge in young people mistakenly declaring themselves transgender may result in a great deal of harm.

"This is madness, it's going to hurt a lot of people, a lot of young people who have disorders think they're going to fix them by becoming trans — when they're not [trans],” he told the mass market newspaper El Mundo on Saturday October 8.

Dr Arango, head of child and adolescent psychiatry at one of the country’s leading public university hospitals, argued that the national government’s draft Trans Law allowing self-declared sex change in official records from the age of 12 would add fuel to the fire.

“On a day-to-day basis at the Gregorio Marañón Hospital [in Madrid] we are witnessing an explosion, a boom, an exponential increase in adolescents who say they are trans — many for fashion,” he said.

Previously isolated mothers who have formed an action and support group called AMANDA, rallied on the same day in the capital. The group is calling for caution and for a more watchful waiting approach. They are thrilled such a prominent medical practitioner has spoken out.

“For the first time [in Spain], an organisation representing the medical profession has spoken out publicly in favour of a prudent, scientific and non-ideological stance on this issue,” a spokeswoman for the group told GCN.

“And one of the greatest representatives of psychiatry at the European and Spanish level [Dr Arango] has exposed that there is indeed a crisis of social contagion in relation to gender identities that can irreversibly damage adolescents and young people.

Dr Arango, an internationally recognised psychiatrist, spoke to the college of physicians.

“Years ago, we would have only one case a year of someone who claimed to identify with the other sex,” he told the audience.

“This last year, the boom is such that we already have 20 per cent of adolescents admitted who declare themselves to be trans.

“It is dangerous to push confused young people towards an irreversible hormonal change. Experience says that until the time of mental maturation, [young] people should be protected from decisions that may affect the rest of their lives.”

Dr Arango and groups like AMANDA are not alone in opposing the new proposed bill that wants to outlaw criticism of ‘affirmation’ treatments.

“The main objective of the [Trans Law] is to impose on Spanish society as a whole, by legal imperative, the [quasi-religious] belief that there is a ‘felt sexual identity’ in each person,” says an umbrella group, known as La Confluencia Movimiento Feminista, which defends the rights of girls and women based on their biological sex.

“That ‘felt sexual identity’, completely separate from the [biological] sex of each person, is [proposed as] the source of ‘authentic’ information — prevailing over the material reality of the body — in determining whether a person is a man or a woman.

“The [draft bill] intends that this ‘felt sexual identity" should have legal recognition in the Spanish legal system, replacing the biological category of sex.”

The Spanish government is trying to fast-track the bill to avoid public scrutiny or debate.

Binary spokeswoman Kirralie Smith said the political ideology of transgenderism must be challenged.

“Citizens and medical practitioners must be permitted to critically examine and debate proposed treatments that can have life-altering, permanent consequences,” she said.

“Politicians are not best placed to make these decisions – parents and doctors are.

“There needs to be a much greater pushback against any government that wants to outlaw parents and medical practitioners offering best care to children.

“Here in Australia Victoria has already implemented these laws with many states set to follow.”