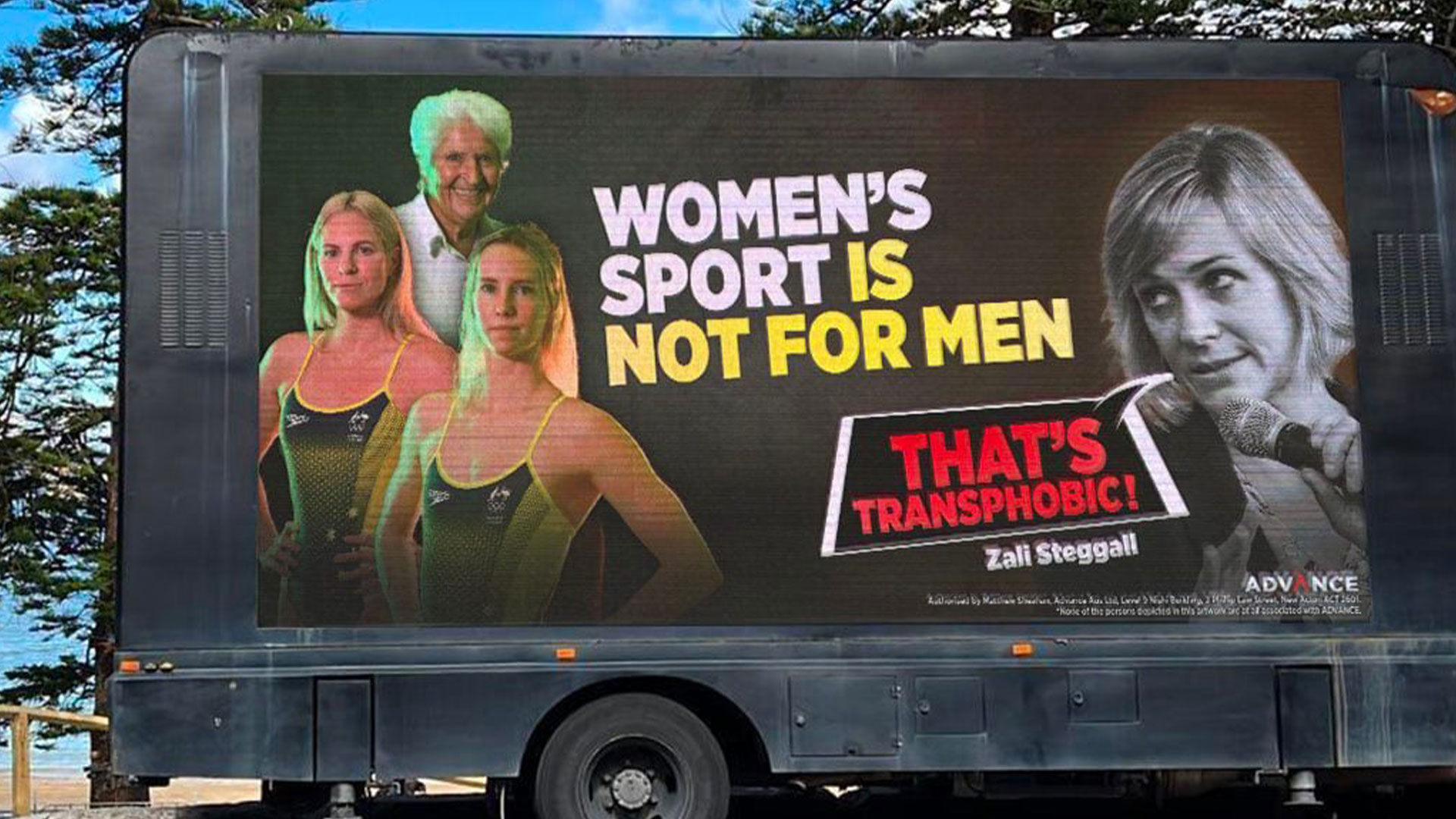 Swimming Australia is threatening legal action against Advance – a political lobbying group – for using the images of female swim stars who believe biology matters in sport. 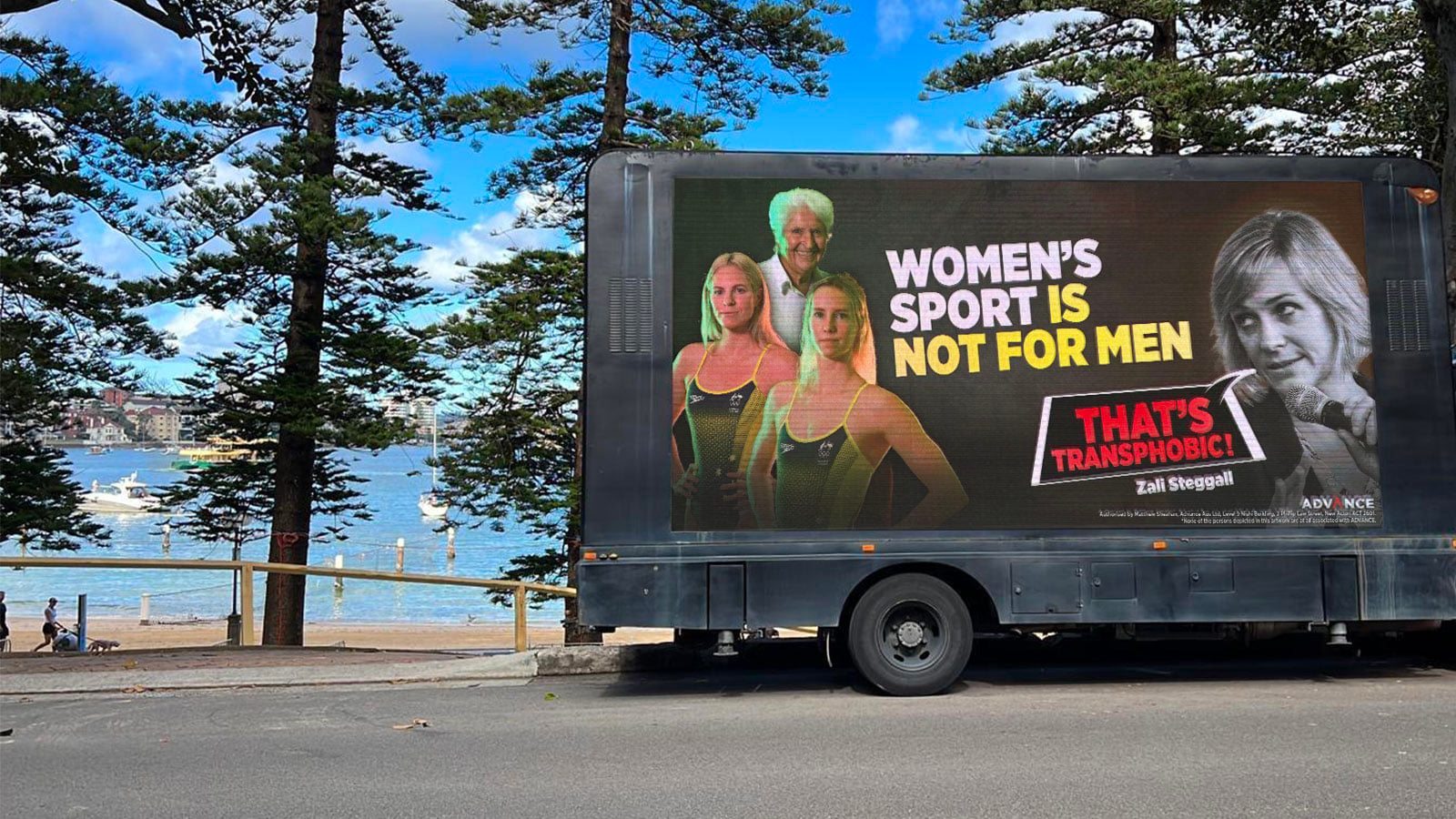 The billboard truck, with the images of Emma McKeon, Emily Seebohm and Dawn Fraser, states “Women’s sport is not for men”. It also features Warringah Independent Zali Steggall and her quote, “You’re transphobic”.

All three swim stars have made public statements in recent days about their concern and opposition to males appropriating womanhood to compete in female sporting categories.

Steggall labelled anyone with concerns as transphobic.

The billboard is accurate and created from public statements made by all who appear on the billboard.

Yet Swimming Australia, it would appear, is more concerned with protecting the feelings of males who appropriate womanhood over real women. They are upset that no permission was sought by Advance to create the billboard.

“Swimming Australia strongly condemns the use of imagery of our athletes, past and present, by the Advance Australia party in recent political advertising,” chief executive Eugenie Buckley said in a statement.

“Consent to use the imagery was never sought prior to its publication, neither from Swimming Australia nor the individuals involved. For clarity, if it was sought it, would have been categorically denied.

“Swimming Australia believes in a competitive environment that is inclusive, fair and equitable for all athletes at the same time. Ultimately, all Australians deserve to feel welcome, safe, valued and celebrated in swimming.”

How can women feel “safe, valued and celebrated” in swimming when their own sporting body goes to such great lengths to silence their concerns? Threatening legal action against Advance, or anyone else who states facts is not a good look.

What sort of message does it send to young girls and their families when Swimming Australia appears to defend males who don a costume and pop pills daily to maintain their façade of being a woman, than actual women?

It is impossible to appease males who appropriate womanhood and demand inclusion in female sport, and women at the same time. Their position is nonsensical and reeks of virtue signalling.

This kind of action sends a strong message to females – don’t speak out and if you do we will not be there for you. They appear to defend males who appropriate sex; not truth, not facts, not safety or female sex-based rights.

This is an incredibly important discussion that must be engaged in by all parties. Instead, Swimming Australia has joined the cancel culture bandwagon and is attempting to silence debate.