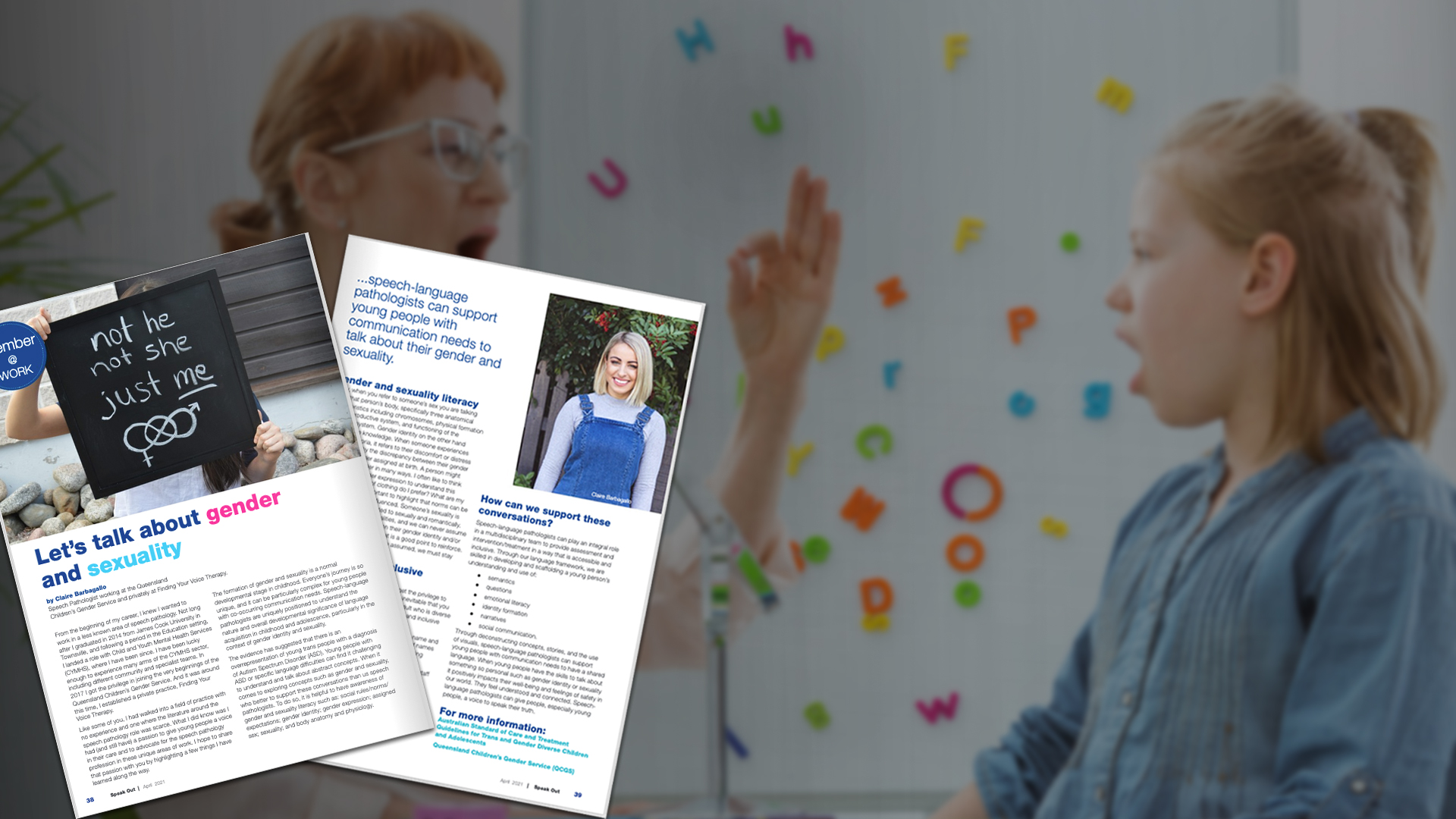 Speech Pathology Australia is rejecting science in favour of ideology in their latest issue of Speak Out, a magazine for speech therapists.

The article titled “Let’s Talk About Gender and Sexuality” promotes feelings and an ideological agenda over scientific facts.

The author acknowledges that “the evidence has suggested that there is an overrepresentation of young trans people with Autism Spectrum Disorder (ASD). Young people with ASD or specific language difficulties can find it challenging to understand and talk about abstract concepts.”

Autism has been flagged as a common denominator among the rapid rise of young people presenting as gender dysphoric. However, there is nothing abstract about biological sex. It is evidenced-based science. Observable, reliable, and consistent. Gender identity however is extremely abstract and relies on emotions that cannot be reliably defined.

Instead of assisting confused young people, some with Autism, this therapist advocates to reinforce fluid and unreliable emotions instead of observable biological facts. In other words, encourage the abstract, reject reality. 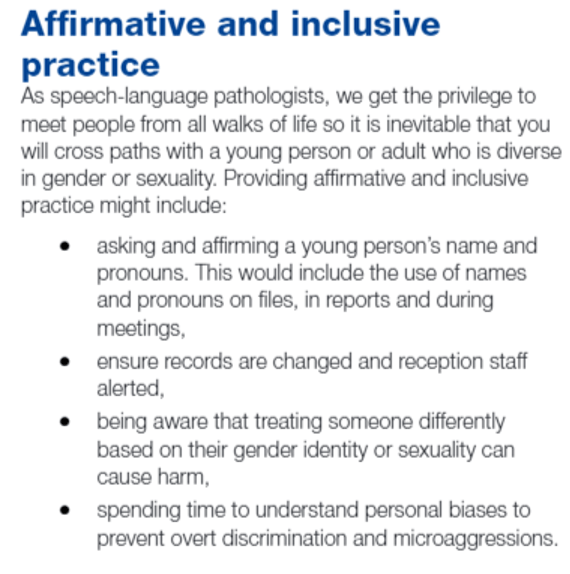 Notice how these guidelines endorse the rewriting of historical and scientific facts by changing documentation. Instead of encouraging the young person to embrace who they are, there is encouragement to affirm confusion and feelings instead of facts.

Kirralie Smith, spokeswoman for Binary, said it is a confusing message.

“A body that has previously prided itself as science-based has wandered into the realm of fantasy and ideology. Autistic and gender confused children need to be able to rely on adults and health care professionals who will stick to evidence-based treatments. Entertaining and encouraging them to change their identity instead of embracing who they are will no doubt complicate the issues that required them to seek speech therapy in the first place.”