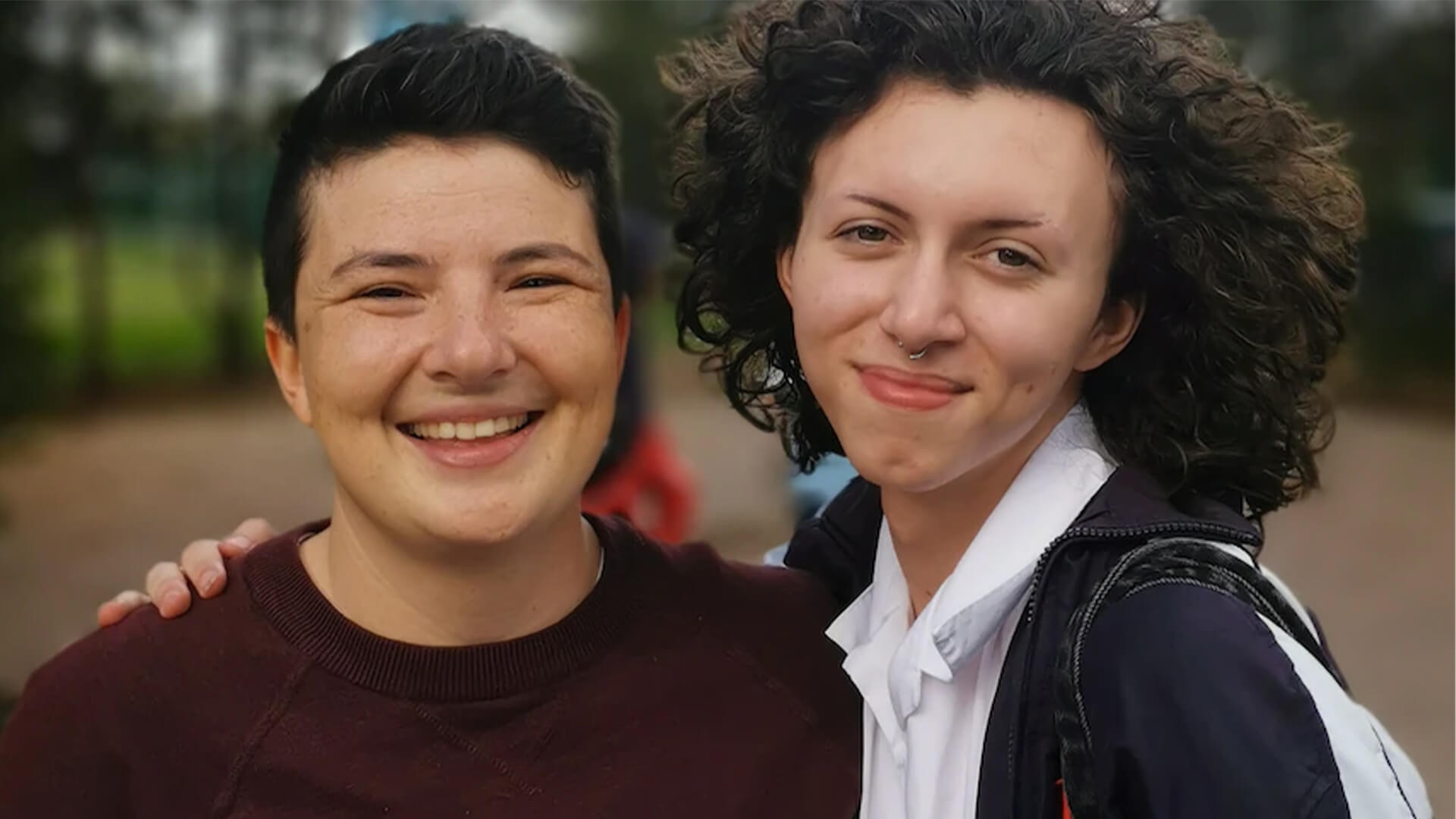 We all know kids are being transitioned in Australian schools. Parents who don’t agree to this are sometimes just left out of the picture.

According to LGBT activists, any parent who hesitates to push their child down the road that leads to hormones, sterilisation and amputation must be a heartless transphobic monster who doesn’t really love their child.

What this poor kid really needs is a queer adult mentor, because only LGBTIQ+ people can truly understand what “queer kids” really need. Right?

That’s certainly what the ABC thinks.

The focus of the story for ABC journalist, Monique Schafter, was the special relationship forged between, Cash Garrety (a biologically female, then lesbian, now non-binary teacher), and Riley (a biologically male, then gay, now trans student).

Garrety first noticed Riley when he identified himself as “a gay man” in a Year 7 class assignment. After that, Garrety was “really keen to meet Riley’s mum and to try to suss out how things were for Riley at home”.

It turns out Riley’s mum was worried about him. She started crying in the parent/teacher interview.

Garrety explains, “I think there was a lot of fear, I imagine, for her daughter and how she would navigate not only the transphobia and homophobia of high school but of the world.”

Hold up there Schafter! We thought Riley was “a gay man”.

Well, thanks to “All Sorts”, by the time Riley was in Year 10, he had discovered that he wasn’t really gay. He (now she/her) is really trans.

“Through All Sorts and through seeing different identities I learnt many possibilities for my identity. But I had had feelings of gender incongruence before then and that’s how I came to the conclusion that I was trans.”

And the trans thing must be true. Whereas the gay thing was, apparently, “just a phase”.

The important thing is that Riley’s identity resolution was a completely independent journey of self-discovery. All Garrety did was create “a space where I was encouraging – or – I was enabling and giving a space for students to embrace and experiment and play with their identities.”

Nothing dodgy about that.

The story gets even better because, it turns out, the kids at “All Sorts” also helped Garrety resolve her own identity issues:

All Sorts changed my life. The first time I used they/them pronouns was in All Sorts because that was a safe space for me too.”

So Garrety has gone from lesbian, to “they/them”, and has now settled on “he/they” pronouns.

(Garrety teaches English, by the way, and “they” isn’t a possessive pronoun – but nevermind!  I think we left concerns about professionalism quite a way back down the road there anyway).

If there is anything to raise an eyebrow in Garrety’s special relationship with Riley, Schafter certainly hasn’t seen it:

“What an incredible teacher! It warms my heart to let you know that Garrety is still doing life-changing work at their new school. They’re staring another pride group and are hoping to start a network of pride groups across western and south-western Sydney that will meet up one a year so queer students will never feel alone.”

For Schafter and the ABC, this is all just one big wonderful story, up there with Dead Poets Society: the dedicated ”dad figure” teacher who is so passionately committed to the formation of their students that perhaps the professional/personal boundaries get a little blurry.

We all like that story. We all want it to be true.

But there is a serious problem with all of this spin because it serves to deflect our attention from the fact that all adults who breach professional/personal boundaries with children − and particularly those who interest themselves in the sexual development of children and want to cut parents out of the picture − should be regarded with circumspection by anyone with half an eye to child protection.

We are not suggesting that Garrety has nefarious motivations. Garrety seems nice.

But no one ever likes to suspect bad intentions of someone that they know and like. It’s for precisely that reason that the personal/professional boundaries that are so important for child protection shouldn’t disappear just because someone “seems nice”. Anyone who crosses the line, should be made to explain why.

In this case, the ABC’s transgender propaganda machine has failed to let critical thinking skills get in the way of telling a happy story … and Schafter’s dangerous naivety has been broadcast to the nation.

Thanks, QueerABC, for making the nation dumber on a subject where we really need to be smart.