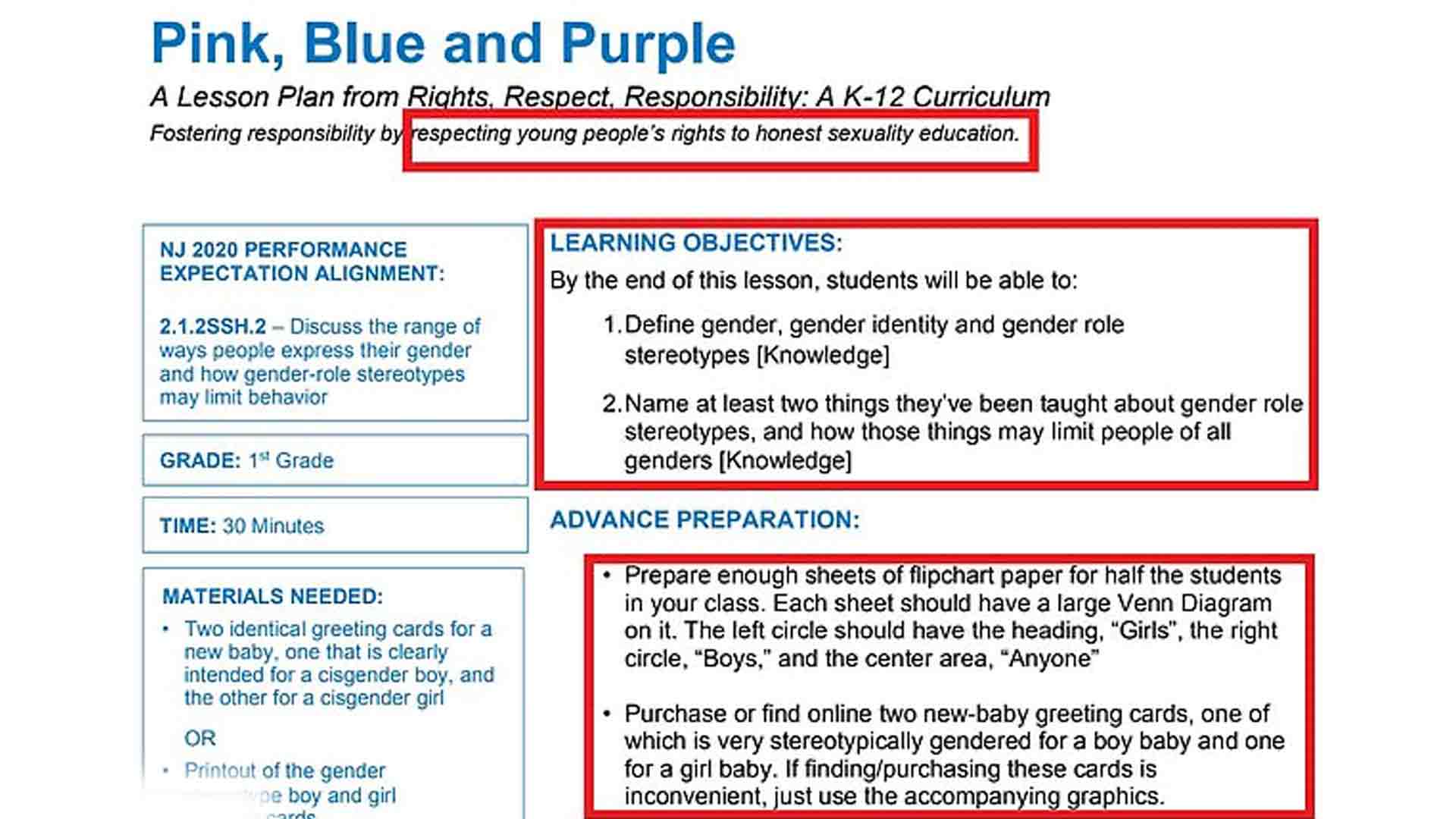 Parents and some teachers have raised the alarm about a new sex education curriculum to be introduced to children as young as 5 in New Jersey.

One of the 30-minute lesson plans, called ‘Pink, Blue and Purple’, teaches the students to define 'gender, gender identity and gender role stereotypes.'

The lessons include showing slides of male and female genitalia and asking the children to label the pictures.

An alternative assessment strategy is for the teacher to ask, ‘Who has a vulva? Girls, boys or both? Who has a penis?’ etc. and have the class respond.

‘You might feel like you’re a boy even if you have body parts that some people might tell you are “girl” parts,’ the lesson plan states.

“Children should not be exposed to such highly sexualised content at such a young age. In any other context it would be rightly labelled grooming,” she said.

“First grade children do not need to be dealing with adulterated concepts that are born out of a political ideology that denies biological fact.

“Let kids be kids and stop trying to sexualise them.”