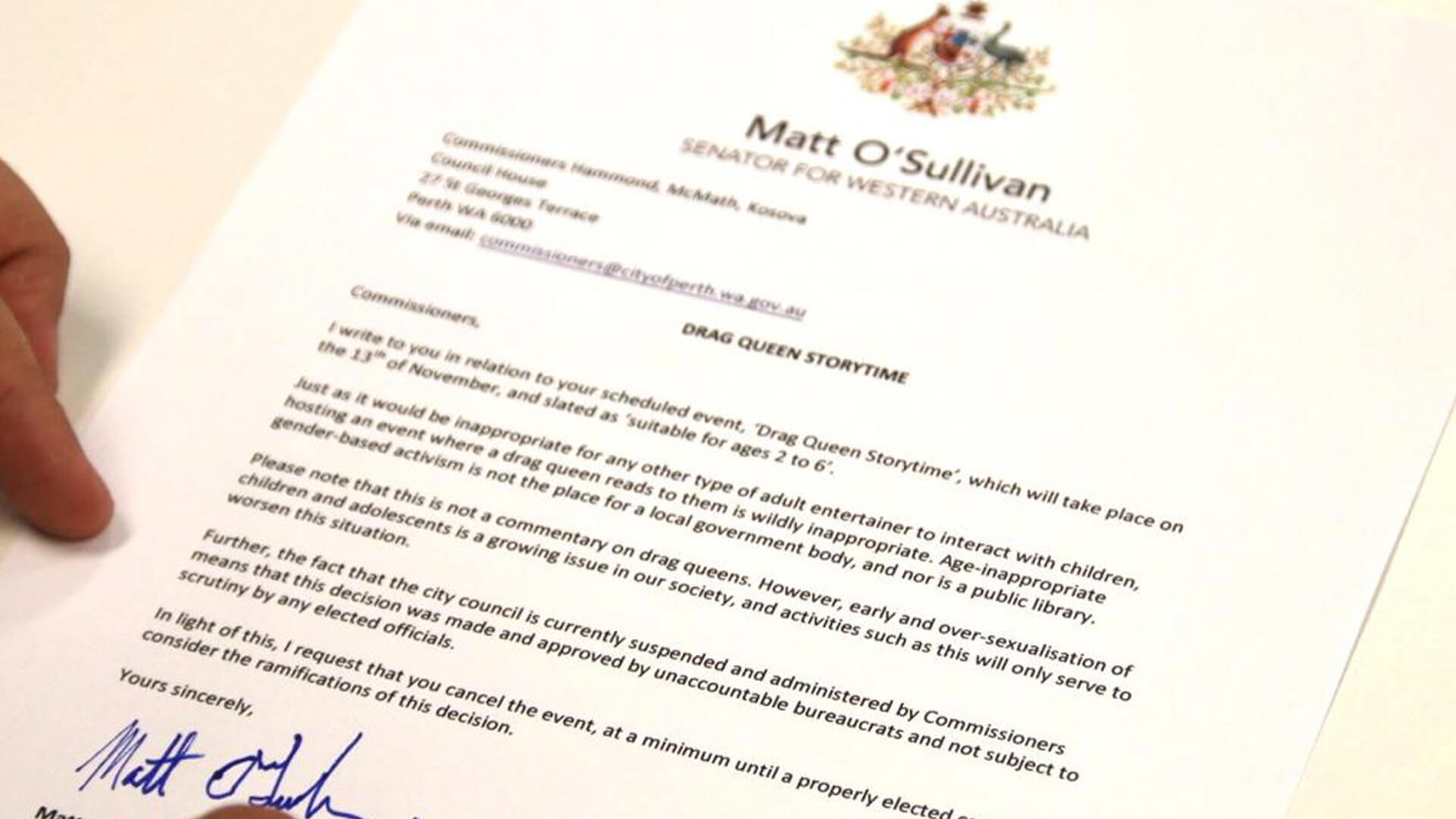 Senator Matt O’Sullivan has taken a stand against Drag Queen Story Time in Perth. In a post on Facebook he shared a letter he has written to the City of Perth council asking them to cancel an advertised event.

Just as it would be inappropriate for any other type of adult entertainer to interact with children, hosting an event where a drag queen reads to them is wildly inappropriate. Age-inappropriate, gender activism is not the place for a local government body, and nor is a public library.

Please note this is not a commentary on drag queens. However, early and over-sexualisation of children and adolescents is a growing issue in our society, and activities such as this will only serve to worsen the situation.

Senator O’Sullivan went on to criticise the council as they are currently suspended and under administration by bureaucrats who are not accountable to any elected officials. He completes the letter requesting they cancel the event at least “until a properly elected council can consider the ramifications of such a decision.”

Binary spokeswoman, Kirralie Smith, commended the Senator for his actions.

“It is so refreshing to see a politician doing his job. Drag Queens belong in bars not libraries. They are adult entertainers who imitate and exaggerate female stereotypes. There is no scenario where it is appropriate to expose hyper-sexualised men dressed as women to children.”

“Not one cent of taxpayer dollars should ever be used to enable this kind of activism. The Senator is right to challenge the validity of this event.”