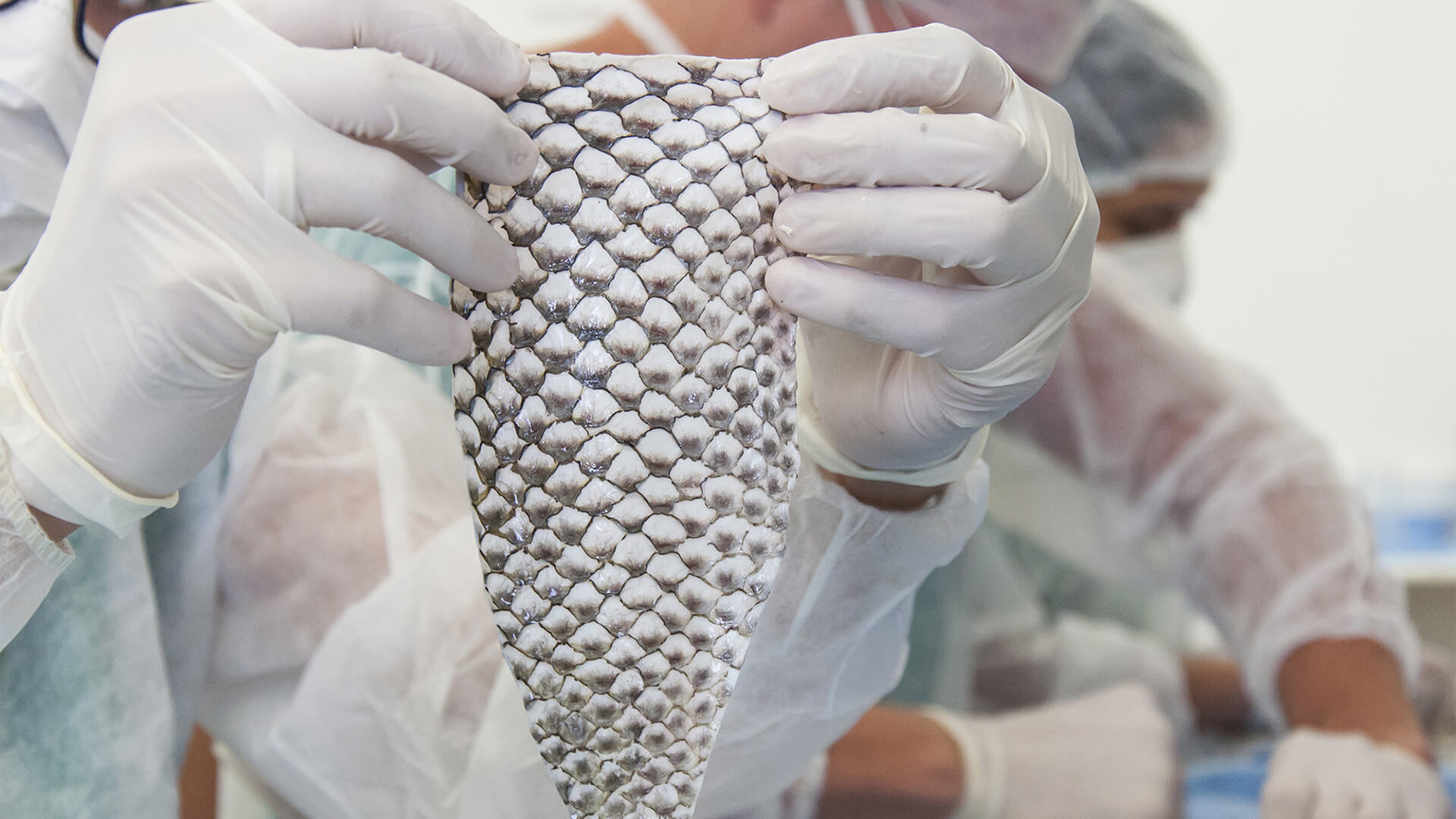 Maju first had surgery in 1999 to change his penis into a vagina, but it recently collapsed causing him immense pain. He is the first trans person to undergo the surgery.

Professor Bezerra uses the fish skin to create vaginas for women who were born without fully functioning genitals. He claims to have performed the surgery on ten women to date.

Before being used, the fish skin undergoes a special cleaning and sterilisation process followed by radiation exposure to kill any viruses.

This removes all the skin's scales and odour, leaving behind a light-coloured gel dressing that can be stored for up to two years in refrigerated, sterile packaging.

The 'fish-skin method' is considered less invasive than the traditional technique of creating a vaginal canal using skin grafts from patients' groins.

The fish-skin surgery also has a faster recovery rate with no visible scars, or risks of rejection or infections.

Binary spokeswoman, Kirralie Smith, said it was nothing more than appropriation.

“Surgical mutilation does not change a man into a woman. It is an extreme version of donning a costume,” she said.

“Men have their maleness written into every cell of their body. This man will have to be drug dependent everyday for the rest of his life to keep up the appearance of being a woman.”

“It is perfectly fine for a man to dress as or appear as a woman, but it is not acceptable to insist the rest of society treat him as a woman. He is male, always will be regardless of surgery, drugs or dresses.”