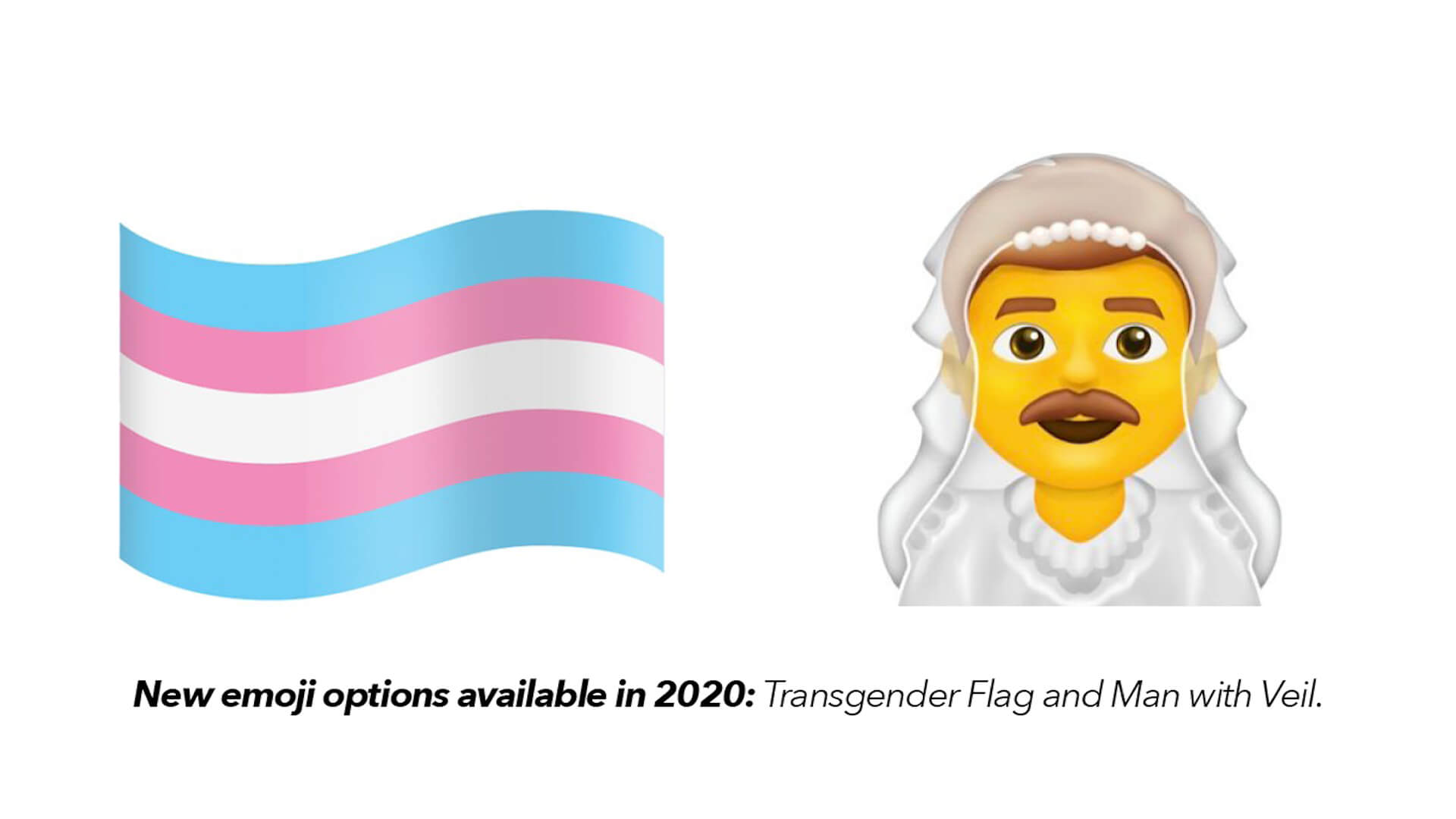 The creators of emoji’s are sinking ever lower in the race to offend our sensibilities.

The Unicode Consortium this week announced the release of Emoji 13.0, and with it, 117 new emoji. The expansion features 62 brand-new emoji, as well as 55 new gender and skin-tone variants, many of which are gender-inclusive. One particularly notable addition is a new transgender flag emoji, created from a proposal co-sponsored by Google and Microsoft.

Tech giant Google sponsored five of this year’s new emoji, with several of the more inclusive options among them, such as a person in veil and person in tuxedo emoji, and a range of skin-tone variants which now include people who present as male, female, and non-binary – including a gender-neutral Santa Claus.

Emojis have replaced words for many young people in todays society. This is a clear attempt to indoctrinate a generation into the radical gender agenda.

Kirralie Smith, Binary spokeswoman, said it is not surprising.

“Giant tech companies such as Google are renowned for their attempts at social engineering. The trans trend, brides with beards and the idea of a gender-neutral Santa have not been developed because there is a large demand for such emojis. Most reasonable people reject such notions. This is purely an attempt to indoctrinate vulnerable, young minds into the radical gender agenda.”