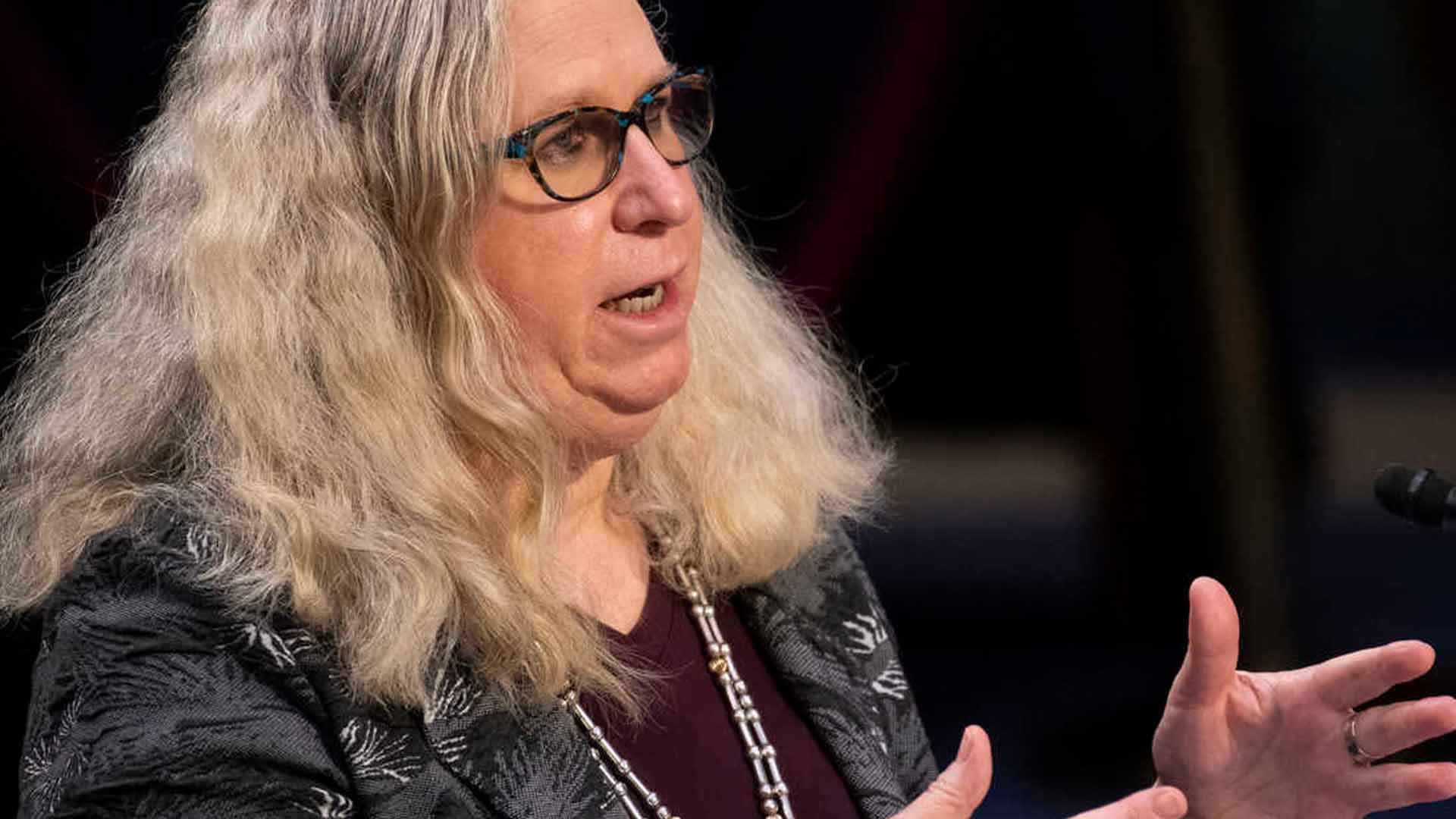 At the same time, Levine says his transgender identity “doesn’t have to define who I am”.

He hopes one day there will be so many transgender appointments to high public office that the “transgender” part becomes unremarkable. In other words, everyone will just believe, like he does, that he “really is” a woman.

But if he really is “a woman”, it can only be because of his “gender identity”: no transgender identity, no basis for even pretending Levine is a woman.

If you see some issues with the logic, you are ahead of Clinton and Levine.

The problem with co-operating with a fantasy is that, eventually, it will collide with reality. At that point you have to decide which one is true. Just in the course of this one interview, Levine produced lots of evidence to show that his inability to sift fact from fantasy in his own life, spills over into inconsistency in his approach to medicine.

Levine tells us that in his previous academic work he was particularly interested in adolescent medicine and paediatrics:

What particularly drew me to that field was the opportunity to work with that intersection of physical health and mental health because many of the challenges that teenagers and adolescents have live at that intersection.

When talking about eating disorders like anorexia and bulimia, Levine recognises that this is a mental health issue. He says the good news for teenagers with eating disorders is that 80-85 per cent will completely recover:

People tend to have said that eating disorders are a chronic illness and you never recover from that and that is simply not true … the vast majority of teenagers … can completely recover.

So, what about the treatment of “trans” teenagers”?

Many mental health professionals have pointed out the close parallels between anorexia and gender dysphoria: both arise from distress because a person’s subjective perceptions don’t match objective reality.

Teenagers with anorexia might be painfully thin and still feel fat. We don’t give them liposuction. We help them accept and live with the truth.

Just like anorexia and bulimia, doctors agree that, given time and the right care and support, at least 80-85 per cent of gender dysphoric children will eventually reconcile to their natal sex. (Even Dr Michelle Telfer, who still leads the charge for “gender affirmation” in Australia, agrees with that.)

But apparently when it comes to trans kids, “the science” says that instead of time and “multi-disciplinary treatment” what we need is drugs and surgery to change their bodies. According to Levine, “to limit their access to … gender affirmation treatment is unconscionable”.

Levine even admits that the many children presenting to gender clinics have other mental health problems, including anorexia!

So, if Jill thinks she is fat when she is thin, she is wrong. But if she thinks she’s a boy when she is female, she must be right and we all have to agree.

Anyone who can talk about how “your mind and your body are connected” and “evidence-based medicine” and still call himself a woman and female, while saying his transgender identity does not define him, is promoting a hopeless absurdity.

We shouldn’t expect logic from such a person. But nor, very clearly, should they be put in charge of decisions that affect other people’s physical and mental health.