Federal Senator for Tasmania, Claire Chandler, has continued to champion women’s sex-based rights within her party. On Saturday she announced that a motion had passed to protect women from the extremist trans agenda.

“This morning, the Liberal Party’s Federal Council passed a motion supporting female-specific sports, facilities, and services, and condemning the abuse and threats against women who advocate on these matters.

“I am so proud of our Party for taking a strong stance on these issues, and I was honoured to speak in favour of the motion this morning.”

Senator Chandler has been consistent in her stance, running a petition on social media and speaking to the issue in Parliament. She published Saturday’s motion on her Facebook page: 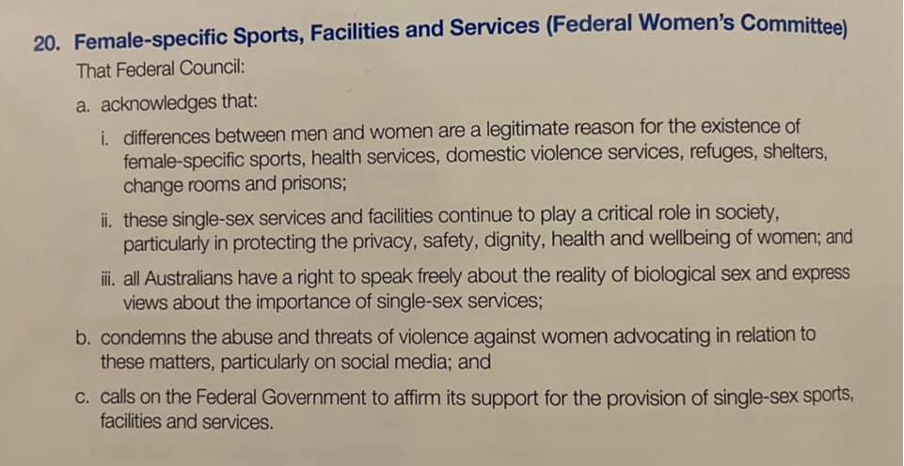 “It is beyond comprehension that such a motion is even required,” she said.

“The Liberal Party Council have done the right thing in supporting this motion.”