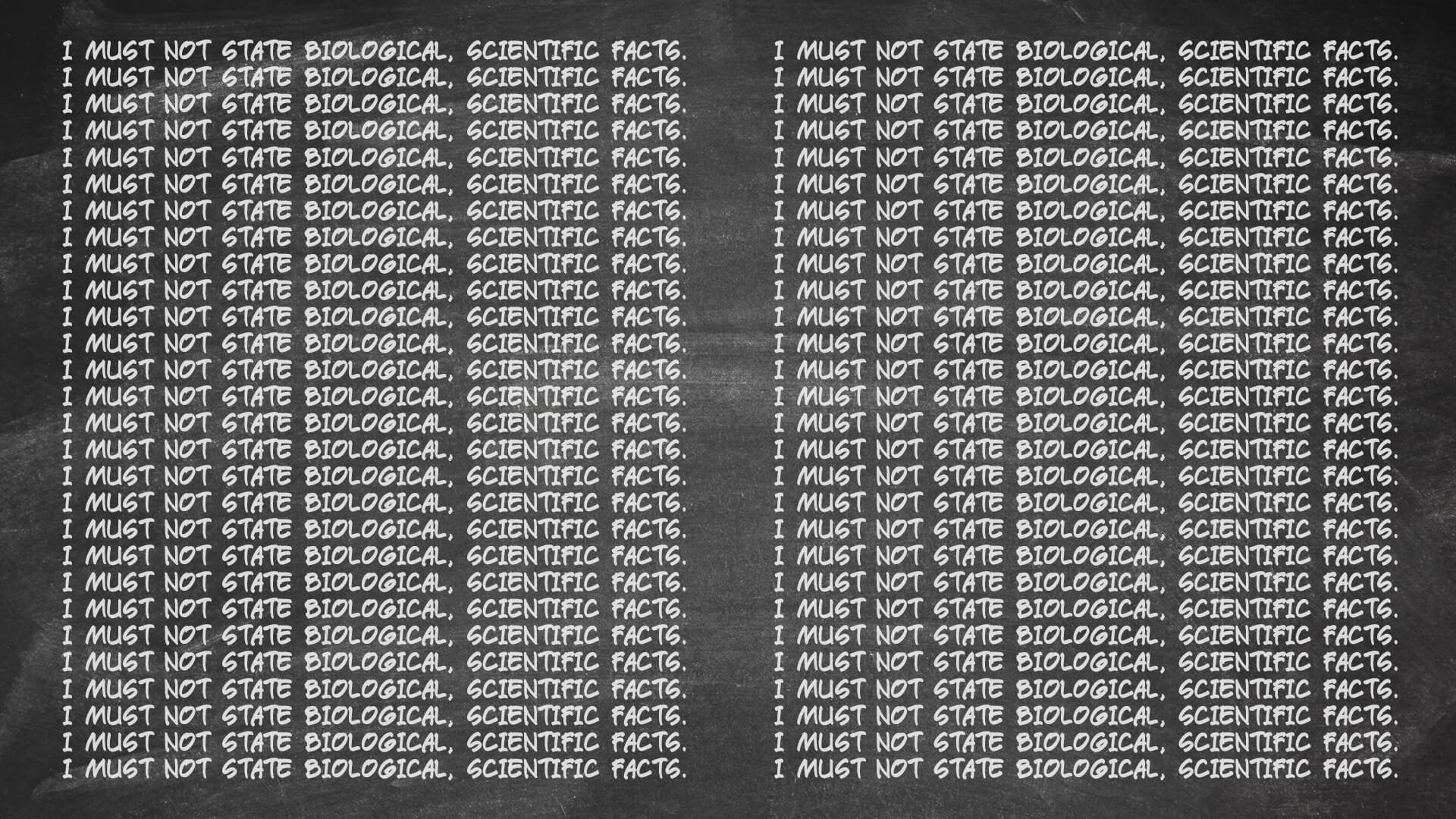 A video of a Scottish student being kicked out of class for declaring there are only two genders has gone viral.

The 17-year-old was reprimanded by a 56-year-old teacher.

The Daily Mail reported on the video, which showed what happened after the student left the classroom. The student states he was only stating fact.

“The teacher then says there is more than one gender 'by law', and that by claiming there are only two genders, the pupil had not been 'inclusive'.”

“Then the teacher states: 'I am not putting my opinion out. I am stating what is national school authority policy.'

“The child tells him this is 'not scientific whatsoever', while the teacher tells him 'not every policy is scientific'.”

The frustrated teacher is not interested in scientific, biological fact. He is only concerned with upholding school policy, regardless of how nonsensical it is.

The Daily Mail also reported, “Last night Aberdeenshire Council said the video did not show the full context of the incident, and insisted the school's aim was to 'support a fairer, inclusive environment for all'.”

“What a cop out!” said Kirralie Smith, Binary spokeswoman.

“What more context is required? To kick a student out of class for stating a biological fact is beyond ridiculous. Science proves the binary nature of gender. This teacher, this school and this council are upholding a radical ideology rather than reality.”