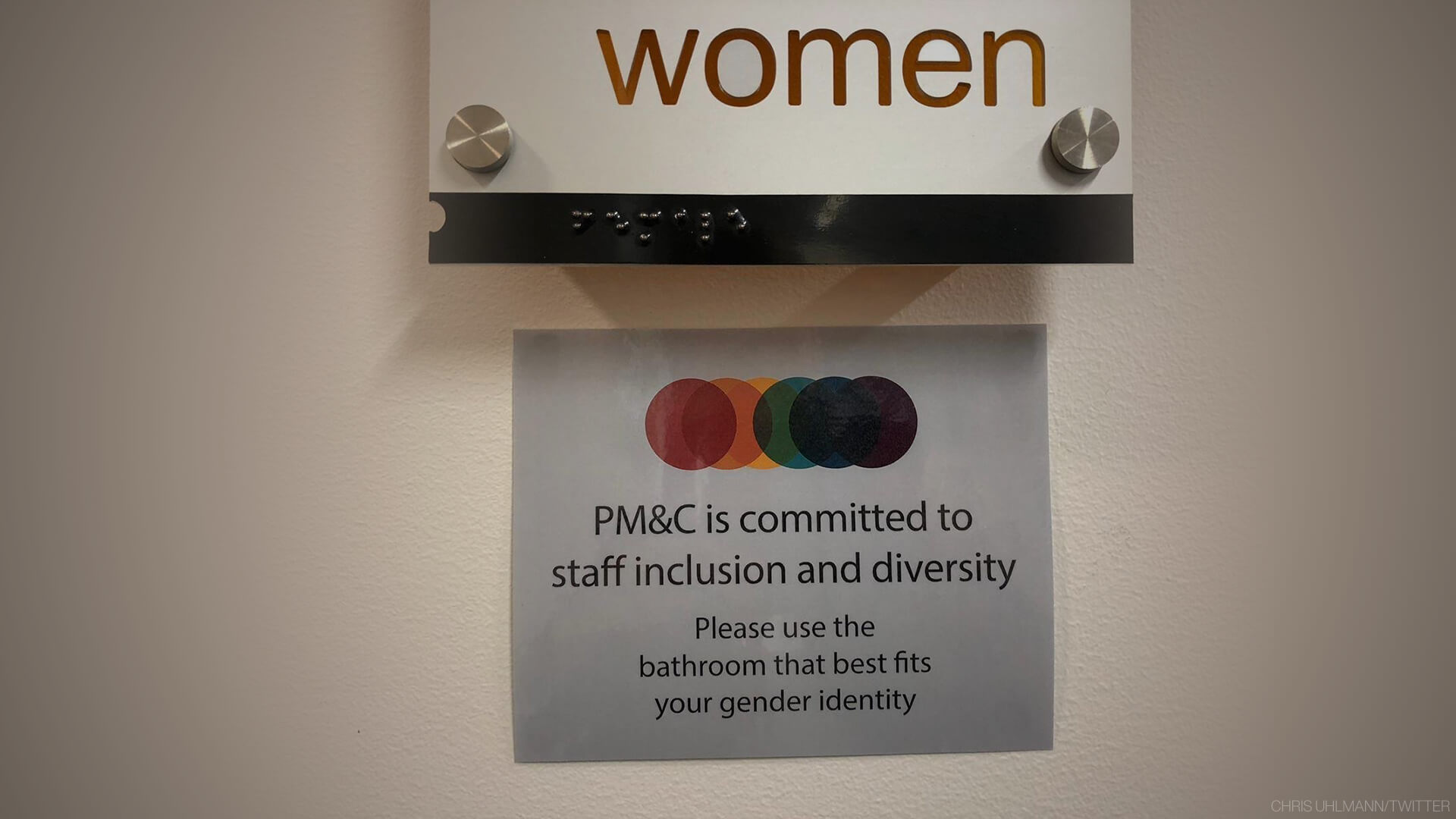 A paper printout posted under the “Women” toilet sign in his Canberra offices has come to light.

“PM&C is committed to staff inclusion and diversity. Please use the bathroom that fits your gender identity,” it reads.

Prime Minister Scott Morrison said he was unaware of the sign but will “sort it out.”

Speaking to Ben Fordham on Sydney’s 2GB he said, “I don't think it is necessary. I think people can work out which room to use.”

Asked if the sign was going to go, Mr Morrison said, “That’s what I expect. It’s just political correctness over the top.”

“There is no need for this kind virtue signalling in the Prime Minister’s office or anywhere else for that matter.”

“But the reality is that people can’t sort out which bathrooms to use.  And when government refuse to take a definitive stand on gender policy, the people do it for them.  The Prime Minister and his cabinet need to determine whether they will be governed by biology and facts or, as we’re increasingly seeing in our state parliaments, by people’s feelings.”