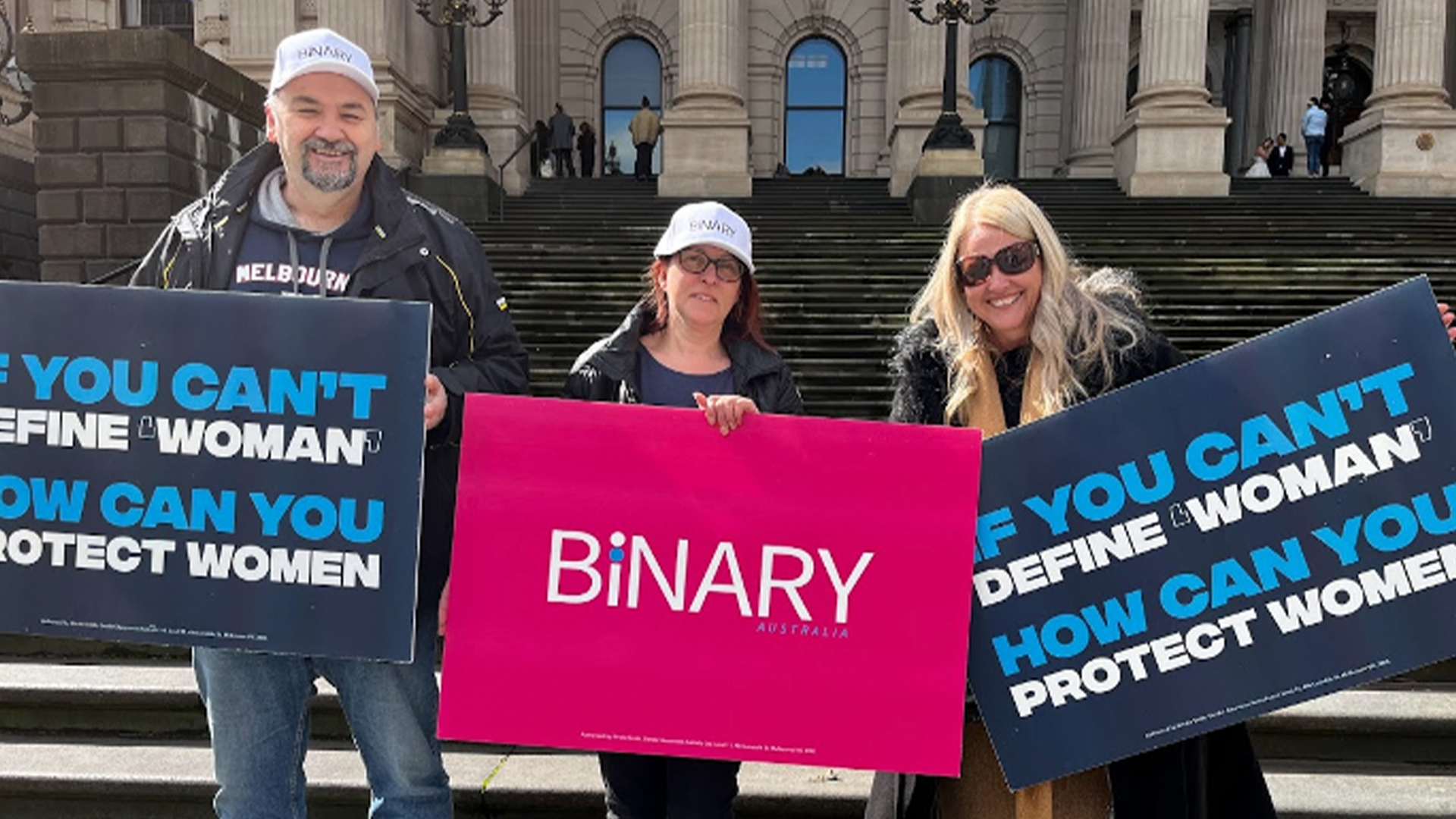 Day 2 on the steps of the Victorian Parliament was another successful day. The weather was much nicer, with a lot of people stopping to chat, ask questions and offer support in our fight to protect parental rights.

More amazing volunteers came, held signs, handed out flyers and were encouraged by the positive support and thumbs up received by passers-by. 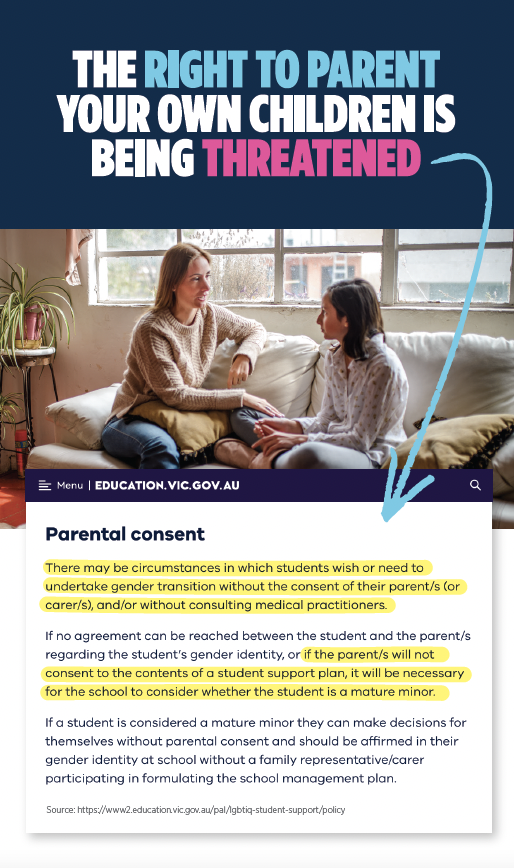 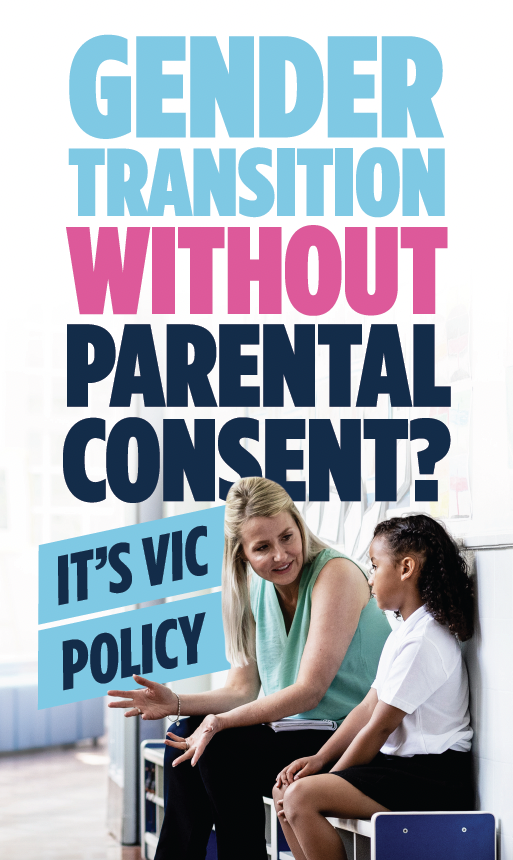 I did a Facebook live interview with the Deputy Leader of the Freedom Party for Victoria, Aiden McLindon.

Aiden is going to run against Daniel Andrews in the seat of Mulgrave and is passionate about the family and parental rights. Aiden is a former teacher and member of the Queensland state parliament. You can watch the video here. 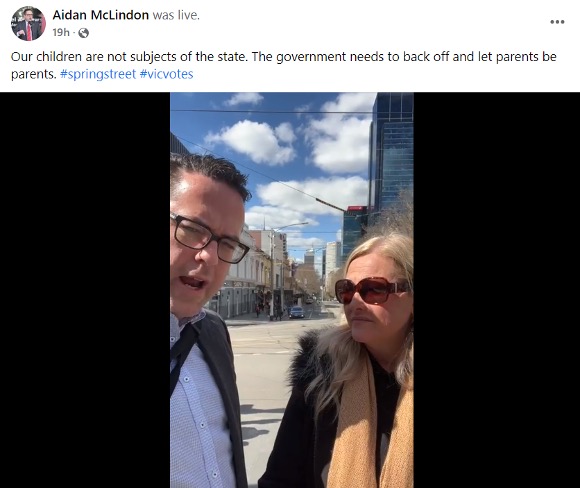 I was able to meet with Liberal Democrats David Limbrick and Tim Quilty. We had a great conversation about liberty and consent. Their track record shows they want less government interference in families and consent is an important principle for them both.

We agreed children cannot consent to a wide range of things such as getting a tattoo, drinking alcohol or driving a vehicle, so how can they consent to life altering, irreversible, medicalised pathways known as transitioning.

David was keen to point out he does think there are perhaps very rare circumstances where this may be necessary. We agreed all children deserve the best care and utmost compassion when dealing with gender dysphoria and underlying issues.

We also discussed the fact that students need parental consent to get on a bus or go on an excursion, but Dan Andrews’ policy is that school staff can transition children without parental knowledge or consent! It is inconsistent and inappropriate.

Neil Angus from the Liberal Party has been consistently outspoken in his opposition to Daniel Andrews and his policies to indoctrinate children. He is a fierce defender of family and assured me that he will not be moved on this issue. He will continue to stand for parental rights and fight hard to expose this dangerous policy.

Bernie Finn, leader of the Democratic Labour Party, came out to see us and assured us once again he and his party will be relentless in their campaign to stand up for parental rights. Bernie was expelled from the Liberal Party for his strong pro-life stance and he is more determined than ever to fight for the family against massive government overreach.

Both Bernie Finn and Independent Catherine Cummings took signs to display in their office: “If you can’t define woman, how can you protect women”

Leader of the Opposition Matthew Guy did not respond to several requests for a meeting. No member of the Labor party was interested in defending their position.