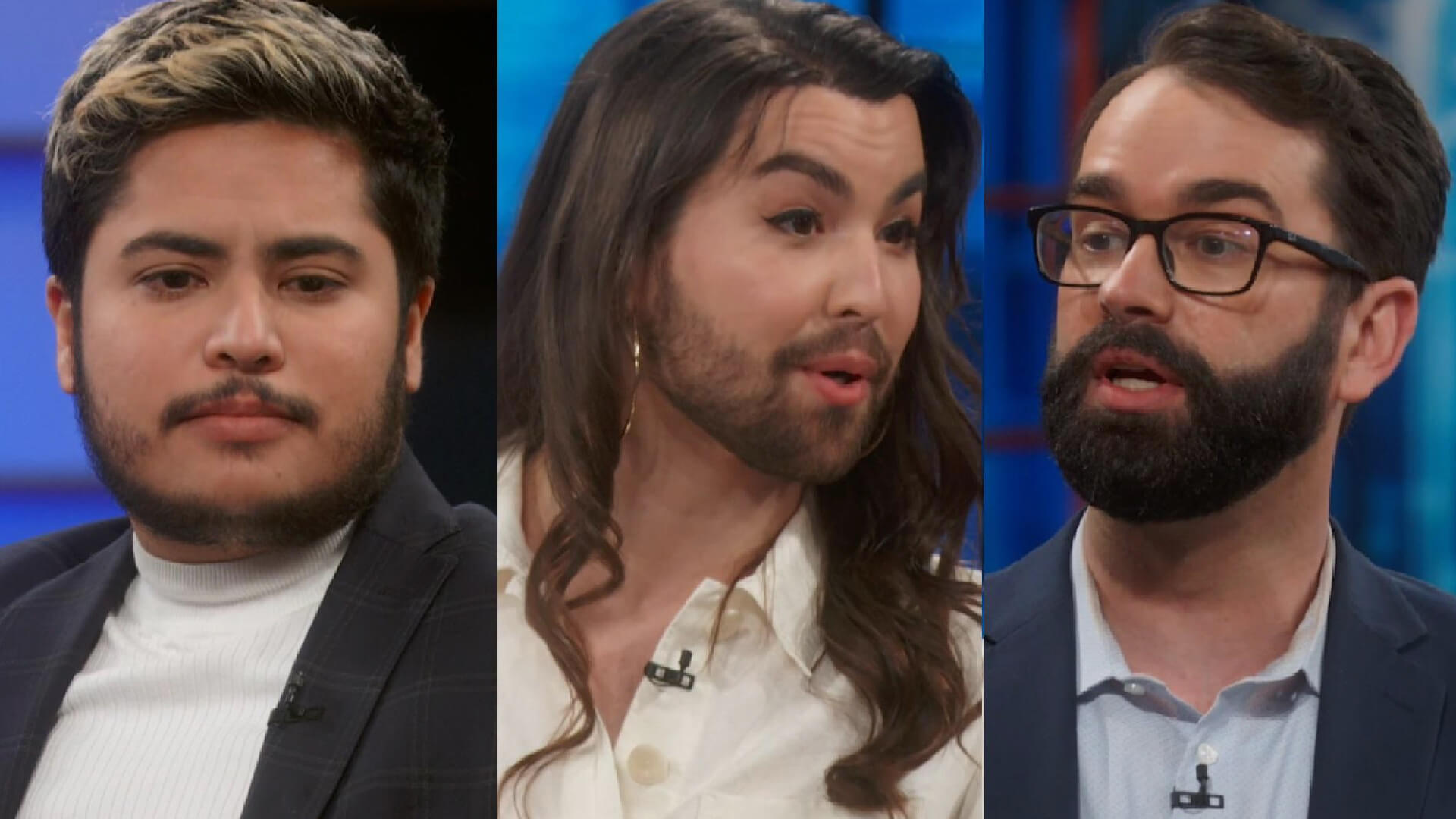 Two non-binary guests on Dr Phil couldn’t answer the simple question, “what is a woman?”, when challenged by Matt Walsh in a recent episode. Walsh is a podcast host and author for the Daily Wire.

“What is a woman? Can you tell me what a woman is?” Walsh queried.

“No, I can’t,” admitted Ethan, “because it’s not for me to say. Womanhood looks different for everybody.”

Speaking to Addison, Walsh stated, “You stood up here and said, ‘Trans women are women.’ What is a woman?”

“Womanhood is … something that I cannot define,” Addison said.

“But you used the word,” Walsh pushed back. “So what did you mean when you said, ‘Trans women are women’?”

“I do not define what a woman is because I do not identity as a woman,” Addison responded. “Womanhood is something that is an umbrella term.”

“That describes what?” Walsh interjected.

“People who identify as a woman,” Addison said.

Walsh, again, pressed, “Identify as what?”

“A woman,” Addison said. “What is that?” Walsh pressed.

“To each their own,” said Addison, adding that “each person” is “going to have a different relationship with their own gender identity and define it differently. So, trans women are women.”

“You won’t even tell me what the word means though, so that’s the problem,” Walsh responded.

Addison then accused Walsh of wanting to “reduce men down to our genitals, our chromosomes.”

“No,” Walsh shot back, “what you want to do is appropriate womanhood, and turn it into, basically, a costume that could be worn.”

Walsh also addressed the lunacy of pronouns by illustrating how ridiculous it would be if he insisted everyone refer to him as “handsome and brilliant.”

“‘What is a woman?’ is the most fundamental question that must be answered by activists and policy makers,” she said.

“Not one minister for women in Australia, not the prime minister nor one state leader can answer the question.

“It is impossible to identify as something that is not defined. And it is even harder to protect women if the term is not defined. The idiocy of the political ideology has been exposed and it is time to deal with it.”