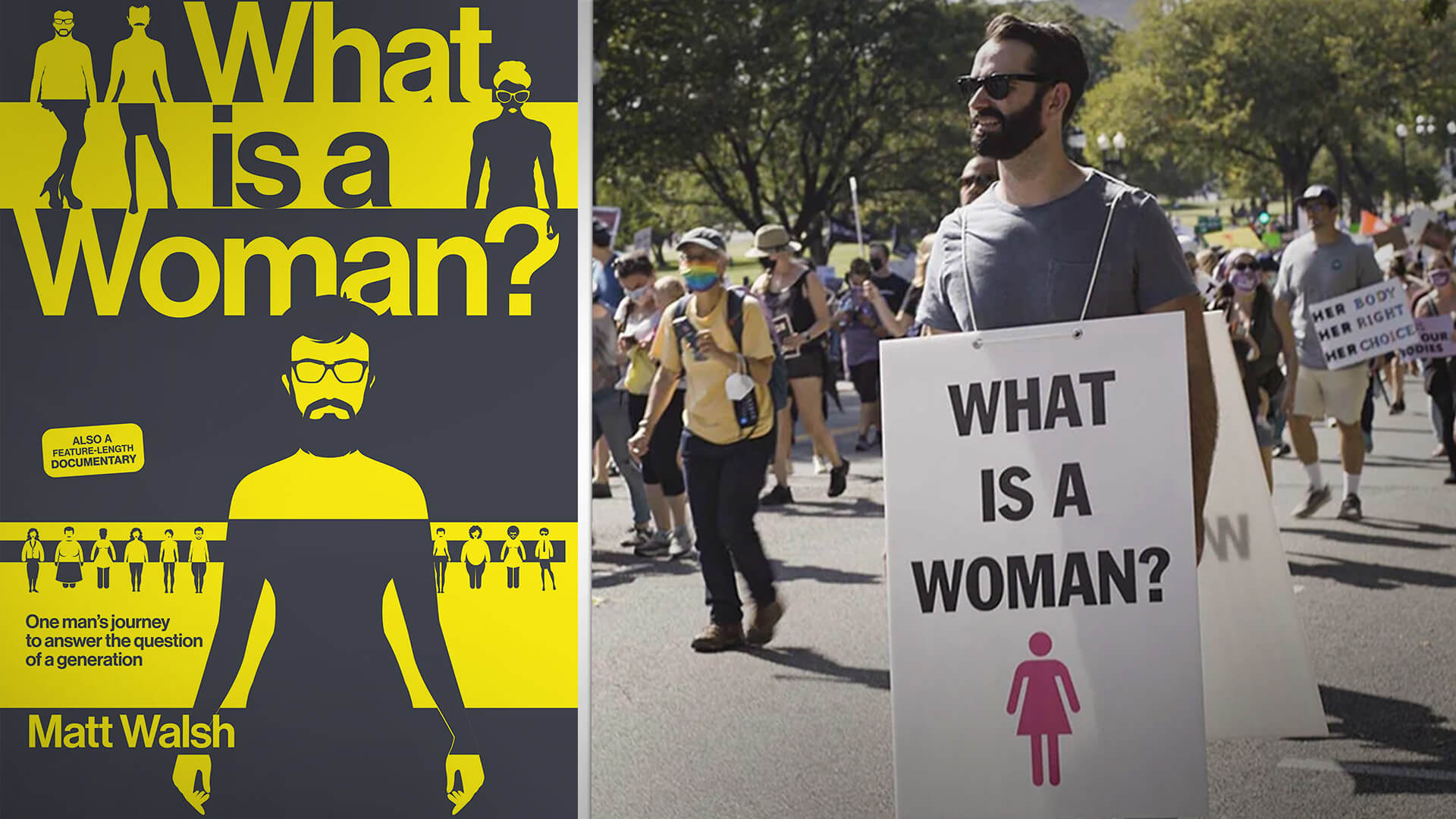 Matt Walsh has released his documentary, “What is a Woman?”

He opens with, “I’ve heard people say that there are no differences between male and female. Those people are idiots.”

The documentary exposes the left’s inability to define the term woman and their abandonment of sense and reason. He interviews so-called “experts”, surgeons, gender ideology professors and more asking the simple question “What is a woman?” Most deny science, reject reality or evade the question.

The documentary begins on a humorous note, as Walsh asks a family therapist, “How do I know if I’m a woman? I mean, I like scented candles and I watch ‘Sex and the City.’”

“What a great question!” the therapist (who has every indication of being a woman) says, nodding and smiling encouragingly.

“So, what is a woman?” Walsh asks. A disconcerted look enters the counselor’s eye: “Great question! But I’m not a woman, so I can’t really answer that.”

“I thought therapy would make me less confused,” Walsh said. Us too, Matt.

Even everyday Americans were too afraid to answer the question. Fear of being labelled  a bigot or transphobe runs deep.

Especially entertaining is Walsh’s trip to the Women’s March—surely they’ll know what a woman is if they’re marching for them, right? But no, the marching women either ignored Walsh or yelled, “Why are you here?”—insinuating that he was a man (without even asking his gender identity, the audacity!) and that a man had no right to attend a women’s march. “How can you have a women’s march if you don’t know what a woman is?” he asked. Touché.

Walsh interviews specialist after specialist, addressing psychological issues and medicalisation of children. He even visited a tribe in Africa to ask them about gender and culture.

Walsh also spoke with a female-to-male transgender Scott Newgent who said,  “I’m a biological woman that medically transitioned to appear like a man through synthetic hormones and surgery,” Newgent said. “I will never be a man. Is it transphobic for me to tell the truth?”

Newgent goes on to describe his regret of enduring gender-reassignment surgery and how fraught with danger it is, despite no-one discussing the risks. “Nobody would help me, including the doctor who did this to me, because I lost my insurance. I probably won’t live very long.”

He also expressed extreme concern for the children.

“We’re butchering a generation of children because no one’s willing to talk about anything,” Newgent said. “This is wrong on so many levels. Kids aren’t able to consent.”

Kirralie Smith, spokeswoman for Binary, said the documentary is timely and very important.

“We have been asking every minister for women, both state and federal, to define the term ‘woman’ for the past few years,” she said.

“All refuse and parrot the nonsensical statement that anyone who identifies as a woman is a woman.

“Walsh’s documentary highlights the idiocy and danger of this pathway. It needs to be shared far and wide.”