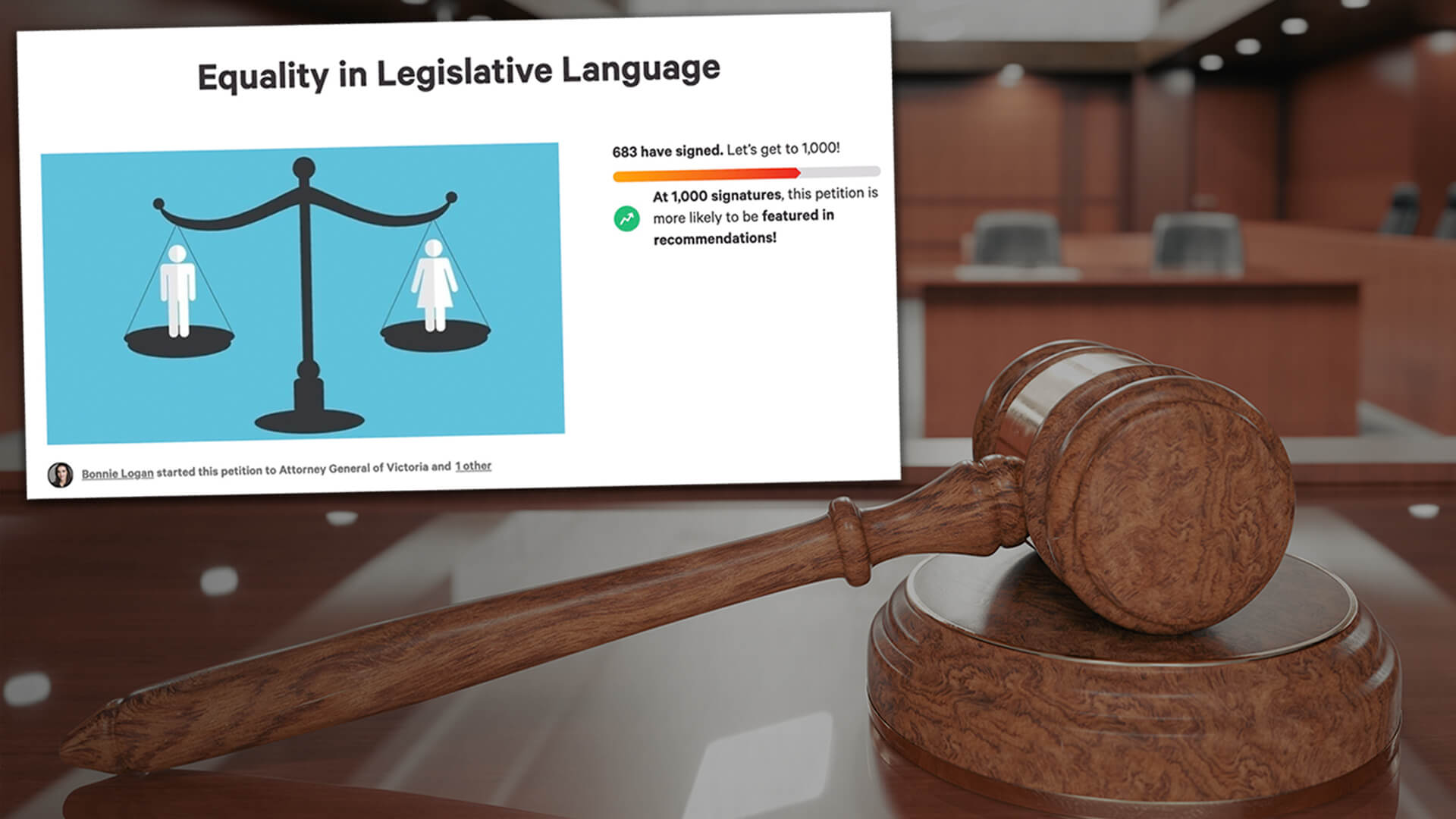 Her desire is that all legislation would be changed to appease non-binary people. Her campaign wants to see the word “he”, which has always represented every person in law, to the trendy non-binary pronoun “they”.

She has said on Twitter: “Having such important texts based on the notion that ‘he’ represents every person is outdated and damaging. Women, or people who don’t identify as men, shouldn’t need to work around this norm anymore.”

Logan has requested a meeting with the Victorian Attorney-General and her campaign has received expressions of support from the Law Institute of Victoria, the Victorian Equal Opportunity and Human Rights Commission and the Commission for Gender Equality in the Public Sector.

Peter Craven warned in The Australian that when approaching the language in law we must be very careful. He wrote, “One thing we should not do is enshrine bad English in the language of the law and that is what would happen if we were to substitute ‘they’ for ‘he’.”

“The term ‘he’ in law is only offensive to people who are pushing a politically charged burrow,” she said.

“It is pure political activism. Changing ‘he’ to ‘they’ in all legislation won’t do a thing to protect women and children from real life abuse or discrimination.

“Maybe these bright young sparks would do better to concentrate on defining the terms man and woman, so as to protect girls and women in sport, business, shelters, prisons, and changerooms.”