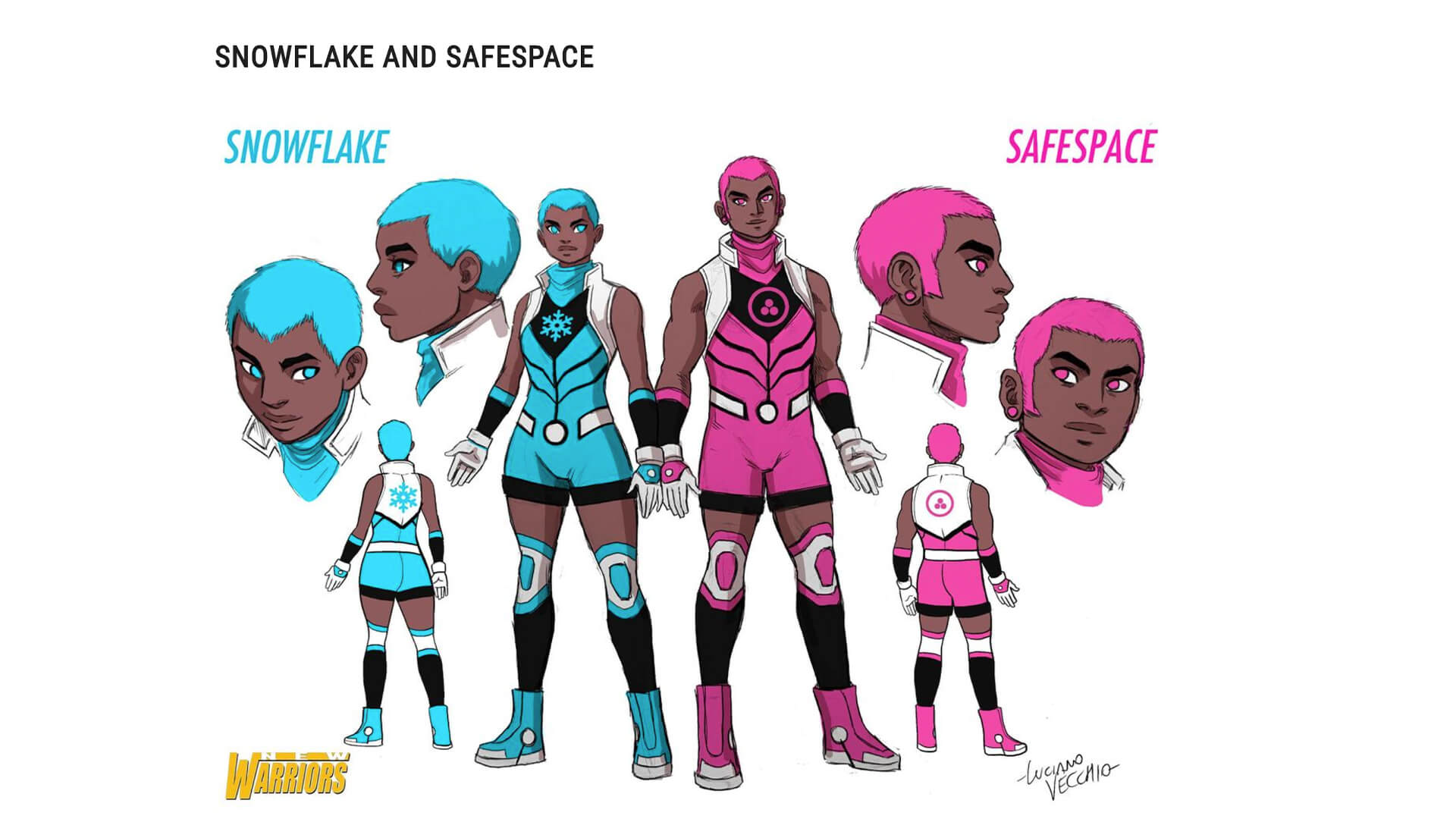 Marvel has dedicated itself to the entertainment of the masses for decades. Since 2007, 23 films have been produced that have delighted crowds around the globe. In addition, Marvel comics have provided thousands of superheroes and villains to love or hate.

Now, in the midst of the global coronavirus pandemic, they have released several new characters. As people bunker down and seek out entertainment while they socially distance themselves from others, Marvel have unwittingly offended – everyone.

The Marvel website recently announced the “New Warriors”. Among them are twins “Snowflake and Safespace”.

Psychic Twins. “All twins are psychic, but we’re psychic-er.” Snowflake, a cryokinetic, can materialize snowflake-shaped shuriken projectiles for throwing. Safespace can materialize pink forcefields, but he can’t inhabit them himself, the reflex only works if he’s protecting others. They’re hyper aware of modern culture and optics, and they see their Super Heroics as “a post-ironic meditation on using violence to combat bullying.” They're probably streaming this.

"Safespace is a big, burly, sort of stereotypical jock. He can create forcefields, but he can only trigger them if he's protecting somebody else. Snowflake is non-binary and goes by they/them, and has the power to generate individual crystalized snowflake-shaped shurikens. The connotations of the word 'snowflake' in our culture right now are something fragile, and this is a character who is turning it into something sharp.

The terms ‘safespace’ and ‘snowflake’ are bandied around frequently on social media as insults. They refer particularly to millennials who can’t handle reality and think being misgendered is enough to cause a meltdown.

The creators want these characters to wear their traits and names as badges of honour.

There is endless criticism of the characters on Twitter, from people in both the left and right camps. Many have said they thought it was satire or a parody. Gender activists are insulted that the first non-binary character is called “snowflake” (oh the irony), and many fans claim it is ridiculous and a poor attempt at appeasing ‘woke’ culture.

“The names of these new characters seem to be poking fun at the very people Marvel are attempting to appease,” said Kirralie Smith Binary spokeswoman.

“The terms snowflake and safespace are derogatory. By design. They highlight the fragile and self-centred nature of people who can’t cope with real life and demand special treatment for any level of disappointment they experience. The response to the announcement captures the terms brilliantly. The permanently offended will never wear these terms as badges of honour, nor should they. Maturity and resilience should be the goal, not the normalisation of narcissism.”