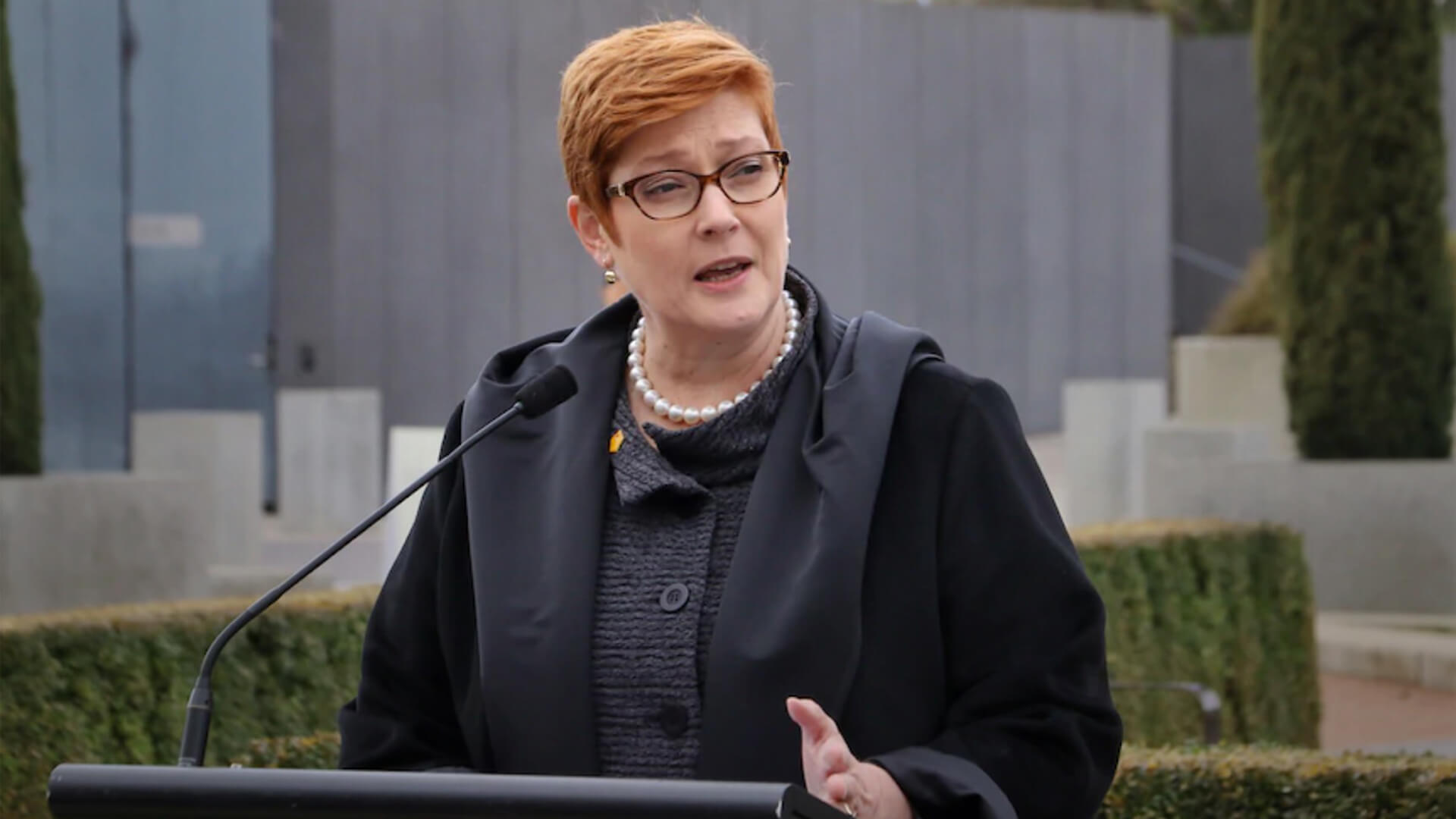 The federal Minister for Women and Foreign Affairs, Marise Payne, must resign.

Payne has actively hindered the protection and progress of women in Australia by defending policies that put women at risk and create an unfair playing field for all women in this nation.

How else can you explain the fact that the Department of Foreign Affairs and Trade, which she is responsible for, has has signed Australia up to endorse a United Nations report that pushes “radical intersectional gender theory and which could be used to deny free speech and demonise women like JK Rowling who have criticised transgender ideology”?

The report says “gender is a social construct” and calls on governments to “(ensure) minors have access to recognition of their gender identity”. In other words, kids should be allowed to choose their gender on the basis of self-identification alone.

When specifically asked to define the term woman, she refused.

Her office told Binary, “the Australian Government recognises that individuals may identify and be recognised within the community as a gender other than the sex they were assigned at birth or during infancy, or as a gender which is not exclusively male or female”.

That is not a definition. How can someone identify as something else if it is not defined?

While in charge of the Office for Women, Payne has overseen and rubber-stamped policies and programs that harm women. She has refused to challenge or object to policies of government departments that reduce women to a costume, feeling or stereotype.

Sport Australia champions males who identify as female in sport. Payne is okay with that.

Males are being housed in female prisons across Australia. No word from the Minister for Women.

Radical gender activism is happening in schools. It is a state issue according to Payne and she washes her hands of it.

The Department of Foreign Affairs and Trade signs up to an extremist view of gender and Payne doesn’t even bat an eyelid, even though this has far reaching consequences for women and children in this nation.

It is time this government was held to account.

Marise Payne is unable to define her own portfolio. She is unable to protect or promote the interests of those she supposedly is responsible for – women!

Marise Payne must resign and make way for someone who will actually do the job of creating and upholding policies that favour women.