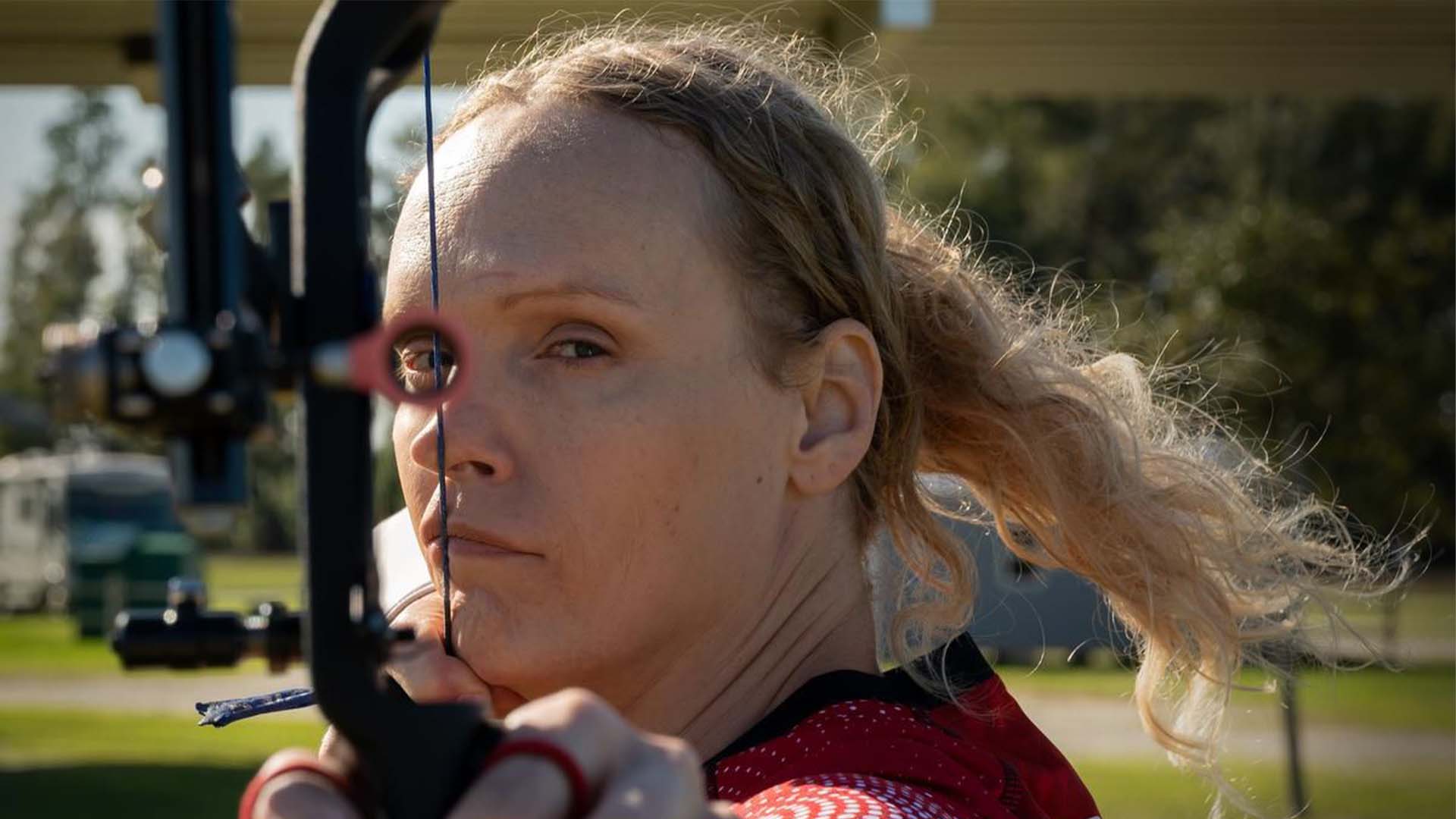 The Canadian Olympic Team has included a biological male in a female archery competition.

They have done it on the hush, hush – clearly not concerned by the fact another woman has lost her rightful place to a man who is appropriating womanhood. There is no mention by them that Barrett is a male competing as a female.

Stephanie Barrett is a 42 year old Canadian computer game developer who, aged 37, took up archery. Within two years Barrett won gold at the 2018 Canadian Field and Target Championships, and this year Barrett equaled the Canadian women’s record by shooting 652 at the World Cup, and won the silver medal in the American Continental Qualification Tournament, ensuring qualification for Tokyo.

Barrett tweeted about his ‘transition’ to appear female in 2012. The tweet has been archived but still accessible and states “four years ago today I began my HRT; less than three months to go until my SRS. Wow!” HRT is hormone replacement therapy and SRS refers to sex reassignment surgery.

The Canadian Olympic Team, along with the media, completely ignored the fact he is a man imitating a woman. It appears as though Barrett himself has gone to great lengths to cover up the fact he only appears female due to daily drug taking and cosmetic surgery. None of his social media or interviews refer to the fact he is transgender.

Binary spokeswoman, Kirralie Smith, said his inclusion in the team was deceptive and unfair.

“Male athletes have a distinct and scientifically provable advantage over females in sport,” she said.

“It is the whole reason there are two separate categories to begin with. Males who claim to identify as female are stealing places from women who have trained, competed and qualified for their position.

“No male should ever be permitted to compete as female as it is impossible to actually become female via costumes, drugs or surgery.”