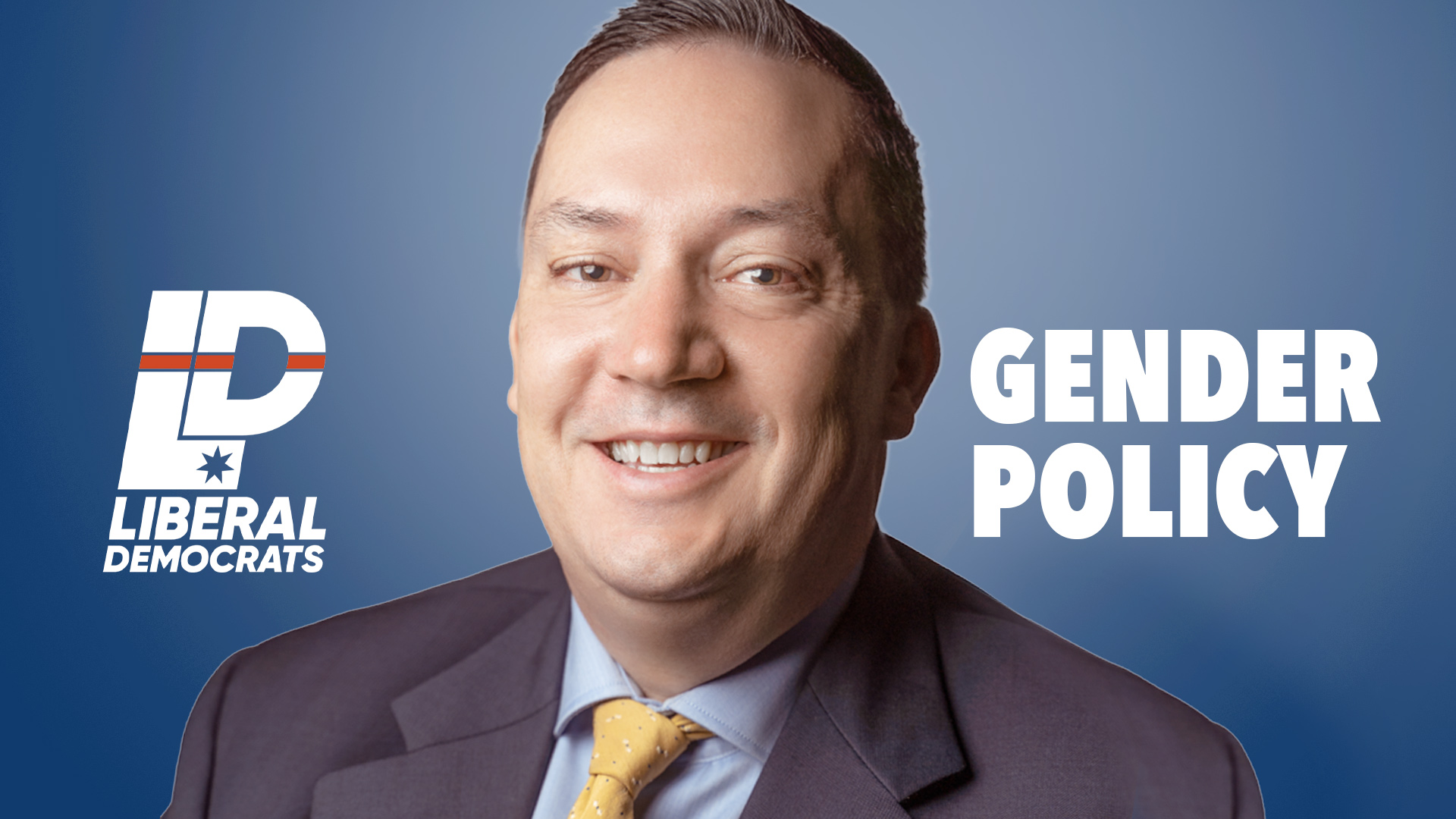 Binary has asked the major parties, along with some minor parties, specific questions regarding their policies on gender issues during this federal election.

The response by NSW Senate Candidate for the Liberal Democrats, John Ruddick, is worth your consideration.

Binary (B): Do you recognise the importance of biological sex when defining who is a woman?

John Ruddick (JR) Yes.  Biological sex is the paramount factor when defining what a woman is.

B: Do you support the right of parents to say “no” to the transitioning of their child?

JR: Absolutely.  The parent must be the ultimate decision maker at least until the age of 18.

B: Do you support a ban on transgender ideology in schools?

JR: We have a nuanced position here.  The first thing to understand is our school policy.  We believe strongly in decentralised schools.  We support the government giving all parents a voucher each year worth around $20,000 … and then the parents decide which school they want to give that voucher to in exchange for a year of education.  This will result in lots of small schools and specialist schools.  The parents and teachers will set the curriculum with no more than light touch regulation.  We recognise that no-one cares for the student more than the parents and the more empowered they are the better the school will be.  Under this decentralised model some schools may choose to market themselves as a particularly friendly school for transgender students and others will market themselves as excluding transgender students.  Most schools I suspect would see little change – if a student announces they are transgender then I suspect in most cases life would go on as normal.  The government would have no role in setting the rules and each school would be empowered to set their own policy.  There would be many different approaches and over time society in general will come to a conclusion about this issue.

B: Do you believe women's sport should be for biological women only?

JR: Personally I feel strongly that women’s sport should be exclusively for women only.  The bigger question that the Liberal Democrats want to answer is this – what role should the government have in this matter?  Liberal and Labor believe that Canberra needs to set a rule that applies uniformly to the entire nation.  If we take that approach then the issue gets thrown around as a political football and the law will change from time to time with new governments etc.  The Liberal Democrat approach is similar to our education approach – devolve the decision making to the local sporting association.  They should have the power to set their own rules and once they have set their rules the government should stay away and let them be.  I suspect if this approach is taken then few sporting bodies will accept transgender athletes but if a voluntary sporting association is formed and they want to welcome transgender athletes then they should be free to do so.

B: Do you believe women's spaces (bathrooms, prisons etc) should be for biological women only?

JR: Yes – this is self-evident common sense.  The risk of dangerous predators masquerading as transgender and entering women’s bathrooms and prisons is too high.

Ruddick further commented that gender issues have been present in culture throughout history.

“The Books of Moses are around 3,500 years old and they refer to transvestites.  Putting aside that Moses considered the practice a crime, the mere fact there was a law precisely on this issue tells us that transgenderism is an ancient practice.  Many cultures (old and new) have seen this phenomenon so I accept that (for as yet unknown reasons) some humans have a strong impulse to identify as the gender that is not their biological gender.  I also recognise a number of people are born with atypical genitalia.  Both these groups should be treated with dignity.  We should be mindful that in most of human history they have suffered various degrees of persecution.  That said, I am convinced that much of the recent surge in transgenderism is a response to a social fad that is been endlessly pumped by politicians and media.  In the 1980s anorexia nervosa was endlessly in the news and so society had escalating anorexia nervosa.  But then the media stopped talking about anorexia nervosa and while that condition has not disappeared cases are lower.  In a similar way the more we talk up transgenderism, the more we will have transgenderism.”

Teenagers are vulnerable people.  Even those who grow up in comfortable loving homes go through a phase of self-doubt and confusion.  I suspect some of those transitioning are teenagers in a period of angst who have been encouraged to make an irreversible and life-changing decision that they may regret.  I also suspect in the future that the efforts of people like Kirralie Smith will be rightly honoured.”