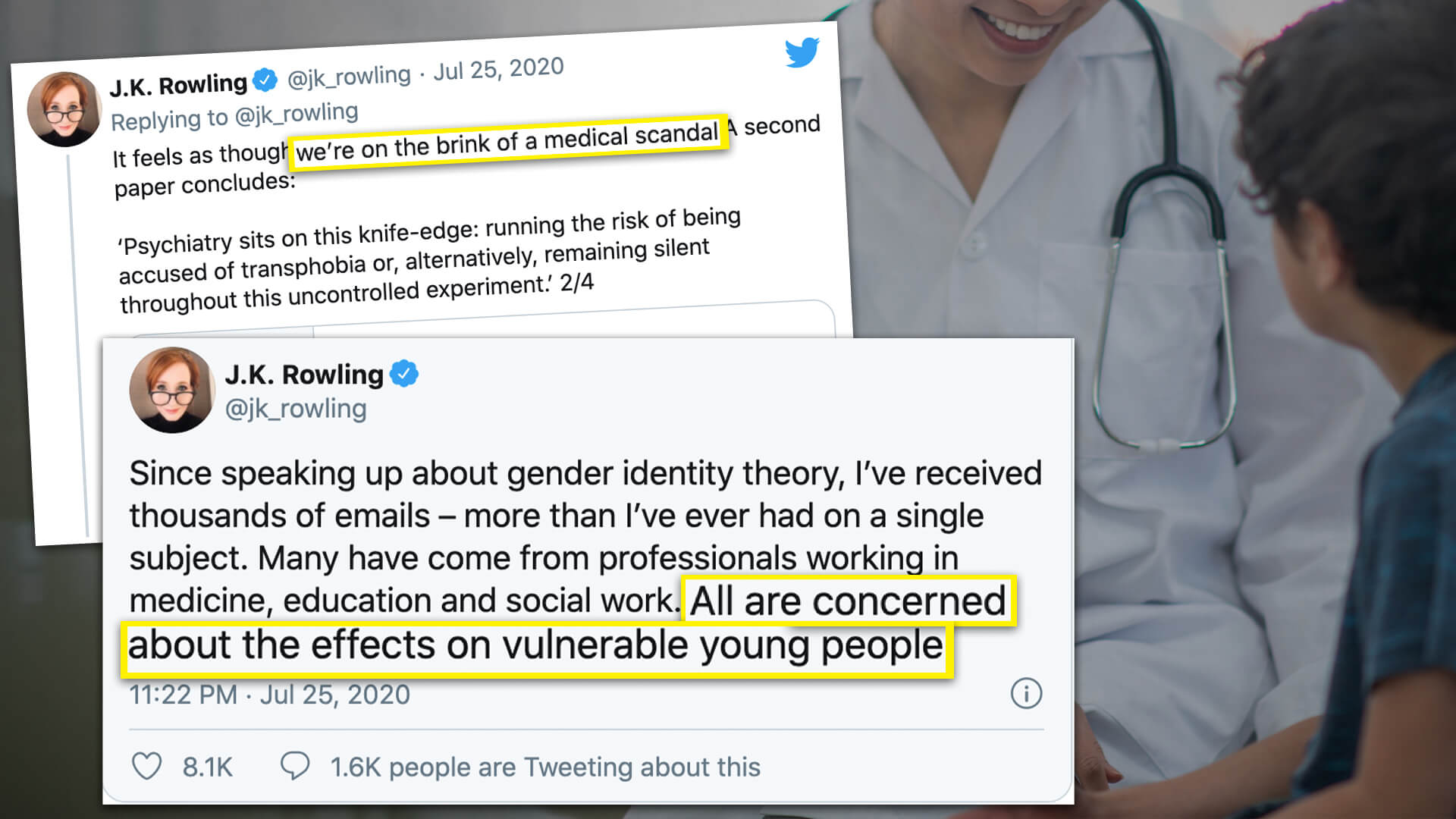 Author JK Rowling refuses to be bullied out of the ring. Since first speaking up for women’s sex-based rights in light of the aggressive trans movement she has received thousands of written responses encouraging her to hold her position.

Despite being harassed and threatened Rowling has continued to expose the growing concerns many have with the current trans trend.

Her latest comments, posted to her Twitter account Saturday, see her predicting a scandal will “erupt,” as she referenced a letter written by “whistleblowers.”

Writing on Twitter, Rowling said: “Since speaking up about gender identity theory, I’ve received thousands of emails — more than I’ve ever had on a single subject.

“Many have come from professionals working in medicine, education and social work. All are concerned about the effects on vulnerable young people.”

Referring to a post from the Transgender Trend website, she added: “The writers of this letter are just two of a growing number of whistleblowers.

“The bleak truth is that if and when the scandal does erupt, nobody currently cheering this movement on will be able to credibly claim ‘we couldn’t have known.’”

“Radical gender activists and their enablers in government will be without excuse. Already the number of de-transitioners is rapidly increasing. Sadly, many young women are admitting they should never have been allowed to walk down the medical or surgical pathway. They were not adequately warned of the risks nor their underlying issues treated. Rowling is bravely shining a light on this issue that requires immediate examination and someone with her profile may be able to help achieve this.”