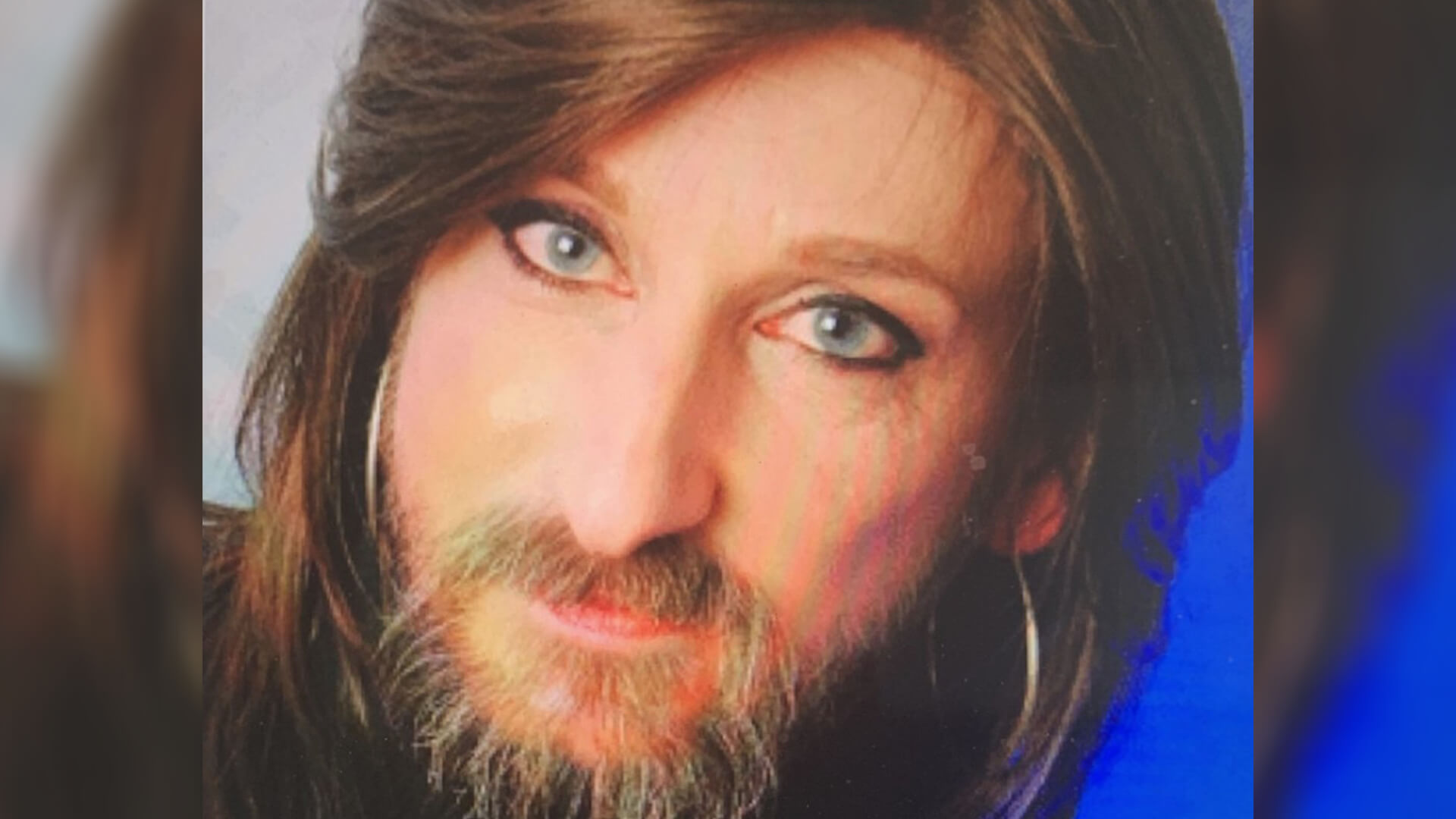 The first time the author was blasted for being ‘anti-trans’ was late last year when she tweeted supported for a woman who lost her job for stating men cannot become women. 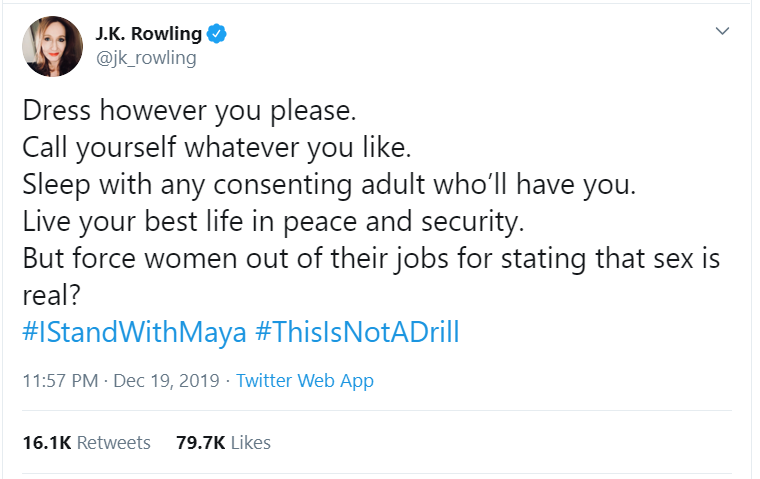 Now she is facing the wrath of radical gender activists for liking this tweet by Fred Sergeant, who is a gay activist and Stonewell veteran. He was involved in the first Pride event and now campaigns to remove the “T” from the “LGB” community. 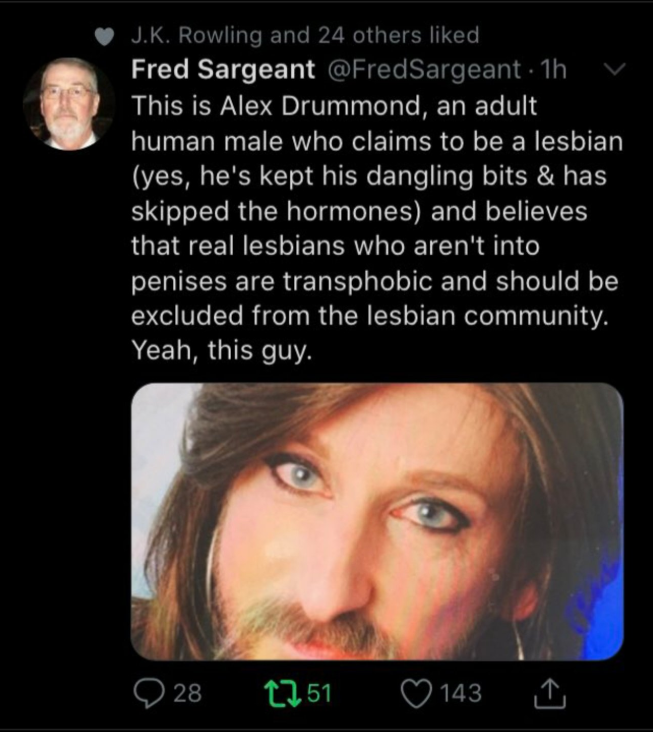 Rowling and Sergeant have been heavily criticised for their position. It is another example of aggressive rainbow activists resorting to insults and name-calling in an attempt to bully their opposition. Facts are ignored while fantasy is celebrated.

“This author and activist have simply spoken the truth. Men cannot be women; feelings do not change facts. The reality is men can never become women and vice versa.”

“Alex Drummond, calling himself a woman and a lesbian, makes a mockery of language. Definitions are important. They are the foundation of law, civility, and social harmony. Redefining words has very serious implications. In this case, it is dangerous for women. As more males identify as females, they put the security, safety and identity of real women at risk.”