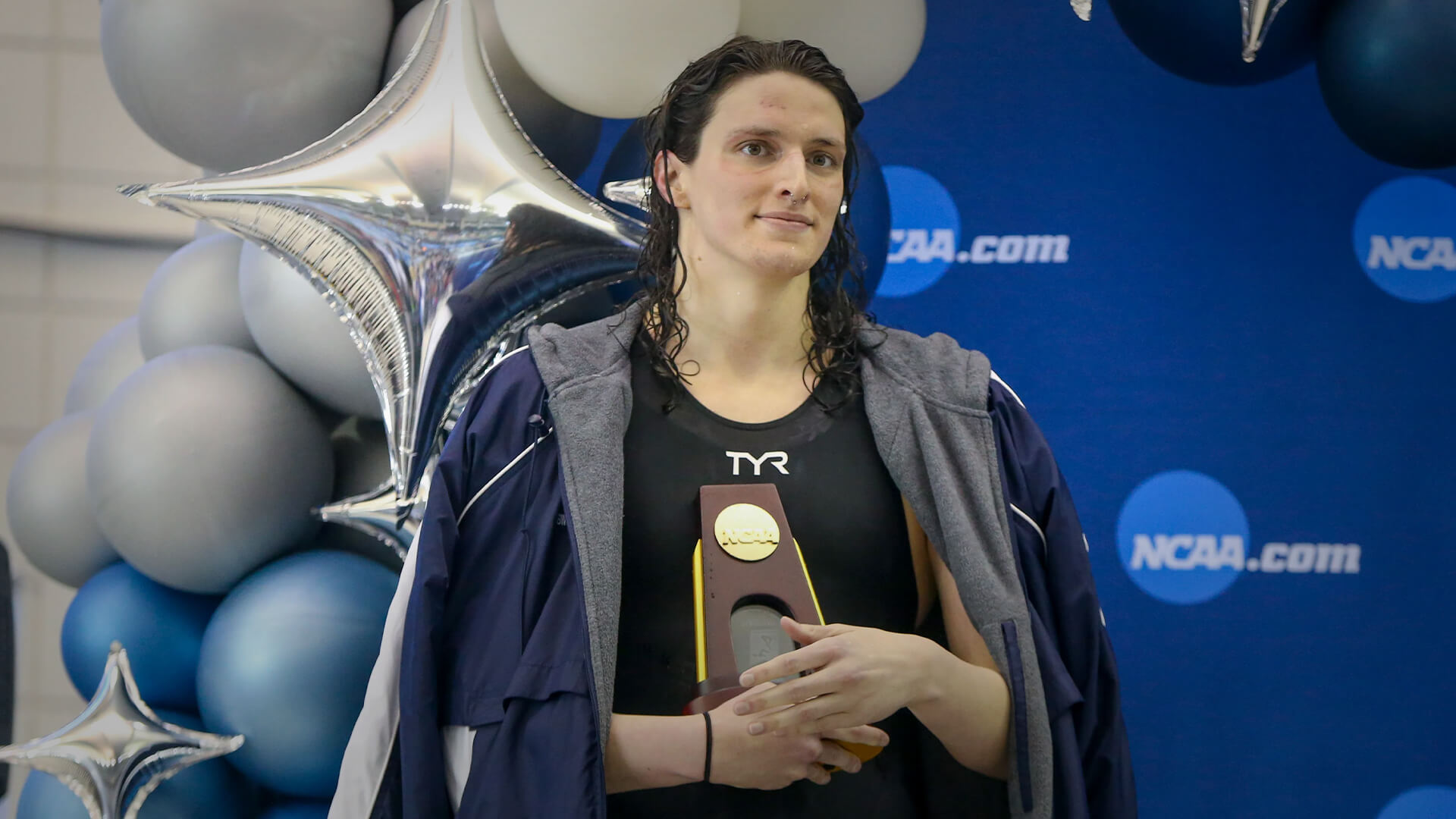 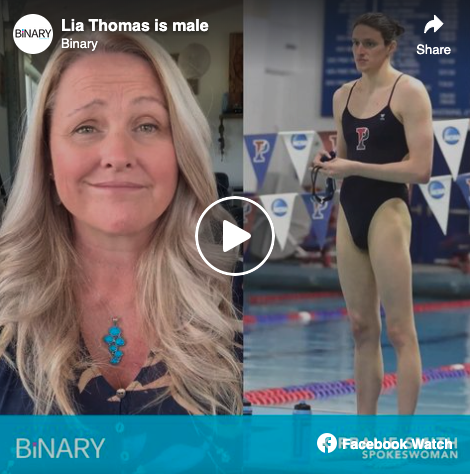 Always was. Always will be.

It is written on every single cell in his body.

No costume, name change, or daily drug dependency can change the facts.

He is a man and he is making a mockery of women’s swimming in the US that has a ripple effect throughout the world.

Ranked 459 as a bloke he is now dominating in the pool, shredding seconds off women’s records and humiliating females who have trained and sacrificed so much for so long to make it to the elite level where not just a podium finish is up for grabs – but valuable scholarships, sponsorships and a position on the Olympic team.

Thomas is robbing women of their rightful place and dignity.

Thomas is polarising society because he demands the right to be accepted as a woman. He has no regard for the damage and pain he is inflicting. Nor do his supporters. They are pursuing maximum damage and laughing at anyone who stands in their way.

They mock and they threaten and claim that ‘feeling’ like a woman makes him one.

Female is not a feeling.

Female is not a costume.

Female is not a pill you can pop.

Female is a lived, biological reality that has glorious and difficult ramifications regardless of shape, size, ability, functionality or feelings – all of which are varied and unique and amazing and wonderful in their own ways.

A female is not male. Never was. Never will be.

Most people with even a sliver of decency, can understand male and female is determined by biology. Chromosomes, gametes, reproductive systems. It requires an Olympic level of mental gymnastics to believe that anyone can change their sex. No one ever has. There is no proof anyone ever will.

Feelings are not measurable or standardised so trying to claim the terms ‘man’ or ‘woman’ are legitimatised by feelings is ludicrous.

We have a huge problem in this country that too many people underestimate.

No politician is willing to define the terms man or woman.

The Prime Minister won’t do it.

No state premier will do it.

Not one minister for women will do it.

In 2013 the Labor government of the day removed references to biological sex from the Sex Discrimination Act.

There is no longer any defence in the Sex Discrimination Act for biological sex. The only protections offered are for those appropriating the opposite sex.

Any bloke who wants to appropriate being a woman by reinforcing out-dated and rigid stereotypes has more protection under the sex discrimination act than a biological female who takes exception to a male in her changeroom, sport, girl guides tent, prison cell or rape crisis shelter.

Donning a frock, long hair, lipstick, being a daily drug user or mutilating perfectly healthy body parts via surgery is considered more precious and valuable than being born female and having a lived experience as a female with all that our biology brings.

The same goes the other way, however, it is not exploited anywhere near as much, because let’s face reality, females appropriating the male sex pose very little threat to men.

Will men’s sport be devastated by a girl pretending to be a bloke? Will boardrooms suddenly be filled with women in power suits and buzz cuts? Will male prisoners or victims of rape be seriously threatened by females wanting to assault them?

How long will it be until Australia has its own version of Lia Thomas?

We already have a few fame-seeking males who appropriate womanhood on the sporting field, but none are yet to dominate at the same level as Thomas does in the US.

But it won’t long.

The stage is now set. Because our political representatives refuse to speak truth and defend biological reality, because of the twisted minds that control the media narrative and because of radical political extremists, little girls and grown women now face a real threat.

Not just threats to sporting titles or meaningless “woman of the year” accolades. But real threats to safety and dignity and privacy.

How can we protect men and women if we can’t define them?

How can we celebrate men and women if we can’t define them?

It is up to us to demand a return to reality – because our politicians and the media are too gutless or wicked to do so.