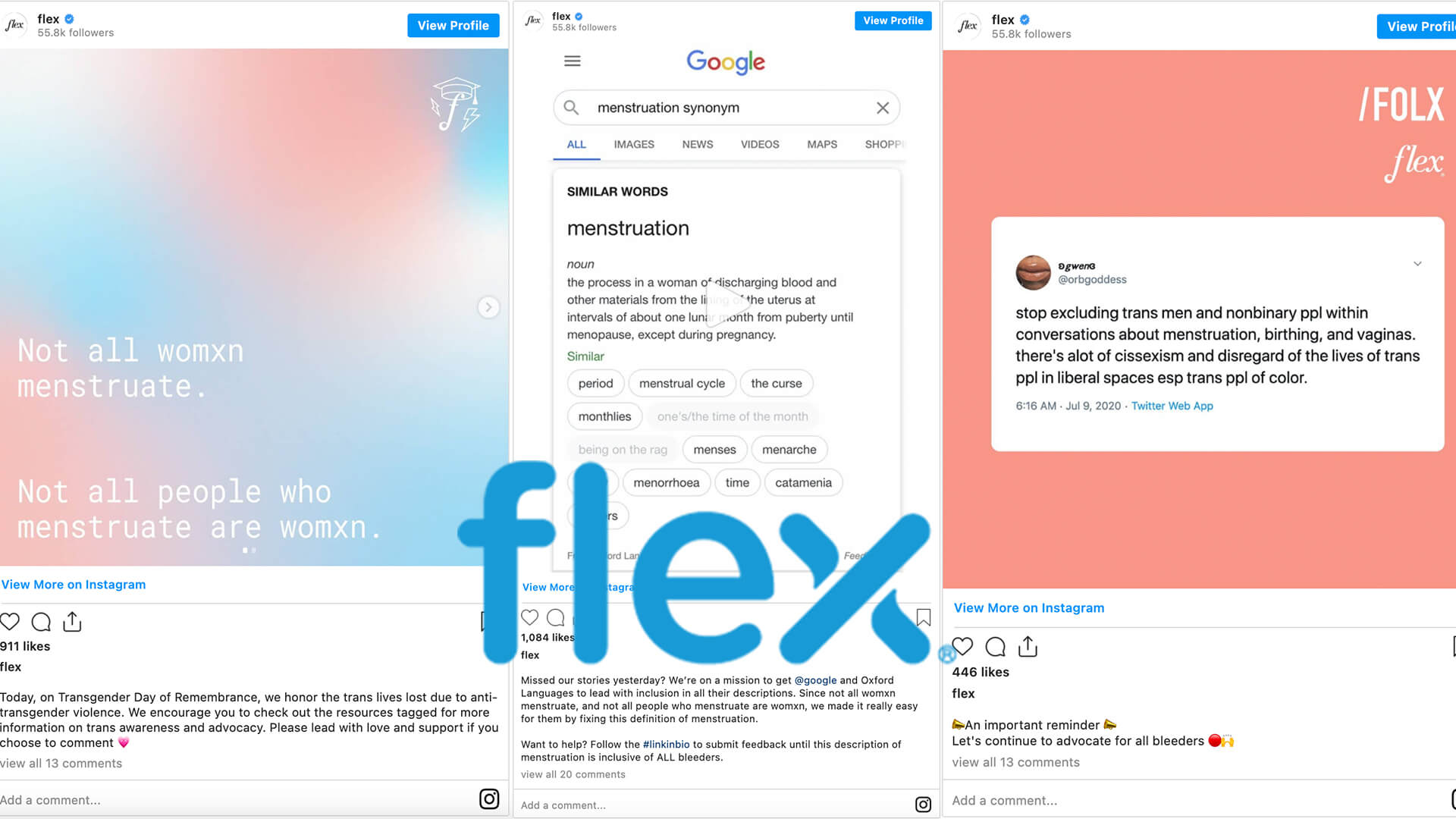 The nonsense is never ending. Another company is championing transgender causes in a blatant defiance of science and common sense.

Periods are often defined as a women's issue — literally. If you Google the word "menstruation", among the thousands of search results you'll find Oxford Languages' definition, which describes menstruation as a process experienced by a woman. But that statement isn't entirely true. Why? Because cisgender women aren't the only people who menstruate. Transgender men and non-binary people can, too.

To draw attention to that fact, period brand Flex is calling on Google and Oxford Languages to amend its definition of menstruation to be more gender-inclusive. "We're on a mission to get @google and Oxford Languages to lead with inclusion in all their descriptions," Flex shared in an Instagram post. "Since not all womxn menstruate, and not all people who menstruate are womxn, we made it really easy for them by fixing this definition of menstruation."

In the same post, Flex included a GIF showing Oxford Languages' current definition of menstruation as displayed on Google. It reads: "the process in a woman of discharging blood and other materials from the lining of the uterus at intervals of about one lunar month from puberty until menopause, except during pregnancy." But the GIF also includes a Photoshopped red strike-through across the definition's gender-specific phrase "in a woman".

“Only women have periods. We are not womxn, we are women. Activists are unapologetic in their rejection of science, logic and reality. When companies appease this sort of nonsensical activism they lose credibility and business. Social engineering of this kind is radical and ridiculous. It must be rejected outright.”