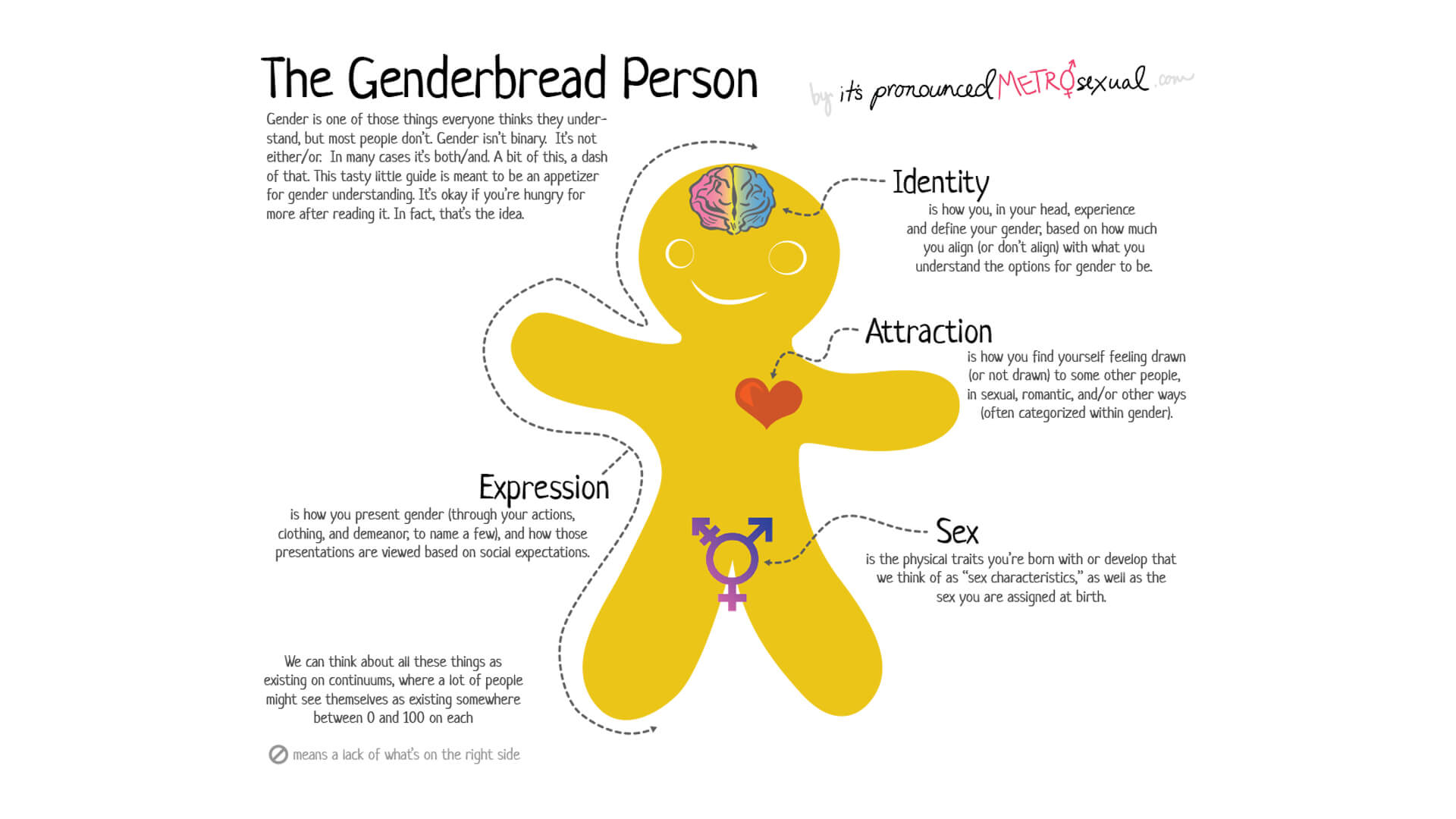 Banned 3 years ago in NSW, the teen sex talk “Genderbread Person’’ has reared its ugly head again in Queensland...  At taxpayers’ expense.

The Courier Mail reported: “Queensland Health is sending a sexual health doctor to some Brisbane high schools to ‘expand the idea of sexuality beyond the narrow focus of sex and genitals’’’.

The Genderbread.org website states that “gender identity, gender expression, biological sex, and sexual orientation exist independent of one another’ and that gender identity can be anywhere along a line between “woman-ness’’ and “man-ness’’.

“If someone is born with male reproductive organs and genitalia, he is very likely to be raised as a boy, identify as a man, and express himself masculinely.’’

“We call this identity ‘cisgender’ — when your biological sex aligns with how you identify — and it grants a lot of privilege.’’

“Gender dysphoria effects a very small amount of the population. Yet activists are attempting to normalise a transgenderism and call the rest of us privileged.”

“Genderbread teaches kids their instincts are almost always wrong and their gender identity can change dozens of times a day.”

“We need to support confused and vulnerable kids and my fear is that this program will do more harm than good.”

Smith agreed: “Biological science is clear – male or female is written into the code of every cell in our bodies. It doesn’t change because of our feelings. Our chromosomes, hormones, reproductive systems and genitals state our sex.  Telling kids otherwise is to potentially set them up for drastic, often irreversible, treatments that rely on feelings, not facts.”