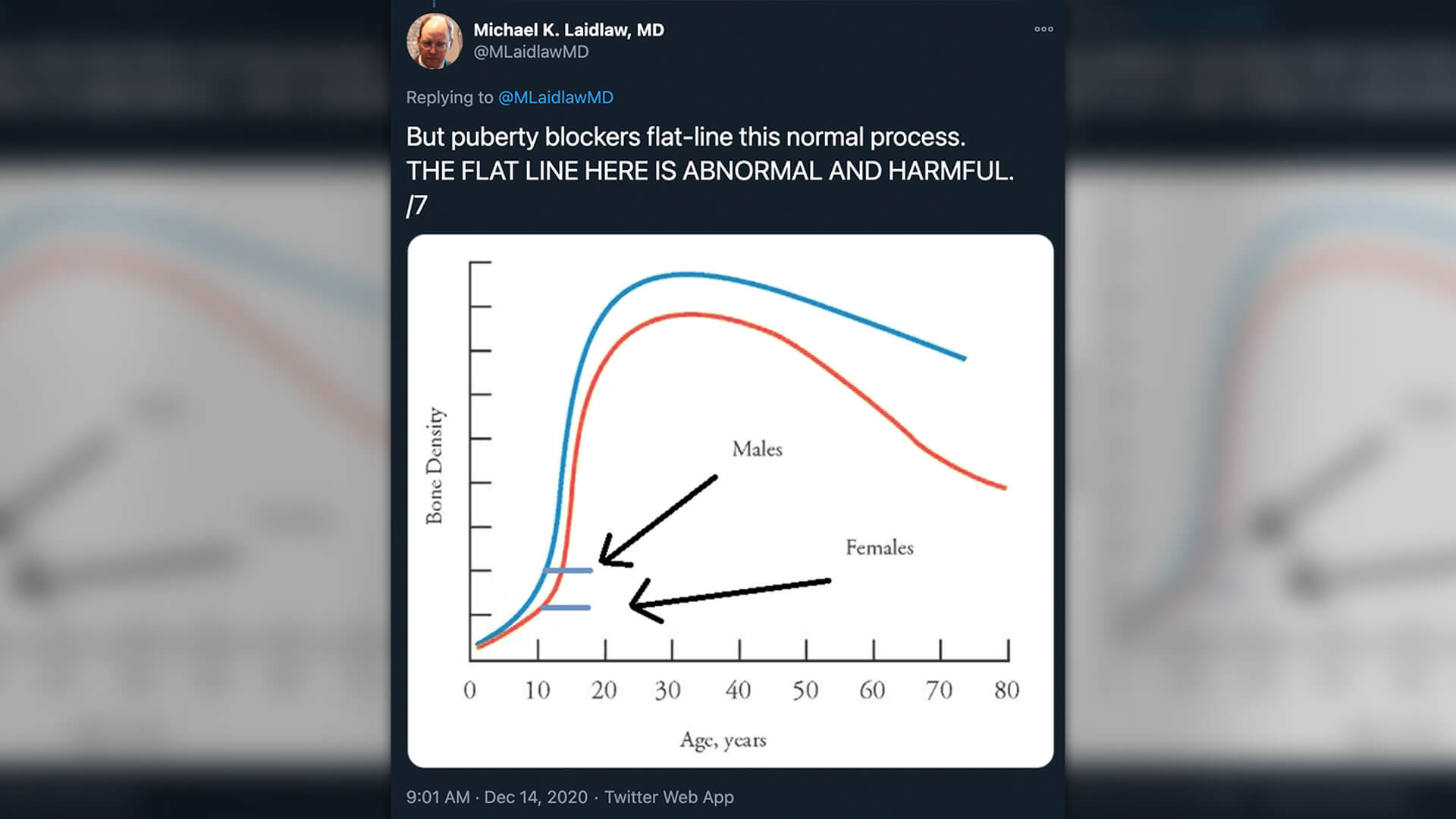 Michael K. Laidlaw, MD is a Practicing Endocrinologist in Rocklin, California. On a recent Twitter thread the doctor revealed the alarming damage done to teens when given puberty blockers.

He began the thread with a graph and the accompanying tweet:

“2020 preprint of Tavistock study on puberty blockers confirms massive decrease in bone density of patients relative to their peers. The graph shows the baseline spine bone density and then the decrease over time.” 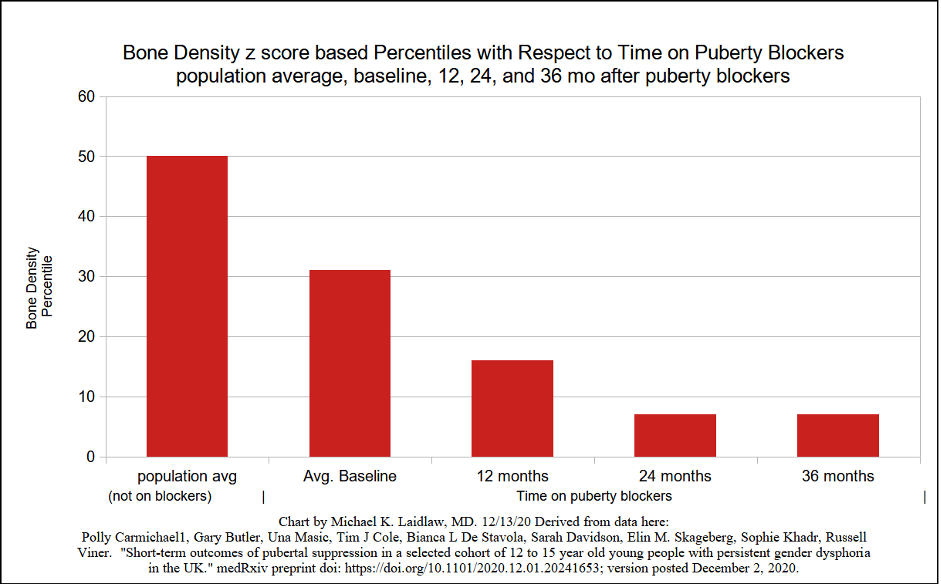 The thread contains many tweets exposing the dangers and misuse of language and information.

Laidlaw stated, “This "treatment" with puberty blockers is leading these adolescents to a much higher risk of early osteoporosis and fractures” and urged readers to note, “But again, like everything in the pro-transing industry, words are meant to deceive. Bone density should NOT BE MAINTAINED during adolescence it should be BUILDING!”

He followed this up with two tweets comparing normal bone density development alongside a graph of those on puberty blockers.

“Here is normal bone building, look at the massive INCREASE in adolescence.” 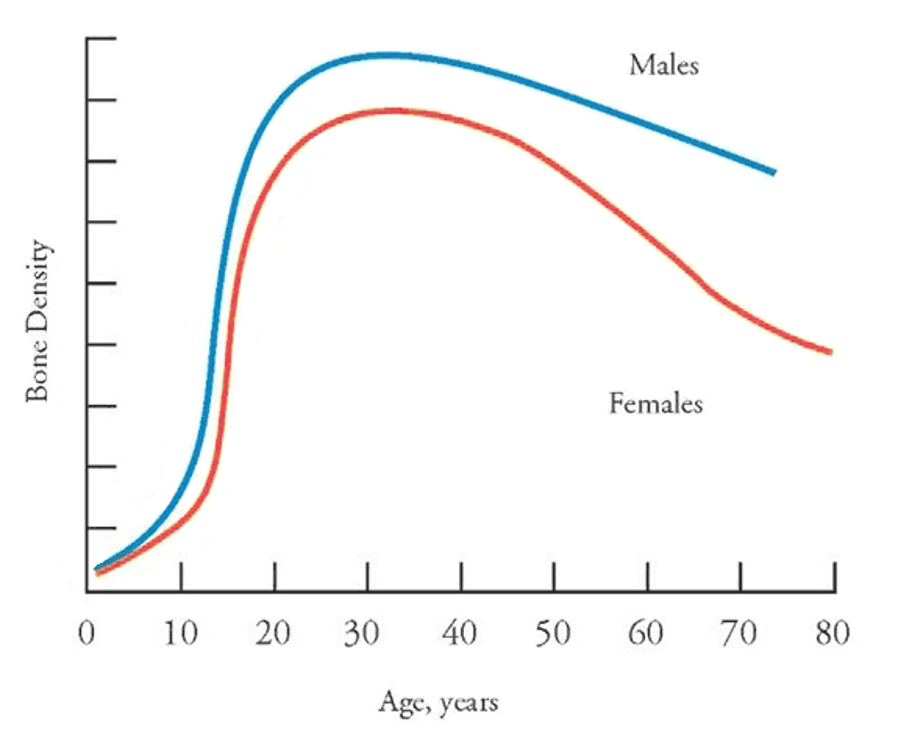 He then tweeted, “But puberty blockers flat-line this normal process.

THE FLAT LINE HERE IS ABNORMAL AND HARMFUL.” 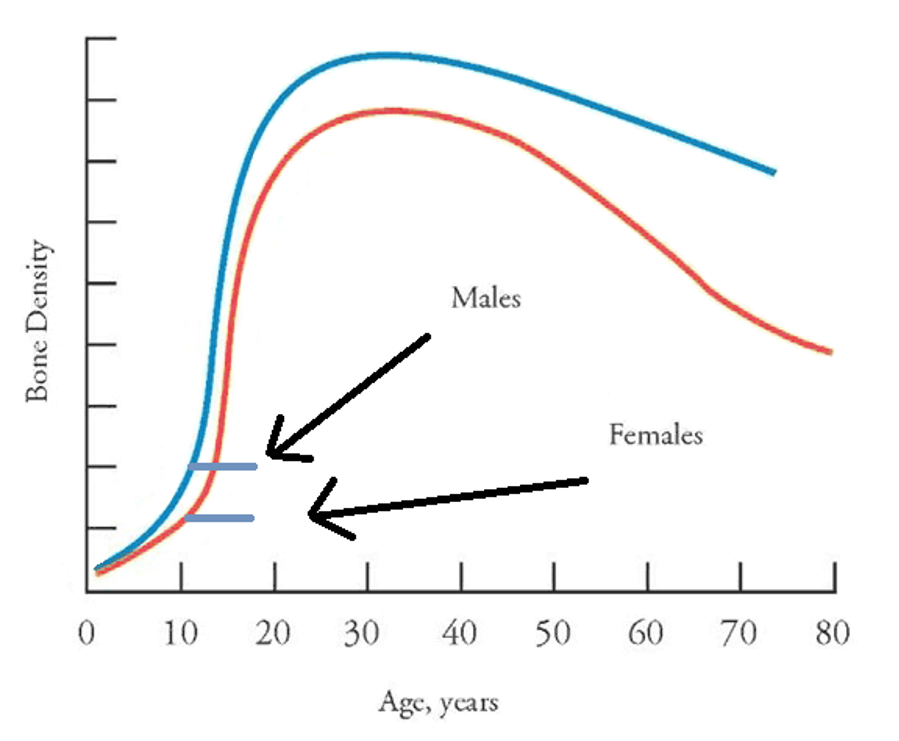 “For too long gender clinics have gotten away with their ideological rhetoric. They have claimed that puberty blockers are merely a pause and have little-to-no unwanted side effects. This evidence clearly shows otherwise.”

“It is time for the media and politicians to stop enabling the dangerous practices carried out by gender activists. It is time to stop the politicisation of a very serious issue. Children deserve accurate, evidence-based science, not emotion-driven, harmful practices for the sake of a radical agenda.”