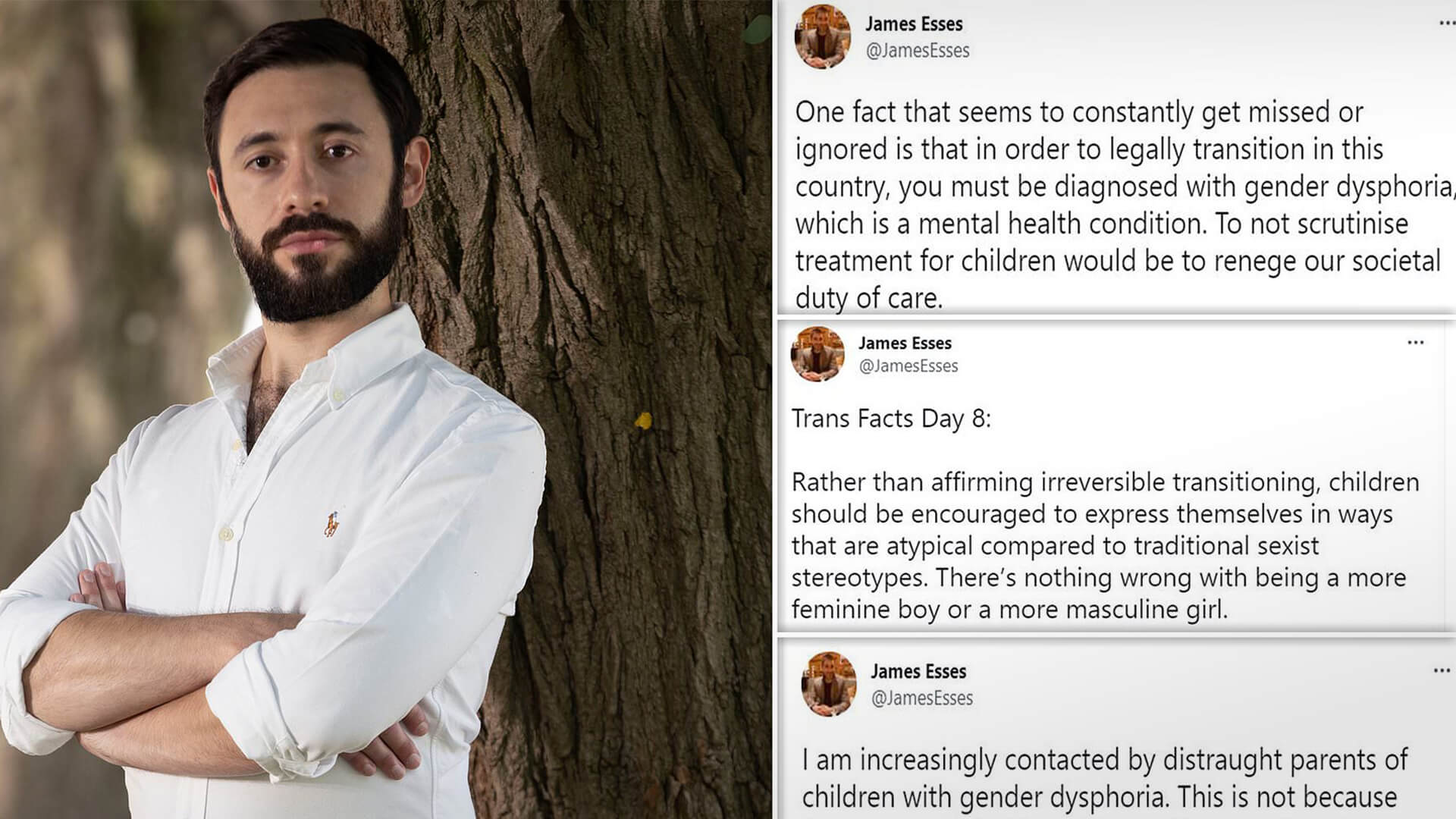 James Esses was expelled from the Metanoia Institute, three years into a five year program, for holding gender critical views.

Esses, formerly a criminal defence barrister, was studying to become a therapist. He was notified via email and offered no option of appeal.

The reason for my expulsion was that I had been trying to safeguard therapy and counselling for vulnerable children with gender dysphoria. I had lodged a public petition, which subsequently got 10,000 signatures and a response from the government, who agreed to many of the safeguards I had been seeking. The petition caused a social media backlash against me and culminated in my expulsion. My course provider needlessly publicised the expulsion on social media. I worry that this has therefore ended my career in my chosen profession before it has even begun.

This was done to me because I hold gender critical beliefs: that sex is biological and immutable. This is particularly relevant in the field of psychotherapy because individuals with gender dysphoria need to be treated in a balanced and holistic way.

Esses and his colleagues assert that while transitioning treatments are appropriate for some, others will require therapy to thoroughly explore underlying reasons for their dysphoria. His desire was to prevent young people pursuing a path of treatment that is often irreversible and an increasing number are coming to regret.

I sought to prevent an approach advocated by gender theory advocates, whereby therapists would be required, on pain of criminal punishment, to solely affirm gender dysphoric clients into their identified gender. This would have caused huge damage to an untold number of vulnerable gender dysphoric individuals, especially children, for whom irreversible hormonal and surgical intervention may not be the appropriate treatment.

Opposing restrictive ‘conversion therapy’ laws has had devastating effects for Esses. He has been expelled, vilified and discriminated against. He is fighting back in court and his crowd-funding page has even drawn the support of heavy-weights such as tennis great Martina Navratilova.

“I hope that the outcome of this case will ensure that students in the future do not suffer the same and that universities learn that they cannot unlawfully discriminate against those who are critical of gender theory,” wrote Esses.

Kirralie Smith, spokeswoman for Binary, said it was an important case to watch.

“It is outrageous that a person can be discriminated against for adhering to sex-based reality,” she said.

“Gender theory is a political ideology that lacks a scientific, evidence-based research to undergird its assertions.

“Esses is right to fight this in court for the sake of other gender critical supporters, and to protect children from extremists who could do untold harm.”