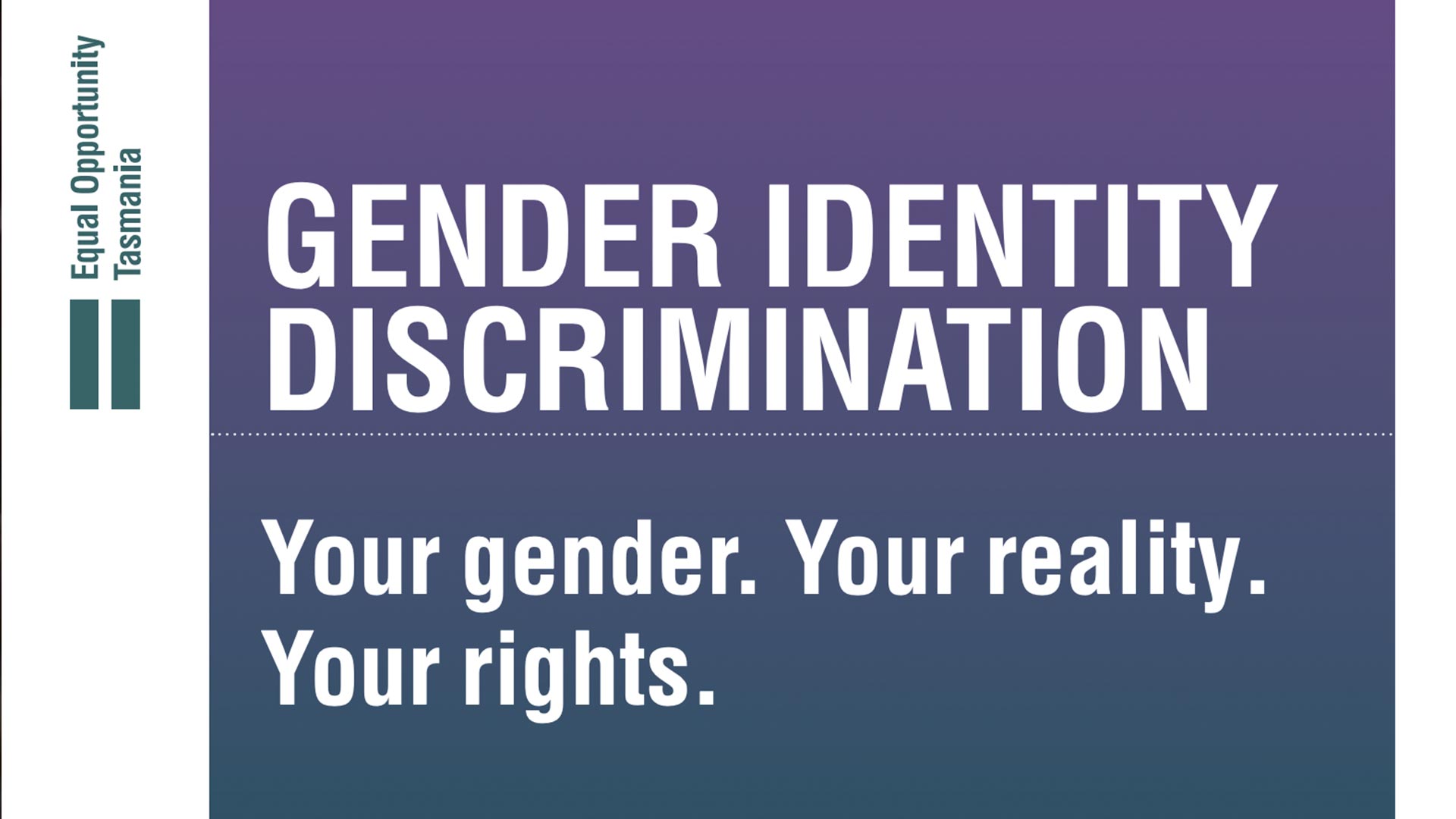 The office of the Anti-Discrimination Commissioner, Equal Opportunity Tasmania has released a document titled: GENDER IDENTITY DISCRIMINATION, Your gender. Your reality. Your rights.

In it they make the claim “A person’s designated sex at birth is irrelevant.”

Listen to that again: A person’s designated sex at birth is irrelevant!

How disconnected from reality would you have to be to believe that?

And the next sentence:

“Nor does it matter what label they choose to describe themselves. Everyone has a right to express their own gender as they wish and to live and behave in accordance with their gender identity.”

I reject that completely. It is outrageous nonsense. It is dangerous and harmful language that hurts females in particular and is detrimental to all of society.

First of all, sex is not designated, it is observed. Biological sex is real, it is binary and it matters – a great deal. It is not irrelevant!

There is male and there is female. That’s all folks. No third sex characteristic has ever been discovered. Not ever.

Yes, there are differing combinations of male and female characteristics that occur very rarely but no third option. It is male or female. That’s it.

Any tertiary educated, government funded lacky who tells you otherwise is an ignorant science-denier or a radical extremist. Sometimes they are both.

For this government, tax-payer funded organisation in Tasmania to state that a person’s sex is irrelevant is beyond comprehension.

To say that everyone has a right to express themselves and live and behave as they wish is a recipe for absolute disaster!

Women do not have a penis and women should not have to share spaces or services with males who appropriate womanhood.

Our daughters should not have to endure males in their bathrooms or on their sporting field.

Our girls should not have to compete with males who play dress ups, or pop pills or cut off perfectly healthy body tissue to make them feel better about themselves.

By all means adults can dress up and pop pills if they want to. That is their prerogative. But to impose it on the rest of society is unacceptable. No person on earth has ever changed sex. No one ever will because sex is written into every single cell in our bodies. It is science friends.

In Tasmania, as a result of this ludicrous piece of dribble, lesbians are being threatened with legal action if they don’t accept males who appropriate their sex. Full grown men, with all the advantages of puberty, with all their bits in tact, are insisting they be treated as women and issuing threats to anyone who dares to point out the obvious - women do not have a penis.

Sporting clubs are threatened with being taken to the Human Rights Commission if they don’t accept these women with a penis.

Little girls are being taught that if boys want to enter their safe spaces and pretend to be girls then they just have to suck it up, be respectful and ignore the reality of biological differences.

Even Senator Claire Chandler was threatened by the Commission for speaking out about biological reality. They dropped the case but they have not dropped their insistence that women can have a penis.

Sex evidenced at birth is no irrelevant. It is reality.

Girls and women deal with menstrual issues, pregnancy, birth and breastfeeding that impact their physical reality in a way men who claim they ‘feel’ like women never can.

What does it mean to even ‘feel’ like a woman? How can those feelings be defined and measured?

Women deal with the lived experience of being female that no male will ever experience.

And the same goes for men. Women who claim to be male have no idea what men deal with on a daily basis. The physical and emotional challenges that come with being male will not be replicated by popping some T – testosterone that is or growing a beard and cutting off perfectly healthy breasts.

All of the changes are superficial and are poor attempts at imitation, pretend, appropriation.

This document, the position that sex is irrelevant, and anyone can behave and live however they want to is obscene and ridiculous and must be fought at every level.

Equal Opportunity Tasmania is off with the fairies and need a healthy dose of reality. Sex is binary. It is real and it is certainly not irrelevant!