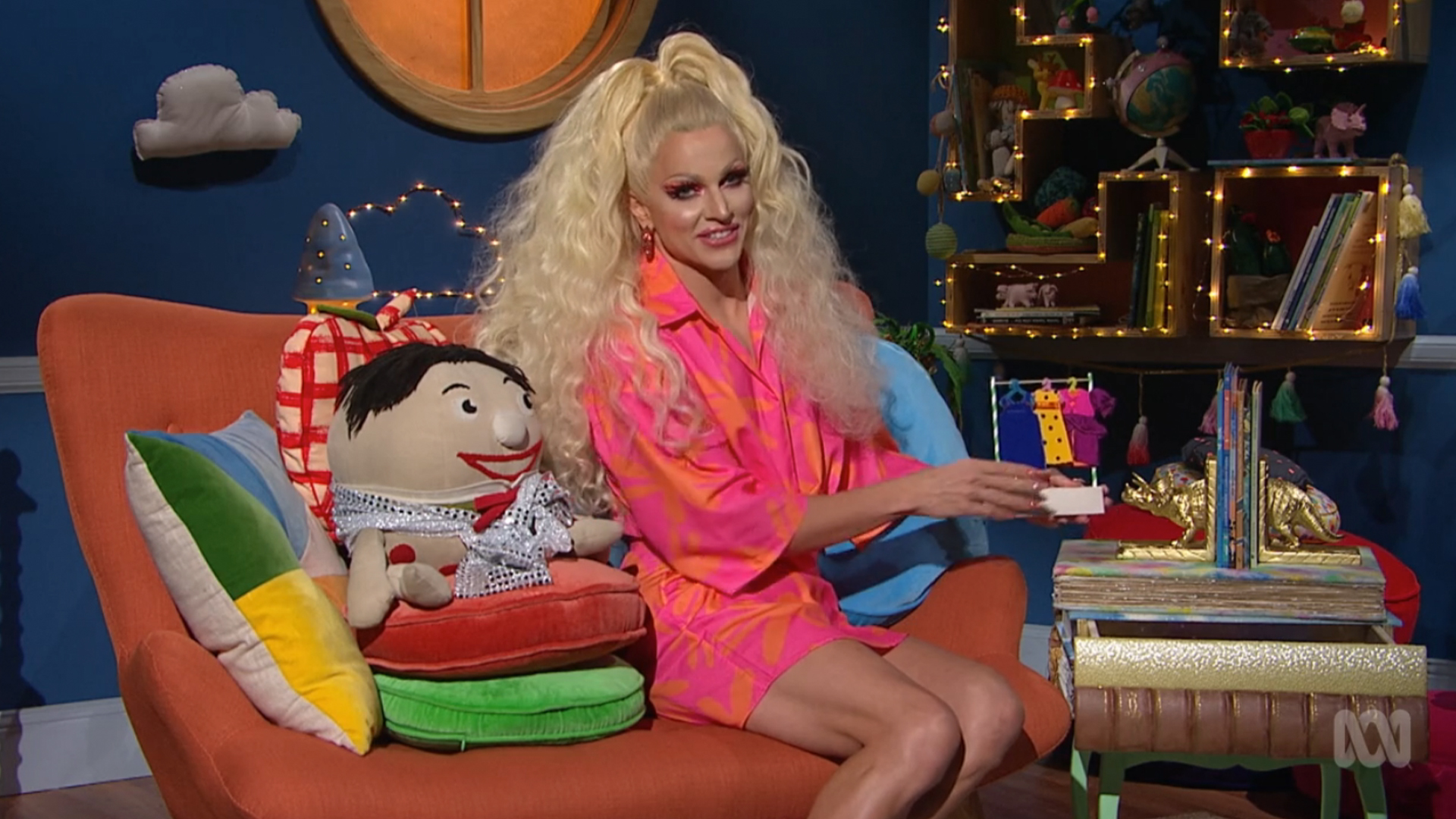 The tax-payer funded ABC has jumped on Drag Queen Story Time, using a bloke who wears “womanface” to read to children.

The drag queen has appeared on a recent episode of Play School, reading a book about costumes.

“Males who appropriate hypersexualised female stereotypes belong in adult-only bars and clubs, not around little children. The tax-payer funded ABC is pushing it’s own politicised agenda at the expense of children. They wouldn’t dream of appropriating culture so why is it ok to mock women by appropriating stereotypes?”