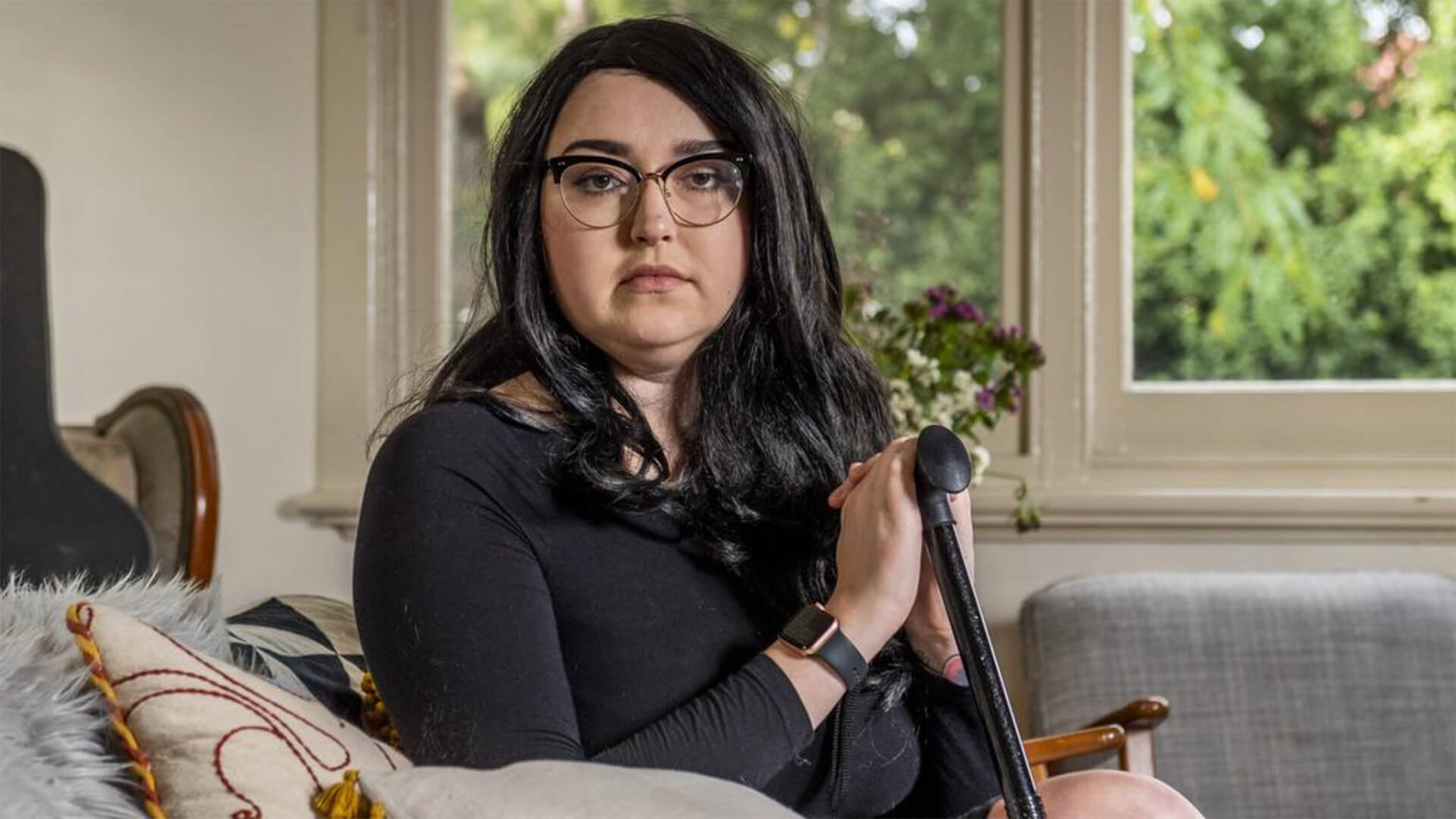 A supporter of Melbourne academic Holly Lawford-Smith has been left traumatised and injured after being attacked by a trans activist. Lawford-Smith has been attracting negative attention from activist groups who are offended by her website and position to protect women in the face of the aggressive push by trans activists to impose on women’s spaces.

Paisley Semrau, 27, who attended the International Women’s Day rally on March 8 on Bourke St about 3.30pm, said she suffered several injuries after she was assaulted by a man who kicked her mobility aid from under her and pushed her onto the ground.

Ms Semrau, who has several mobility issues after suffering a brain tumour, said she was supporting academic Holly Lawford-Smith at the rally, who launched the “No Conflict They Said” website in February – asking women to share “how your use of women-only spaces has been impacted”.

“Some of our group were carrying signs supportive of Holly and condemning attempts to censor her, but this is academic freedom,” she said.

“A man who was a trans activist but didn’t appear to be trans was carrying a sign which said ‘trans women are my sisters’ had come up from behind me and kicked my walking stick out from under me then pushed me and I fell straight to the ground.”

“I didn’t attend the recent Melbourne Uni protest out of fear of further violence.

“When you attack women in the street for expressing their views, it’s the reason why things like Holly’s website are necessary.”

At that rally trans activists threw water at Lawford-Smith’s supporters as well as hurling verbal abuse to intimidate and threaten the supporters who came out in defence of women’s sex-based rights. Dozens of academics, including staff from Melbourne University, signed a letter stating Lawford-Smith’s website was “transphobic”.

“What a shocking indictment it is on Melbourne University and trans activists when they actively oppose women’s rights. To threaten and even abuse supporters of women’s sex-based rights is cowardly and oppressive. It is disgusting that women are threatened, assaulted and intimidated for showing peaceful support to an academic who is offering an informed position in this debate.”