Thanks very much to one of our supporters on the Central Coast who sent in this photo. 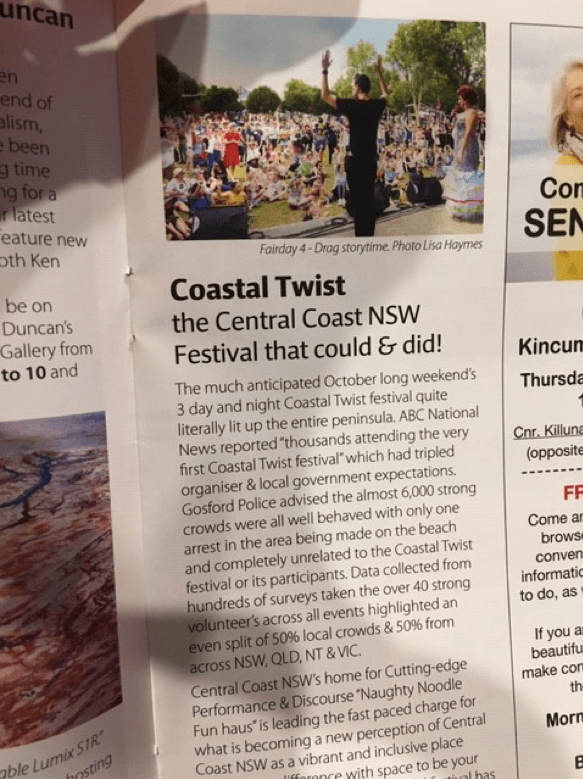 In a Coast Community News report one of the organisers of the LGBTiQ festival said,  “Not only did Coastal Twist entertain with adventurous, unorthodox productions and pioneering artists, scholars, and game-changers but we offered audiences of every age, ability, and gender, sexuality uncommon offerings that can, and often do, reshape and expand worldviews. ”

It is estimated 6000 people attended.

Clearly some members of the community didn’t feel the same way. In her email to Binary WB said,

“The person who wrote the article says it’s becoming a new perception of Central Coast to celebrate your authentic self. There is nothing authentic about a very large man dressing up in drag and performing in front of young children!! I don’t know what the subject matter was during the performance as I was not there but as you can see from the photo, the target of the performance was children.”

“Promoting expressions of adult sexuality to kids is not necessary, or acceptable.”

Frequently, LGBTiQ events are being rebranded as “family-friendly”. Since the de-gendering of marriage two years ago the definition of family-friendly has radically changed.