A group defending women’s sex-based reality has been censored in New Zealand for stating biological truth.

Speak Up For Women New Zealand paid for a large billboard that simply displayed the dictionary definition of a woman. It read, “Woman. Noun. Adult human female.” After just 24 hours on display the billboard was removed at the behest of trans extremists. 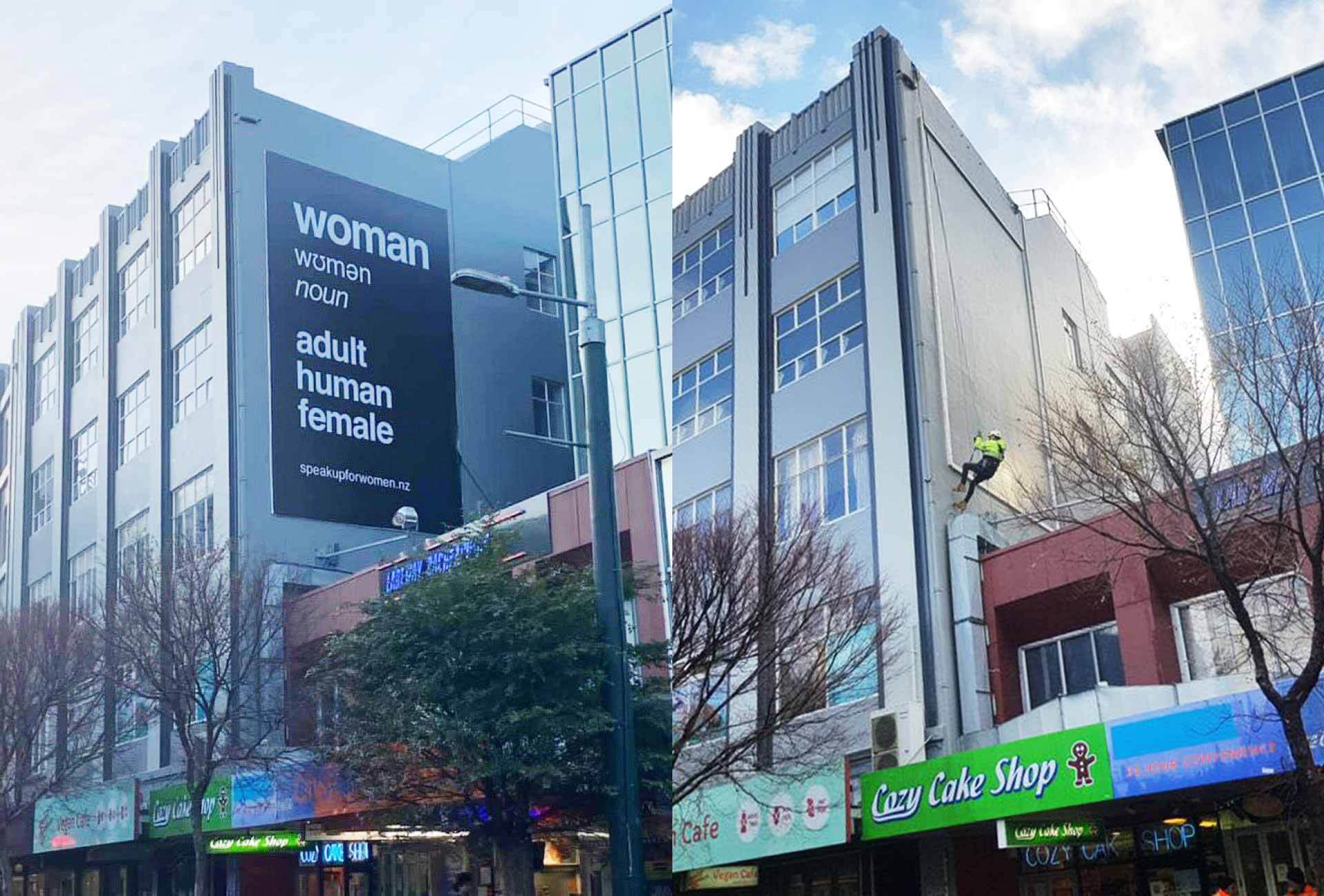 “We’ve been here before and I won’t lie, it is exhausting. We have made it clear from day one that our issue is with law and the conflation of sex and gender. We have never wished harm on trans people and quite frankly, if these activists have proof that we have it is time they shared it,” Speak Up For Women’s spokesperson Beth Johnson says.

“We are told that these activists speak for the most vulnerable group of people in the world, but the power they wield in local and central government indicates that they are simply a powerful lobby group. They certainly don’t speak for the trans people who have shown up to our events in support of our position.”

The group insist they simply want to dialogue and speak up for women’s sex-based rights.

“We are just a growing group of women who want to discuss our legal rights. We are not seeking to harm anyone and in fact are simply advocating that the existing law should remain. We are bullied, silenced, and intimidated by people who are never challenged to supply proof of our ‘crimes’.

“We will not be silenced. We will hold our event. We will continue to advance conversations about the law and how we can deal with the tensions between biological sex and gender identity in practice.”

“There was nothing hateful about the billboard, it was a simple dictionary definition supported by science,” she said.

“The reaction by trans extremists shows the issue is not about reason or facts, but feelings and dominance of one group over another.

“Words matter. Definitions matter. The extremists know their agenda is threatened by such facts and go to great lengths to silence their opposition.”