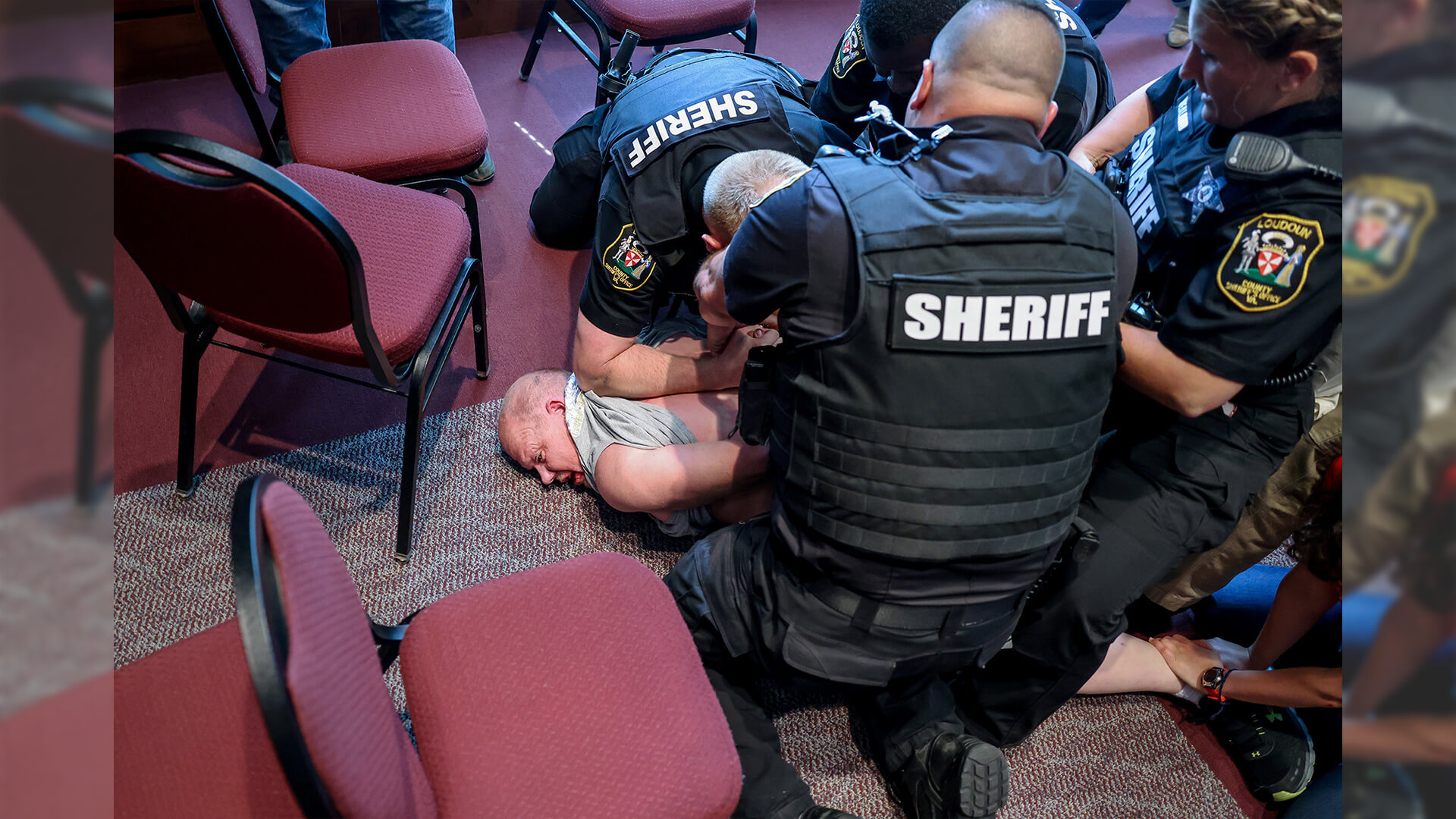 An enraged father, who says his daughter was raped by a boy in the girl’s toilets, has been arrested at a school board meeting.

Scott Smith was photographed on June 22 being dragged out of the heated meeting with his torso exposed in Leesburg, Virginia. The 48-year-old plumber was ridiculed on social media afterwards and was painted by the left to be a deranged, right-wing bigot.

But in an interview with The Daily Wire that was published on Monday, he explains that he was trying to stick up for his daughter, who was attacked at Stone Bridge High School on May 28 by a boy ‘wearing a skirt’.

Smith says the boy took advantage of the school’s trans policies to get into the girls’ bathrooms and assault her.

The alleged rapist has not been named, but police confirm he has been arrested for forced sodomy. It is alleged he also raped another girl at a different school.

Smith was outraged, claiming the school “went out of their way to protect the child – ‘a sexual predator’”.

Binary spokeswoman, Kirralie Smith, said it was a dreadful situation.

“No girl should feel unsafe going to the bathroom,” she said.

“Boys who want to appropriate the opposite sex should not be permitted to enter girls’ private and vulnerable spaces because they feel like it!

“Girls deserve privacy and safety. There is no reason a boy should be permitted to share such a space.”