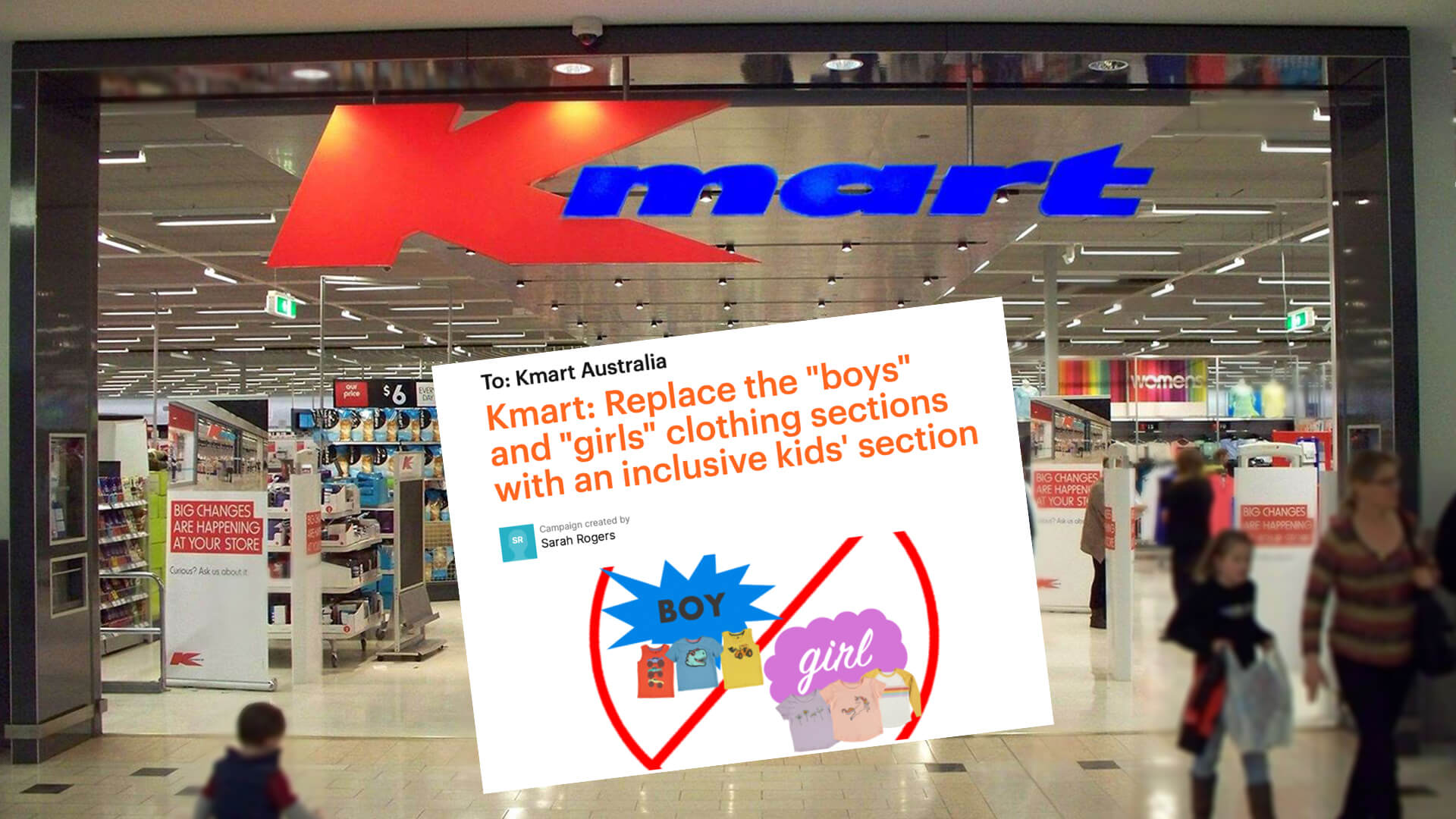 A new virtue-signalling campaign has been launched against Kmart and promoted by Channel 7. The hilarious thing is it only attracted 100 signatures in the first three days.

“A new online petition is calling on Kmart to stop separating boys and girls clothing in stores across Australia.

“The campaign wants to see an “inclusive kids’ section” at Kmart that combines all clothing so that parents and children can “choose exactly what they like without arbitrary boundaries”.

“The petition is currently being circulated on social media, attracting more than 100 signatures in three days.”

There is no similar petition for men’s and women’s sections to be merged. This is targeted at the children’s section only.

According to a Kmart spokesperson, the intention is not “to stereotype children based on gender”, adding that the “store layout reflects a majority of the way our Kmart customers shop”.

The petition has been met with derision, and rightly so. One parent wrote,

Binary spokeswoman, Kirralie Smith, said it is the height of stupidity.

“Anyone can shop in any section of Kmart or other retailers. Only bored activists with an agenda will waste time petitioning for this. Stereotypes are enforced by parents harping on this nonsense. Kids are more than able to get whatever they like regardless of a signage or convenient and traditional divisions in store.”