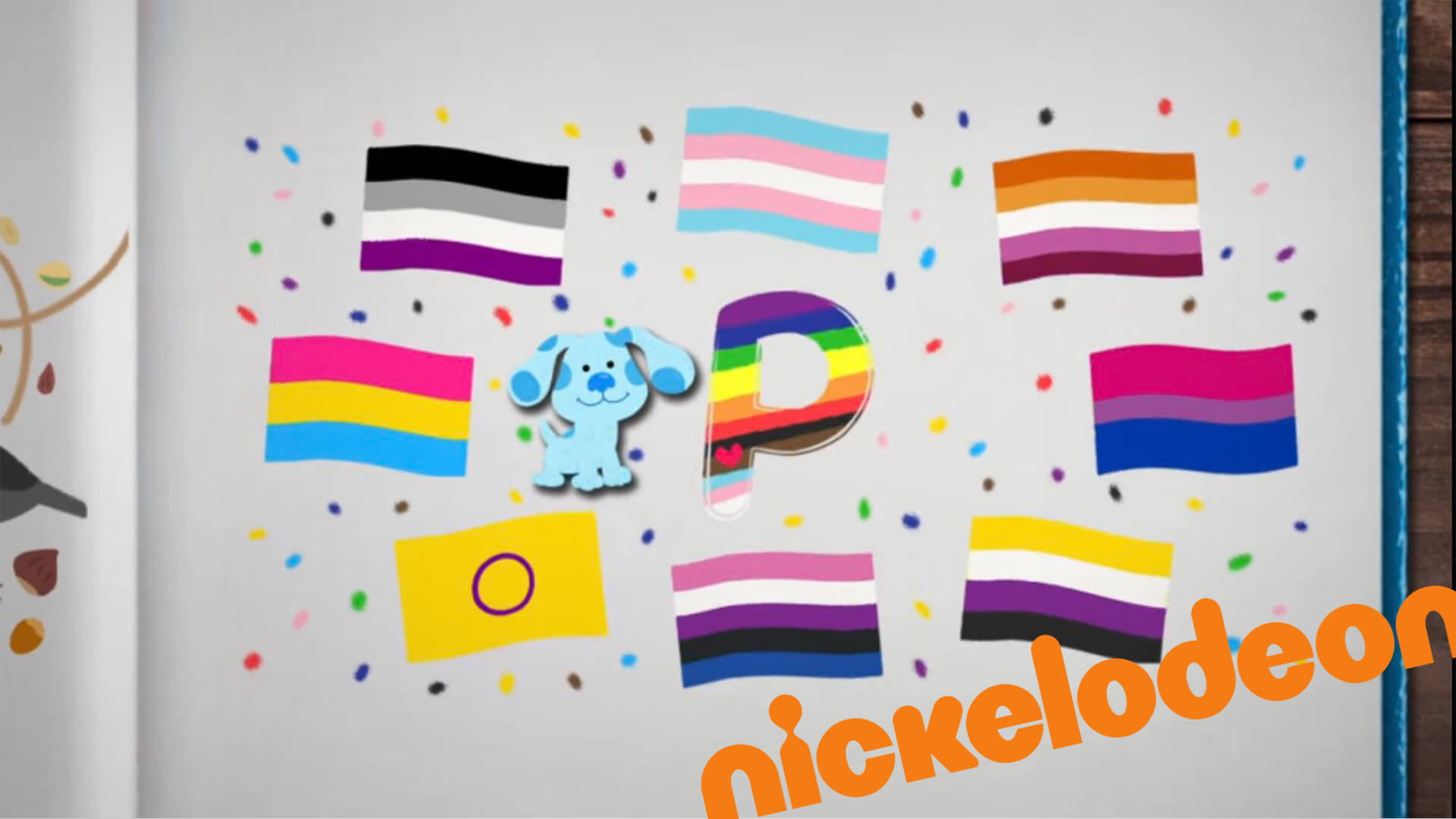 A popular children’s television show has revealed that it has radical gender activism on its mind.

Blues Clues can hardly be called educational when one of the animators immediately grabs on to an opportunity to indoctrinate young children into sexual orientations and gender identities.

"P is full of Pride," or so a new Blues Clues, a long-running educational cartoon show on Nick Jr., for kids age 3 to 5, declared in a new alphabet song. The song featured a screen filled with various LGBT-adjacent pride flags with Blue, the helpful puppy, smiling next to the letter P, filled in with the new LGBT flag, complete with black, brown and trans stripes.

Sammi Chan, an animator for Nick Jr., tweeted out in excitement, "The first thing that came to my mind was P is for pride when I got the script. I am so excited that all of ya'll are as happy as I am! I also did all the letters and graphics for this episode to be as inclusive as possible for Black History Month! #PRIDE #BluesClues #LGBTQIA"

Why should 3-5 year old have any concern with sexuality? Celebrating adult behaviours should be seen as inappropriate by any reasonable person in a civil society.

One commenter celebrated, "Let me contribute to #BluesClues tag! Blue's clues was my childhood and I'm so proud of the LGBTQ+ inclusion in that recent alphabet song Rainbow flag. Also Blue & Magenta are lesbians ya can't change my mind #pride."

Featuring the two puppies with "Gay Rights" in rainbow letters above them. It seems pretty obvious that similar to My Little Pony, young adults have decided the cartoon is their own, turning it into an adult expression of personal identity.

Binary spokeswoman, Kirralie Smith, said parents need to be aware of this kind of indoctrination.

“Imposing adult concepts onto such young children is beyond comprehension. Why not focus on encouraging kids to play, to embrace who they are and accept others without bringing in adult, sexual material? Let kids be kids and keep the activism for adults.”