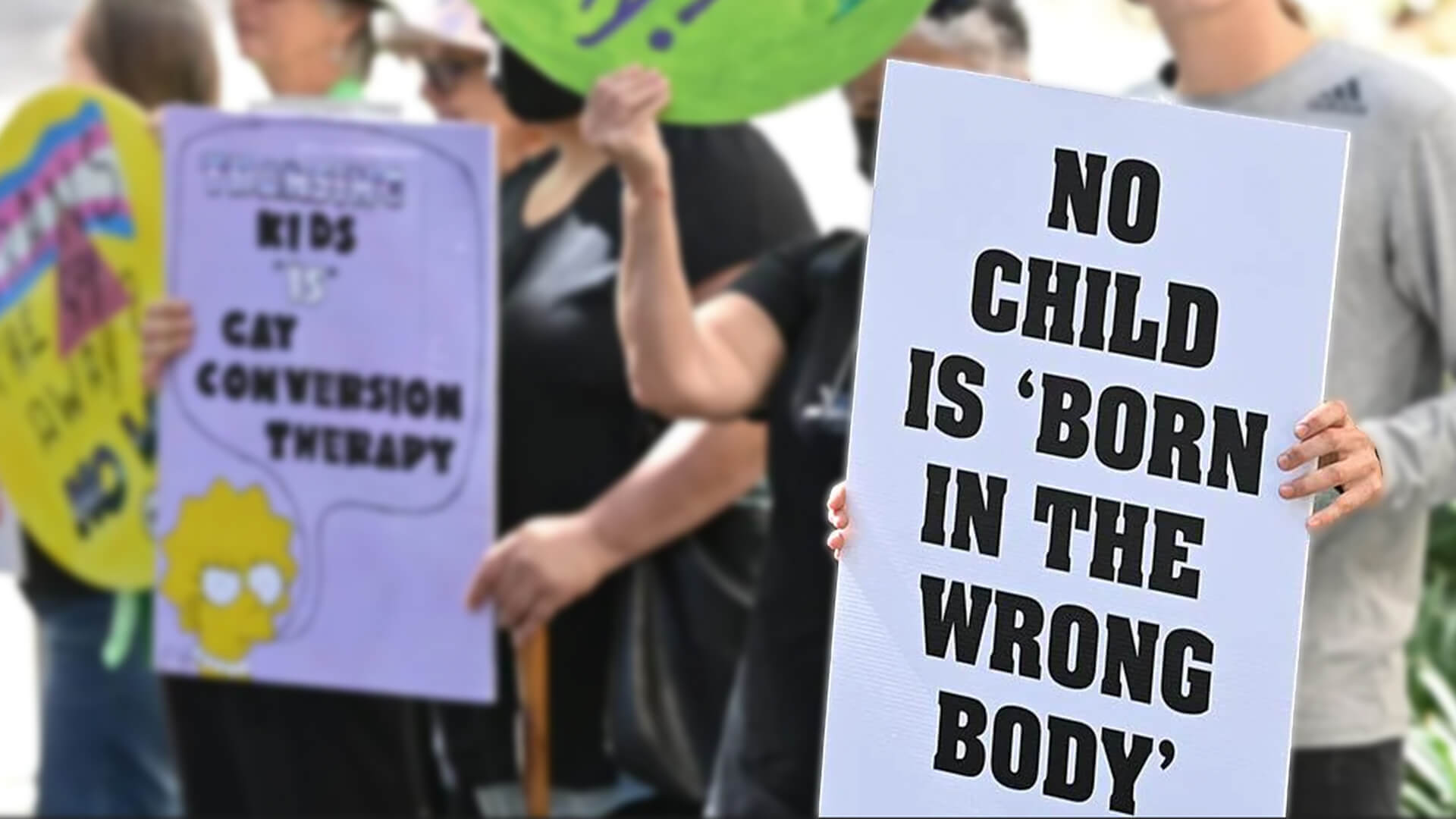 Concerned parents and health care workers staged Australia’s first protest against gender clinics in Brisbane, Melbourne and Hobart last Friday. Their aim was to highlight the risk of medicalising young people who are uncomfortable with their biological sex.

‘“I was very much a gender non-conforming little girl, a tomboy,” said feminist Taylor McGowan, 25, who joined a small group protesting outside the Queensland health department offices in central Brisbane.

‘“Had I been a teenager growing up through this gender ideology I could have had health professionals tell me I’m probably trans, been diagnosed with gender dysphoria and given hormones and a mastectomy.”

‘Ms McGowan, who had been on track to become a nurse, said Queensland’s new criminal law against “conversion therapy” discouraged legitimate non-medical responses to distress around puberty, such as psychotherapy or cognitive behaviour therapy.’

It was claimed many who would have liked to take part couldn’t, for fear of losing their jobs or being labelled “transphobic.”

Since the marriage plebiscite, several groups including lesbians and Christians have tried to highlight their concerns, but have been ostracised or ignored by mainstream media and many politicians.

‘Feminist Stassja Frei, who took part in Friday’s protest outside the office of Victorian Health Minister Martin Foley, said she had been drawn into the debate after seeing social media denunciation of a supposedly “transphobic” open letter by author JK Rowling.

‘“I imagined she must have said something straight out of the 1950s, and instead I found I agreed with everything she said,” said Ms Frei, who founded the non-partisan Coalition for Biological Reality.’

One parent from Newcastle in NSW also shared how she was refused the opportunity to pay for a billboard advertising Abigail Shrier’s book Irreversible Damage: The Transgender Craze Seducing Our Daughters. The advertising company claimed they refused the concerned mother because such a billboard would likely “generate complaints and media attention”. Binary was also denied a billboard during the 2019 election calling out Labor’s support of Drag Queen Story Time.

“What sort of democracy do we have when we can’t even engage in civil, science-based debate about an issue that could potentially harm an entire generation of young people? Why is the media, aided by so many politicians, afraid of the presentation of facts surrounding this issue? It is unbelievable that parents and health care workers have to take to the streets to even have the slightest chance of being heard. Radical activism has gone too far when they can threaten and cancel legitimate voices in this very concerning debate.”