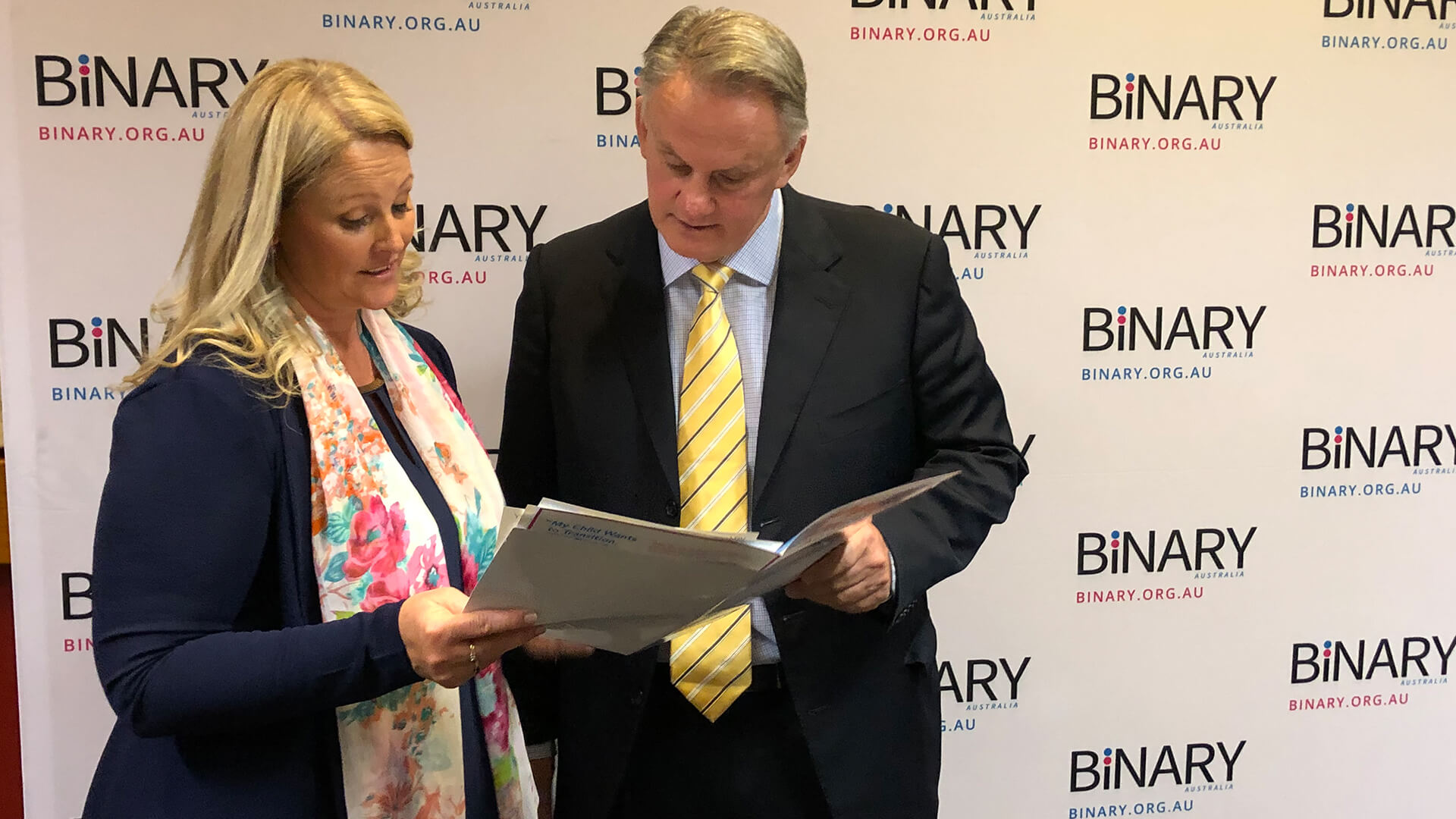 Binary has launched an Australian first: an Anti-PC P&C Pack.

The Leader of One Nation in NSW, Mark Latham MLC, and Binary spokeswoman, Kirralie Smith, addressed supporters, the press and other MPs in NSW Parliament House.

The Sydney Morning Herald has reported,

At least 500 P&C groups across NSW will be sent an information pack with advice for parents on identifying if their child is being "indoctrinated" by "radical gender activists" at school.

The political lobby group Binary will distribute the packs, launched on Wednesday in NSW Parliament by One Nation MLC Mark Latham, around the state from next week.

The kits were funded through donations from Binary supporters, Mrs Smith said.

"Barely a day goes by when we don't hear from another parent concerned about what their child is being exposed to at school ... transgender speakers, de-gendering language, pronoun police, explicit sex-education programs and inappropriate library books," Mrs Smith said.

Mr Latham, who chairs the upper house's education committee, said One Nation had a policy to end transgender self-identification.

"Schools made a big mistake when they stopped being places of learning and ventured into the world of mental health assessment and radical gender theory."

The packs are aimed at equipping and enabling parents and citizens countering radical gender ideology in schools.

Smith added, “The focus is on empowering parents to know their rights. We want parents to have confidence when dealing with their school for the sake of their children’s safety and well-being.”