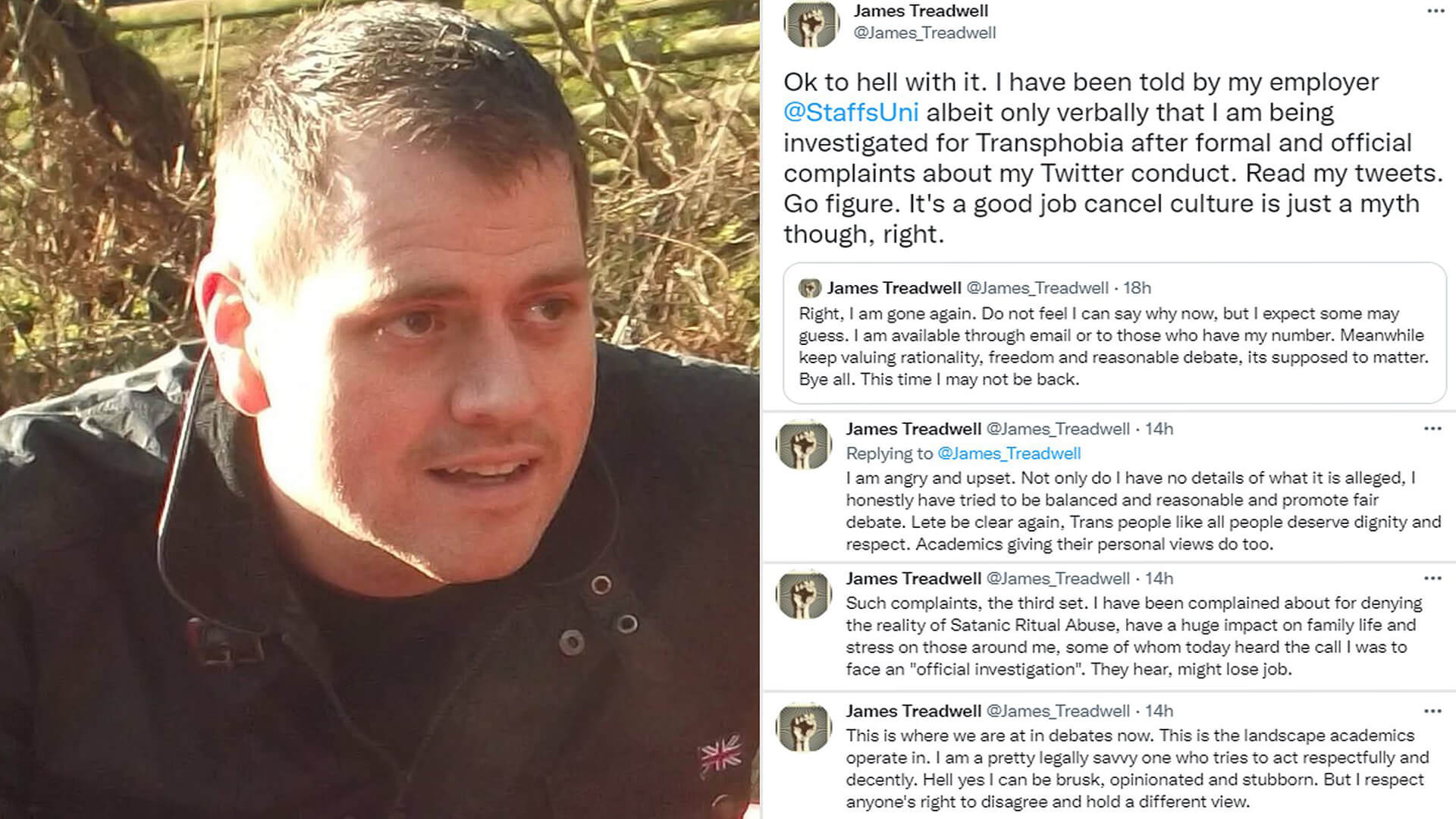 Professor James Treadwell has taken to Twitter to express his disappointment with Staffordshire University for placing him under investigation for “transphobic” comments.

Ok to hell with it. I have been told by my employer @StaffsUni albeit only verbally that I am being investigated for Transphobia after formal and official complaints about my Twitter conduct. Read my tweets. Go figure. It's a good job cancel culture is just a myth though, right.

Right, I am gone again. Do not feel I can say why now, but I expect some may guess. I am available through email or to those who have my number. Meanwhile keep valuing rationality, freedom and reasonable debate, its supposed to matter. Bye all. This time I may not be back.

Not only do I have no details of what it is alleged, I honestly have tried to be balanced and reasonable and promote fair debate. Let [me] be clear again, Trans people like all people deserve dignity and respect. Academics giving their personal views do too.

The professor is a leading criminologist and made comments defending single sex-prisons.

His comments backed an online “KeepPrisonsSingleSex” campaign, which has grown amid an unsuccessful House of Lords bid to place prisoners in facilities “by reference to their sex registered at birth”, rather than their gender identity.

Now Prof Treadwell, an executive member of the British Society of Criminology, has warned academics that being cancelled “can happen to any of you” and fears for his job.

Fellow professors leapt to his defence in the latest campus trans row.

Another criminology lecturer is suing Open University for comparing her views in single-sex prisons to racism. Prof Jo Phoenix said “the process is the punishment” in such probes.

"Criminology is a key discipline to help tease out the issues around prison placement policy for transgender prisoners," she said.

"This latest complaint shows a real determination on the part of a small minority to shut down legitimate discussion from academic experts where trans issues are concerned, especially where it calls into question the idea that self-declaration and self-identification are the only way to support the rights of transgender individuals, even in the prison context."

Binary spokeswoman, Kirralie Smith, said the silencing of leading academics should concern everyone.

“These are just two more examples in a long line of academics who are being silenced for challenging the transgender narrative,” she said.

“These professors have expertise and data that must be discussed in public forums.

“Women, children and our communities deserve to hear the facts. Public policy needs to rely on these facts, not an ideological agenda.”