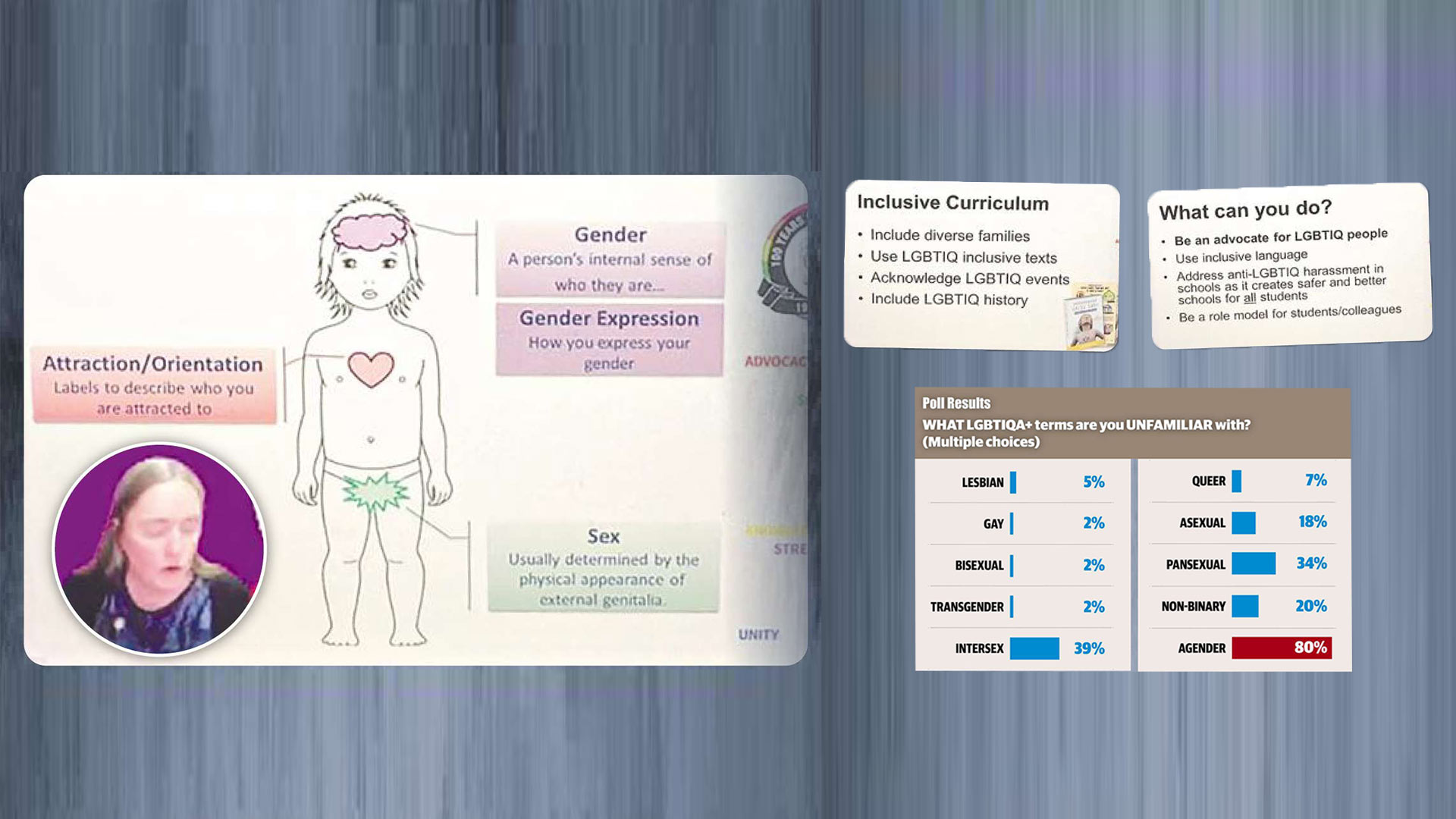 One Nation NSW MLC Mark Latham has again uncovered the secretive and dangerous agenda of activists in the education sector. Radical gender ideology is being promoted in the classroom despite Safe Schools being banned in 2017. Parental knowledge and consent is also being denied by some sectors.

Video obtained by MP Mark Latham of an official webinar teacher course run by the NSW Teachers Federation uses an image of an ­androgynous child to claim “gender is a social construct” and promote lessons in gender fluidity, despite a ministerial ban.

It even suggests teachers put up a “Transgender Flag” in classrooms, bring LGBTQI issues into maths lessons and take children on excursions to the Sydney Aquarium to see two “gay penguin dads” raise a chick.

It explicitly states teachers should bring “LGBTQI issues into the curriculum”.

Teachers are told to look up resources hosted by the union, including links to articles from Minus18 on how children can “tuck your penis”, “buy breast binders online” and “penis pack”, which is described as “pretty much a penis shaped object to pack downstairs for bottom dysphoria”.

A teachers federation trainer is seen on the video saying that teachers and councillors do not have to inform the parents students who ‘come out’ as they deserve ‘a bit of privacy’ and claims they may be kicked out of home.

Latham said, ““It’s a deliberate strategy to keep the parents in the dark, that somehow the teachers are more important than the parents in guiding the wellbeing of the children.”

The trainer, Mel Smith,  also advocates using a gender non-specific language in the classroom. “If you have a maths problem, asking a question around statistics and different types of families, not just George and his mum and dad go to wherever, it could be Georgia and her two mums, so mixing it up,” she said.

“Activists within the education sector are relentless. They have been banned from promoting such content yet they contrive new and deliberate ways to indoctrinate children at school. More politicians need to follow Mark Latham’s lead and insist that they cease and desist with the pursuit of the radical gender agenda. Leave our kids alone, let kids be kids!”