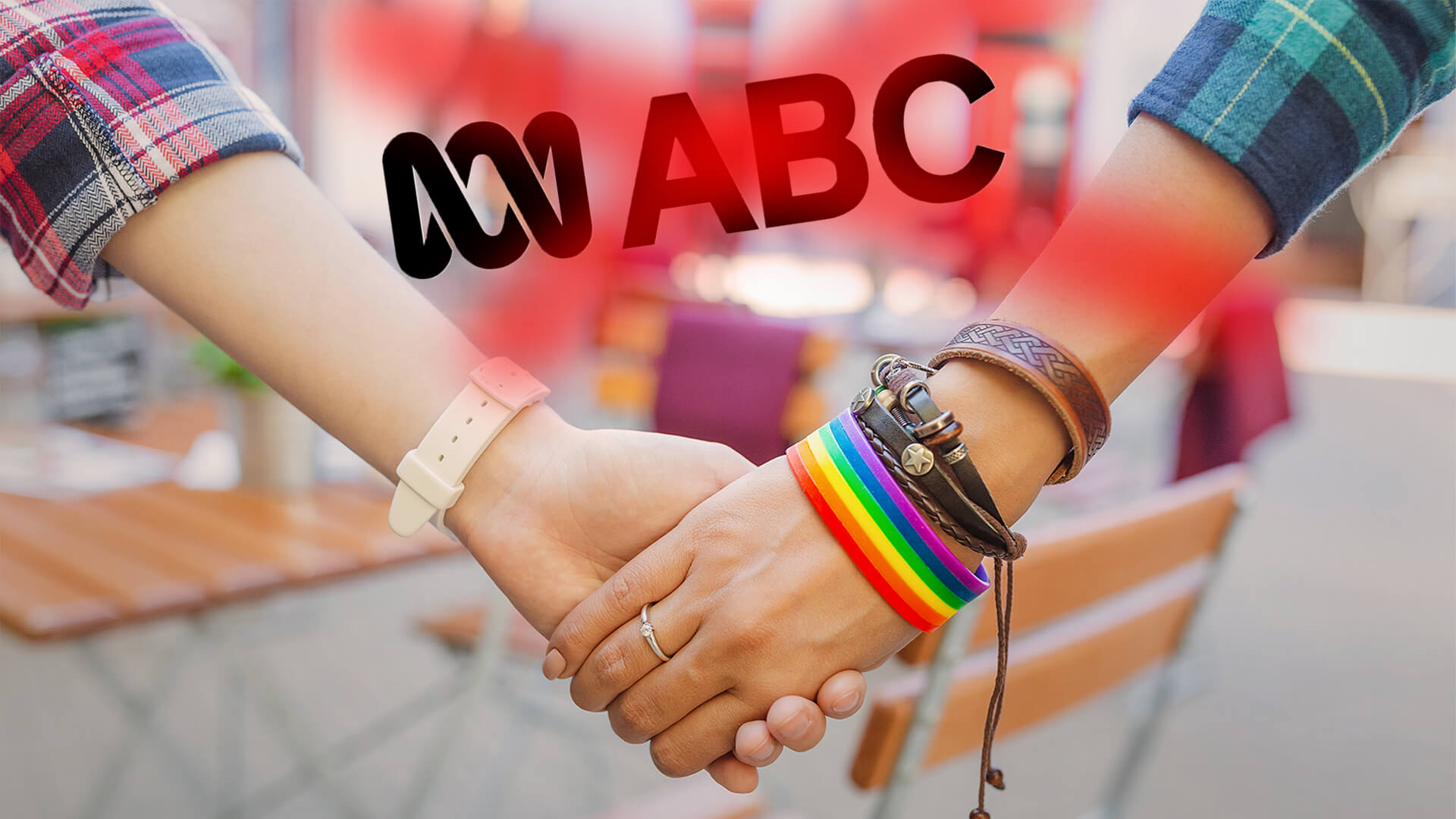 The woke folk at the ABC have offended lesbians in their quest to appease trans extremists.

LGB Alliance Australia have written an open letter to the national broadcaster expressing disappointment and frustration over the airing of a recent program called “You Can’t Ask that”. The program focused on lesbians but included a male who claims to be a lesbian. A bisexual was also referred to as a lesbian.

We were very disappointed that an episode focusing on lesbians featured a male who calls himself “Rosie”. Rosie is clearly male and talks about his penis and using his penis as a “lesbian”. As lesbians, we are highly offended by the assertion that a male can be a lesbian or that lesbians should include males in our communities and our dating pools.

We were also appalled that a bisexual woman (i.e. a woman attracted to both males and females) was included in an episode about lesbians, discussing how much she "loves cock". Lesbians are, by definition, females who are exclusively attracted to other females i.e. same-sex attracted women.

LGB Alliance indicated they are not opposed to transgender or bisexual people, but that they should not be referred to as lesbians. The letter states that doing so is mockery and equivalent to dressing up in ‘black face’.

Males who “identify” as women are not and will never be a lesbian; they are, by definition, heterosexual. A relationship between a male and a female, regardless of how either identify, is a heterosexual relationship.

We do not have any problem with men wearing dresses, nail polish, or engaging in stereotypically feminine activities; our desire is to have a world where all people can be who they are, without prescribing to gender roles. However, we do not believe dressing a certain way, calling yourself a particular name, or doing certain activities changes your biological sex.

The letter also pointed out that many lesbians are being branded TERFs (trans-exclusionary radical feminists) for defending women’s sex-based rights, stating, “We are very disappointed that the ABC decided to air this episode about lesbians, at the expense of lesbians themselves”.

Binary spokeswoman, Kirralie Smith, said it is a matter of biology versus ideology.

“Women’s sex-based rights, identity and orientations all depend on biological reality which is completely at odds with trans ideology,” she said.

“It is one or the other, it cannot be both.”