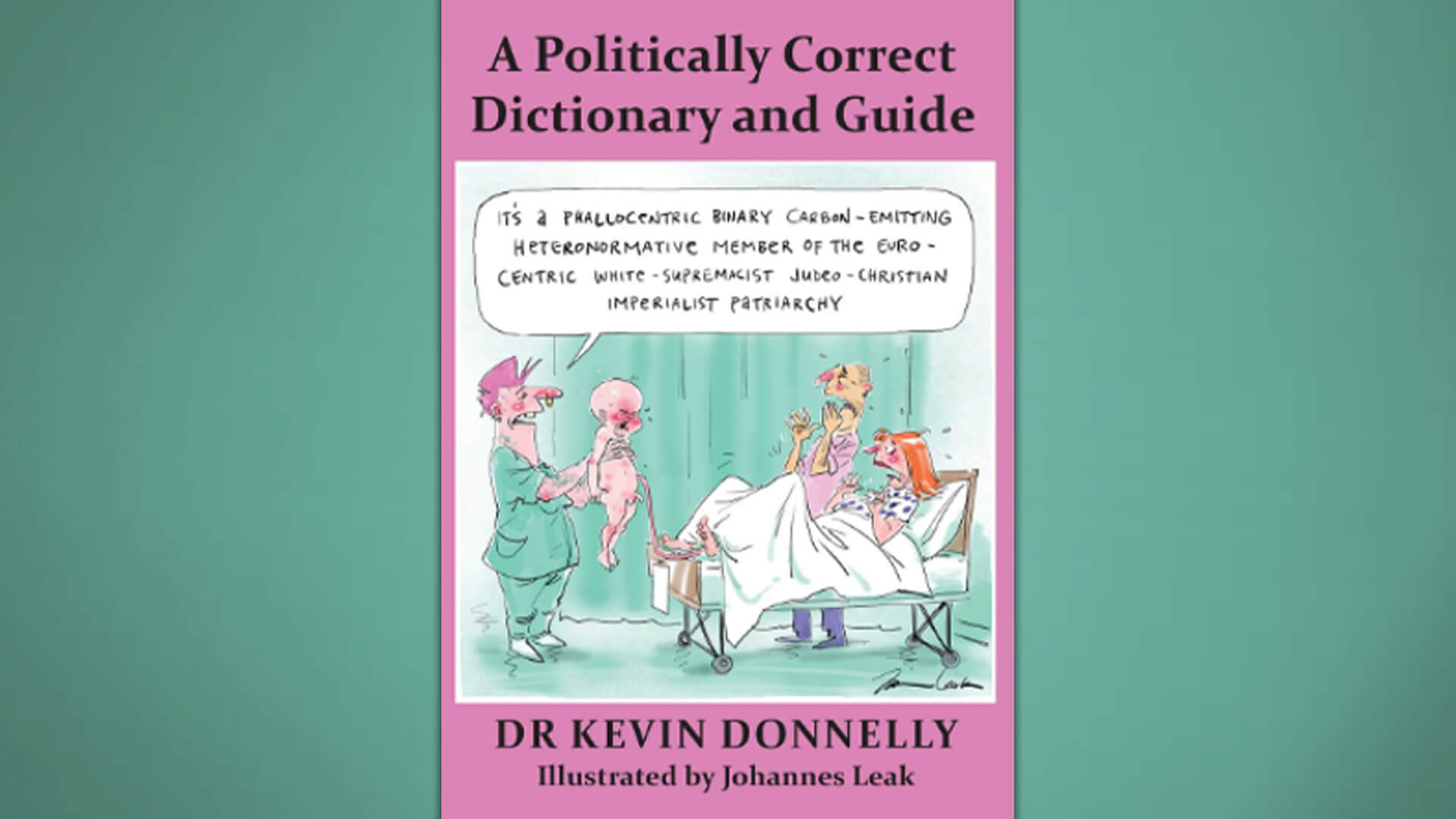 A few weeks ago Australian author and academic Kevin Donnelly released a book called, “A Politically Correct Dictionary and Guide.”

This timely book helps to demystify and explain many terms and euphemisms that activists and the media love to throw around.

Donnelly explains how political correctness determines the language we use, what is taught in schools and universities, and supposed rules of engagement in discussing issues such as gender and sexuality.

There is an emphasis on the radical gender agenda and not surprisingly Donnelly is very critical of Safe Schools and similar programs. He writes,

Those arguing sexuality is binary and, generally speaking, for the purpose of procreation are condemned as heteronormative and students are told they have a right to self-identify as whatever gender they are most comfortable with.

The radical, politically correct nature of Safe Schools, is admitted by one of its creators who argues “only Marxism provides the theory and practice of genuine human liberation” and the “Safe Schools Coalition is about supporting gender and sexual diversity, not about stopping bullying.”

Donnelley exposes the roots of the pc agenda and his walk through history provides a clear picture of the progression of pc culture in our country.

The guide also addresses how pc culture affects thinking, policy and education. His final chapter about radical gender theory is a must read. The author rightly notes how activists are attempting to reframe reality by “redefining gender and sexuality as social constructs instead of a biological imperative and a scientific fact.”

Kirralie Smith, Binary spokeswoman, said it is a timely release.

“This is a very easy to read book that many people will relate to. As we all bunker down to fight the coronavirus what better time is there to be informed and equipped with facts and ideas?”

“Kevin has done a terrific job of explaining the current politically correct culture. He has woven the threat of gender activism into most chapters. Get familiar with the history, the language and the agenda so we can come out swinging when this period of isolation is lifted. You can be sure the activists won’t let this opportunity go to waste.”