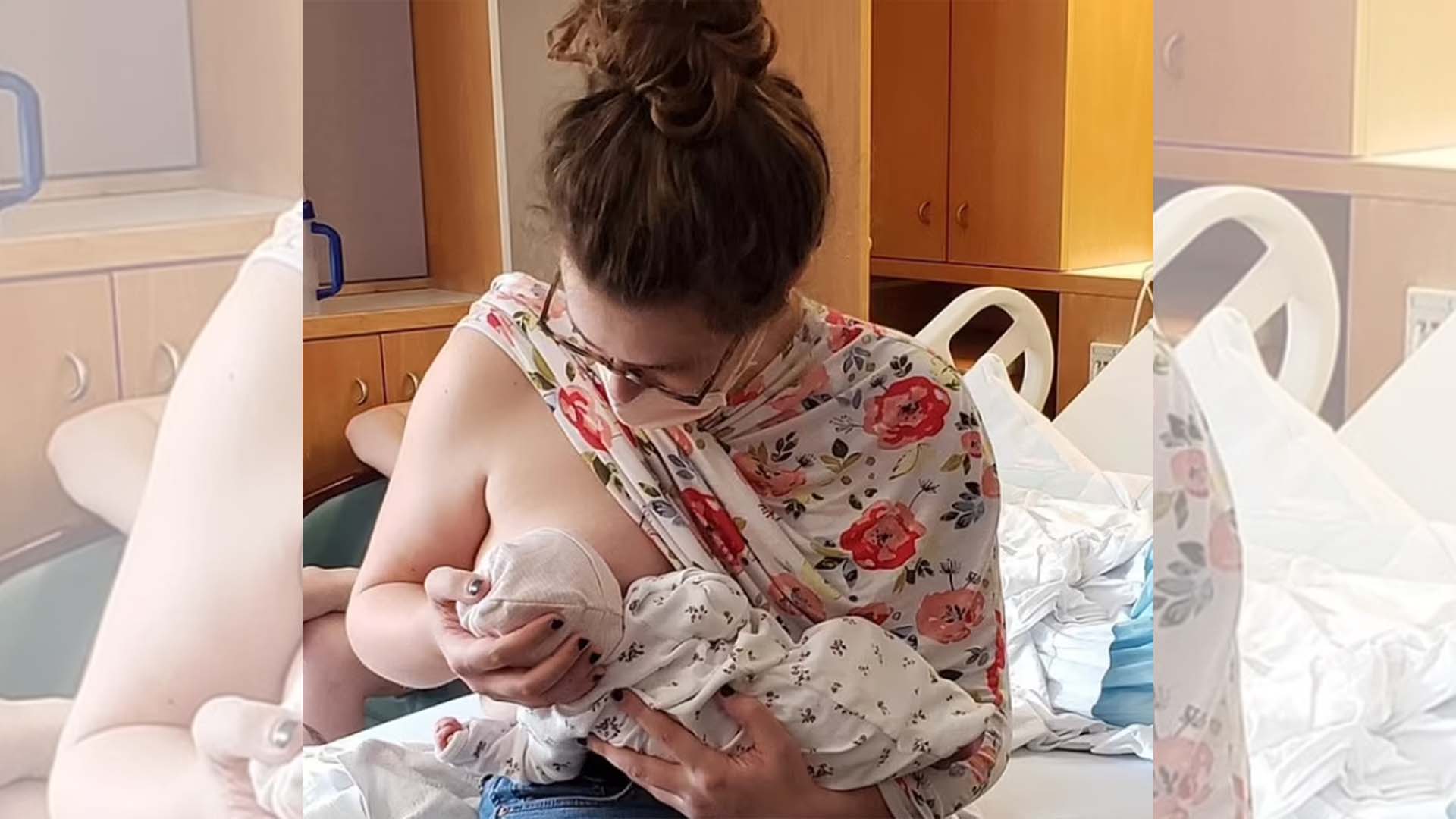 A male mimicking womanhood who artificially breastfed his baby is being slammed online as ‘sick’, ‘disgusting’, ‘vile’ and ‘unnatural’.

The male’s wife gave birth and he decided to appropriate motherhood by taking a cocktail of drugs to stimulate milk production to feed her baby.

Known as AdmiralFisticuffs, he explained on social media that he sought help from a lactation consultant who enabled him to imitate being a breastfeeding woman.

'I've been working with a lactation consultant and my GP for several months now to induce lactation, and this last month have started to actually produce some milk, but it still doesn't feel real,' the woman wrote in her post.

'My wife gave birth on Thursday, and we've finally had a chance to come home from the hospital and sleep and actually compose myself, but for the last few days our daughter has been latching to and feeding from both of us! I'm so excited!

'There was a part of me that was irrationally afraid that the baby would reject me for not being her "real" mom, and I'm so glad to see that little voice proven wrong.'

AdmiralFisticuffs boasted about the drugs he used, detailing the specific drugs he used to achieve the charade. He said he is currently producing about a tablespoon of the drug induced milk.

Many took to social media to express their disgust.

'This poor child,' wrote one person. 'This is an experiment on an infant who can't consent. This is abuse for validation and it's disgusting.'

'This is sick. It's not real milk made by a biological mother. It's chemicals,' added another.

Someone else said, 'This could be legitimately dangerous. What you consume does have an impact on milk production, this includes medications.'

'It's not natural,' read a fourth tweet. 'Women's bodies go through a process to produce the milk during pregnancy. It's not just milk coming out anytime, and the father being on so many medications can definitely f**k that baby up.'

'This can't be good for the child. Breastfeeding mothers should avoid alcohol before breastfeeding or pumping, but this person is OK with excessive dangerous hormones? Psychotic,' added someone else, while a different user agreed, 'Filling the baby with nothing but synthetic drugs.'

'I'm not doctor, but that seems like an awful lot of medication to be taking and then "breast" feeding a newborn. Doesn't all of that pass through in breast milk? It can't be healthy for a baby... Can it?' asked a different user.

A lactation expert claimed the process is “pretty common and completely safe”. Incredibly she also claimed male and female breasts are the same.

'There isn't really a difference between the male and female breast. It's sort of the same baseline anatomy,' she told DailyMail.com.

This completely rejects the reality that females have an entire reproductive system that is composed of a lot more than just breast tissue. Mammary glands and the endocrine system of females are uniquely designed to sustain and grow the baby.

“Males who attempt to breastfeed can only do so via artificial means that equate to appropriation,” she said.

“Babies are not experiments or playthings of adults who want to satisfy a selfish desire.

“Breastfeeding must be about what is best for the baby, not the man who can’t accept his own biological reality.”