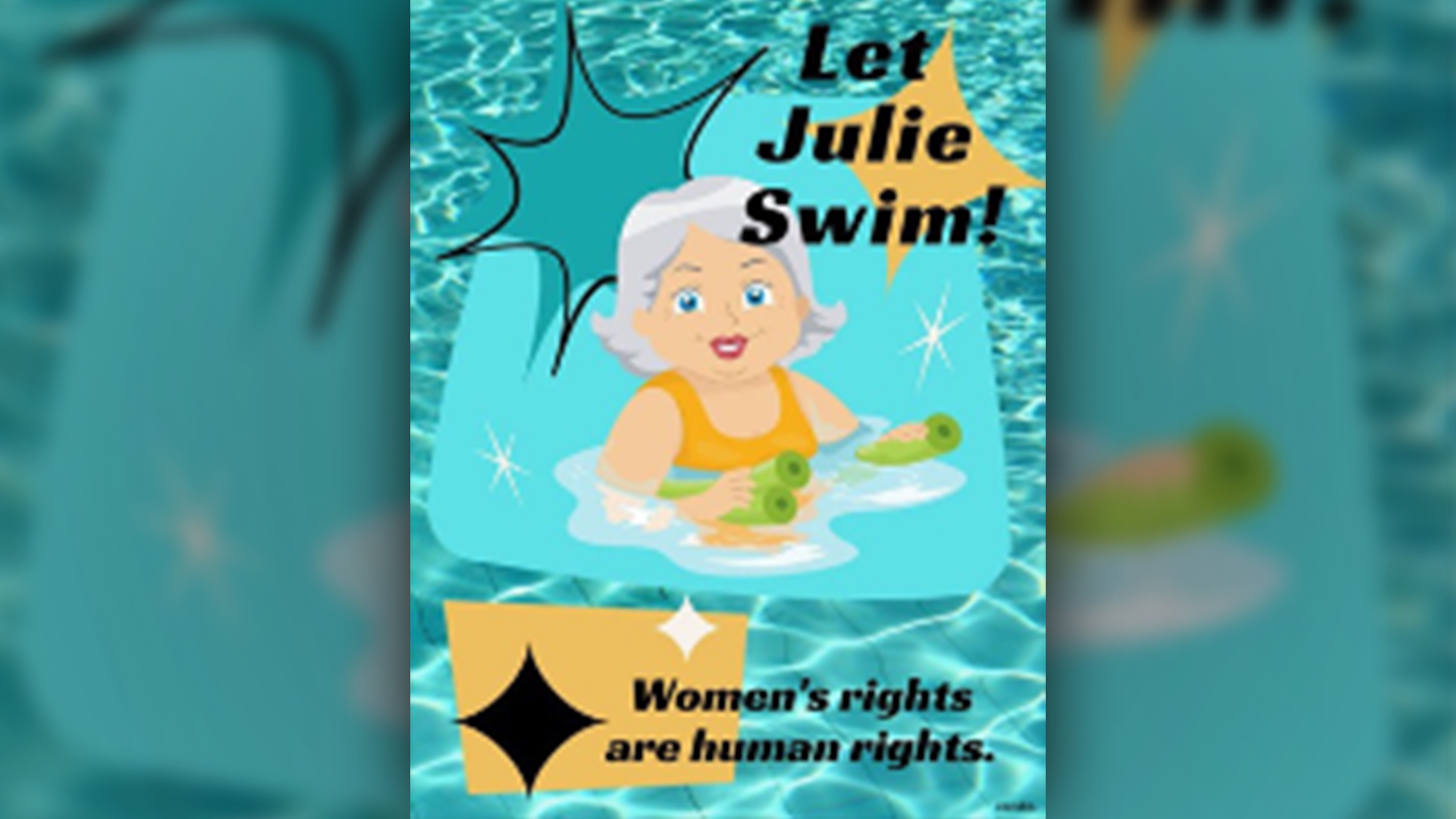 Julie Jaman, an 80-year-old Washington state woman, was banned from her local pool for confronting a male in a female change room.

"I saw a man in a woman’s bathing suit watching maybe four or five little girls pulling down their suits in order to use the toilet," Port Townsend resident Julie Jaman recalled of the July incident to Seattle radio show host Dori Monson on Friday. "I asked if he had a penis and he said it was none of my business. I told that man to ‘get out right now.’"

Jaman said that she was alerted to the trans employee being in the women’s locker room while she was showering and "heard a man’s voice."

The octogenarian said she alerted a pool staffer but was told her she was "being discriminatory," and "was banned from the pool forever."

"She didn’t ask me what the problem was, if I was okay, nothing about me," Jaman told Monson. "It’s as if she was just waiting to pounce on me. It was just stunning."

The YMCA claimed Jaman was permanently banned due to several incidents. They claim she has harassed staff and used obscene language. Despite being a member for 35 years and having “a great relationship with swimmers in the pool”, she is now permanently banned for allowing the “momma bear in me” to come out.

Pool management said the Pride posters all over the walls should serve as warning enough that there could be trans people using the bathroom.

"That’s fine with me, except that they do not provide alternatives for women who choose not to be undressing in front of men," Jaman continued in the radio interview. "Our pool is a very old pool. We just have two shower rooms, dressing rooms, one for men, one for women."

#LetJulieSwim has trended on twitter in support of the 80-year-old.

“It is unacceptable to allow men who appropriate womanhood to have access to women’s spaces and services,” she said.

“It is horrid to think these men can undress, or watch little girls or old ladies undress, where they are vulnerable and have no other option.

“Organisations that facilitate this should be ashamed, not full of ‘pride’, at disregarding the needs of their female members.”