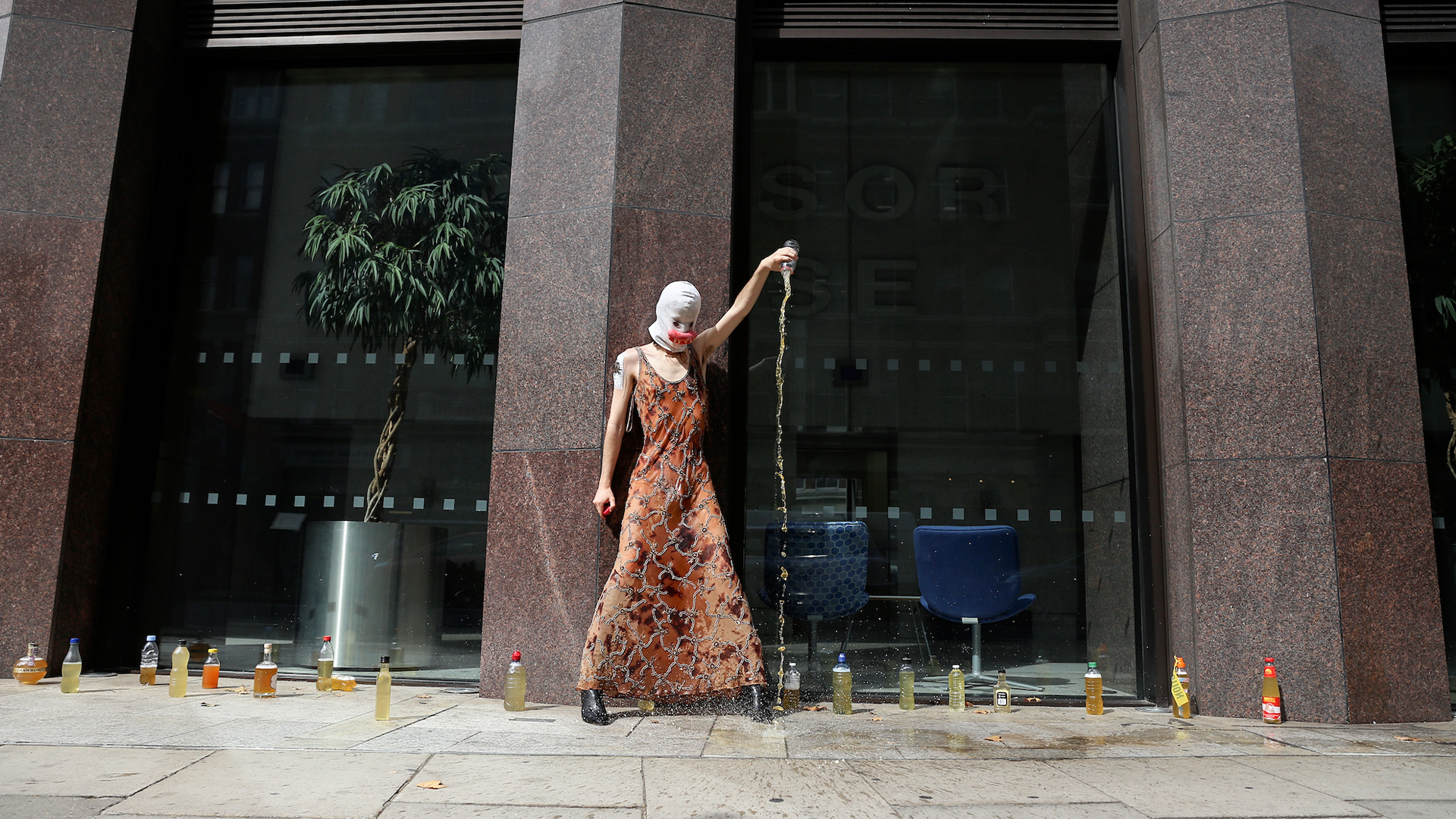 In an utterly repulsive display, males in dresses left 60 bottles of urine outside the offices of the Equality and Human Rights Commission (EHRC) in London.

They are aggressively protesting being excluded from women’s spaces and services.

Masked representatives of the anonymous group Pissed Off Trannies (POT) ceremonially delivered the urine to the EHRC offices in Westminster, London and staged what they described as a “piss-in”.

One member pissed herself in her bejewelled gown, before pouring bottles of urine on herself and the pavement outside the building, all the while shouting: “The EHRC has blood on its hands and piss on its streets”.

The activist, speaking to VICE on the condition of anonymity, described the dramatic action as “an extreme version of the public embarrassment that trans people experience on a daily basis, using the toilet that either doesn't fit with their gender or using the one that does, and then facing the backlash of people's judgement”.

The extreme embarrassment has been brought on by themselves. And for the record, it is not ‘she’, it is ‘he’, these are men in women’s costumes.

They are aggressive males using intimidation tactics in an attempt to reach their goal.

POT say that they are inspired by the tradition of 70s and 80s ‘zaps’ — outrageous demonstrations designed to draw attention to issues facing queer people, and previously included everything from Conservative politicians being pied in the face on live television to drag nuns can-canning at Christian conferences.

“We want queer people to know that protests can be enjoyable, they can be theatrical, they can be exciting, and they can be full of rage,” the activist who spoke to VICE said.

In a separate “pride” demonstration last week a sign was erected that stated, “Terfs can suck my huge trans c--k” 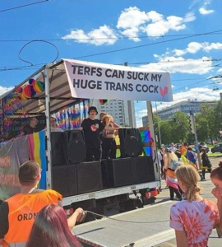 Binary spokeswoman, Kirralie Smith, said they are not helping their cause at all.

“This is an aggressive display of male dominance and won’t convince anyone they are women,” she said.

“It is repulsive and disturbing and only serves to marginalise their position even more.

“Why on earth would any woman feel safe sharing her spaces or services with such men?”