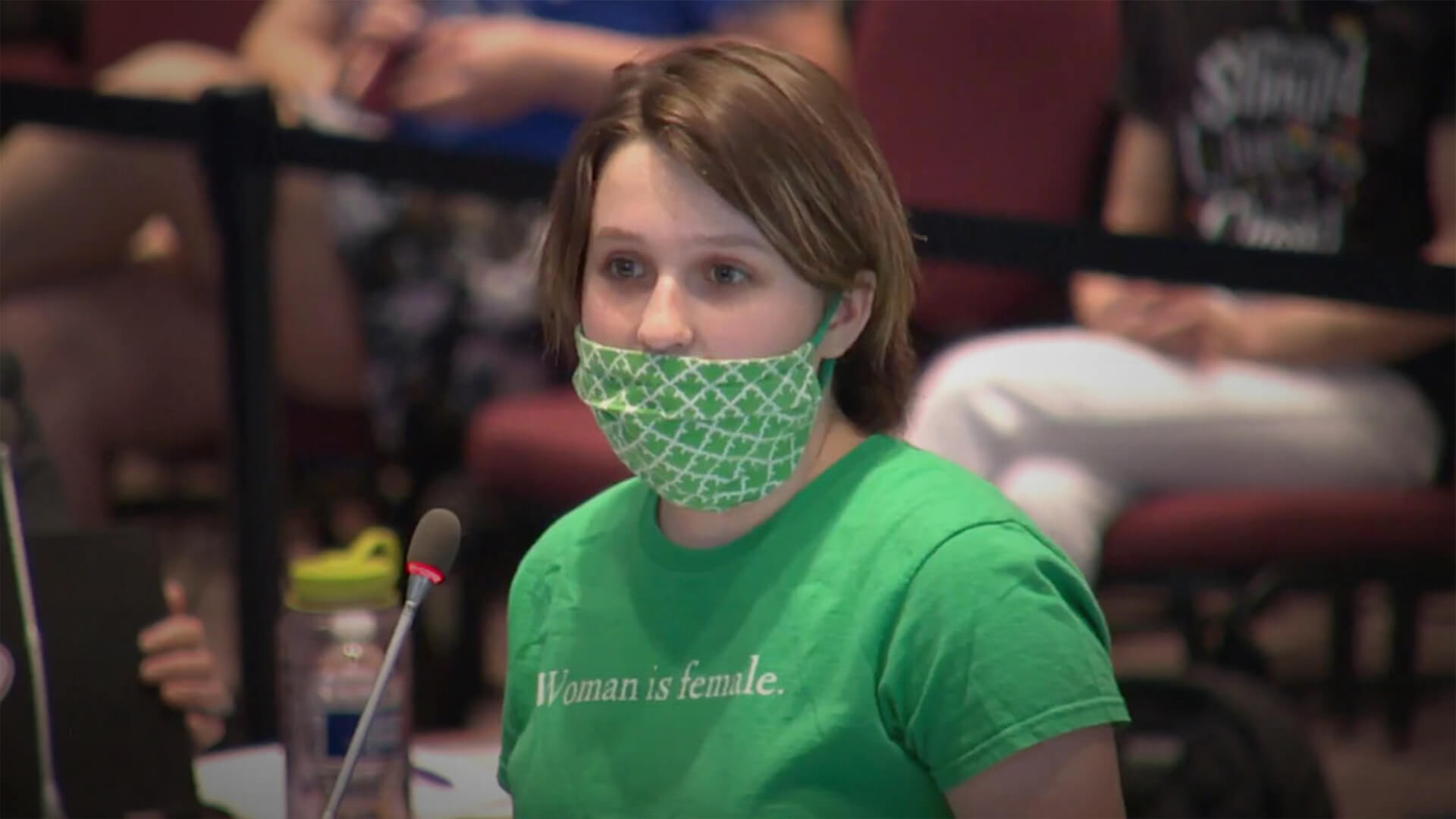 Jolene Grover, a 14-year-old schoolgirl, has spoken powerfully to her district school board, accusing them of implementing policies that favour male over female students.

The teen, who was wearing a shirt that read “Woman is female,” defiantly told the board members: “Everyone knows what a boy is — even you.”

“Your proposed policies are dangerous and rooted in sexism,” she added.

The middle schooler then argued that “modern identities” are only “superficial”.

“When woke kids ask me if I was a lesbian or a trans boy because I cut my hair short, it should tell you these modern identities are superficial,” she charged.

Currently homeschooled due to fears of harassment, Jolene didn’t hold back.

“Now, boys are reading erotica in the classroom next to girls and you want to give them access to girls’ locker rooms and you want to force girls to call those boys ‘she’,” Jolene told the board.

“You do this in the name of inclusivity while ignoring the girls who will pay the price. Your policies choose boys’ wants over girls’ needs,” she said.

Binary spokeswoman, Kirralie Smith, said the teenager got it right.

“Everyone does know what a boy is,” she said.

“Biological reality is plain, simple and evidence-based. Females are the losers when it comes to trans inclusion policies.

“Girls and women are the ones who have to sacrifice their spaces, privacy, security and safety to appease the feelings of males who appropriate womanhood.