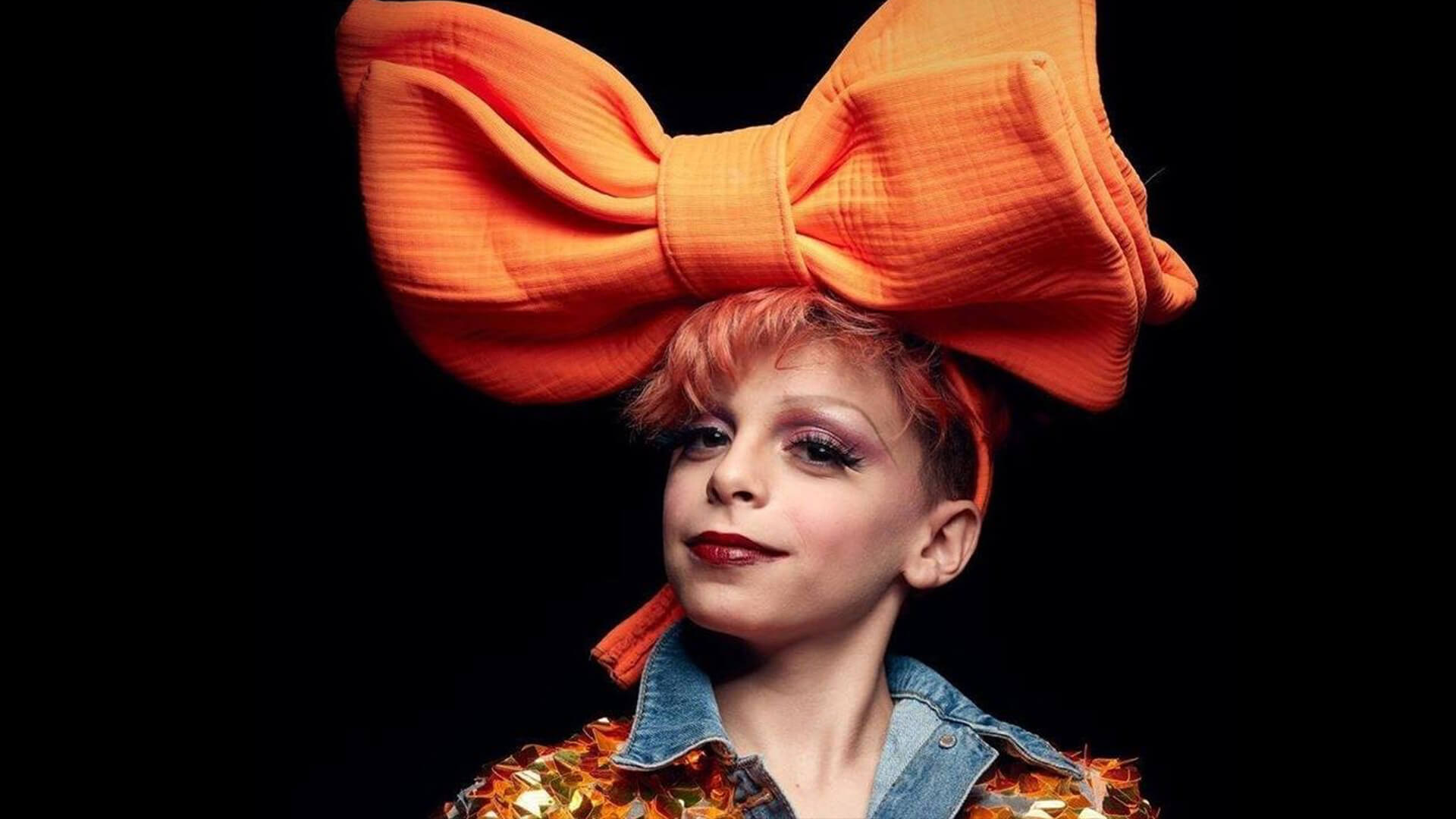 Desmond is Amazing, a 12yr old drag queen, is coming to Australia. He will be a special guest at the Melbourne Drag Queen Expo in August.

Still only a child, 12yr old Desmond will be sharing the stage with many adult entertainers.

The featured Drag Queens for the expo specialise in sexually explicit content. They perform in bars and 18+ spaces – and that’s where they belong. Adult entertainers are of adults.

One has to ask then, what business does a 12-year-old have with such performers? Why is the expo featuring a 12 year old? This will attract attention from other kids as well. You can be sure they will check out the social media profiles of some of the Drag Queens. What they will discover is drag queens are not for kids.

Here is just a sample:

Alaska Thudnerf*ck – The name says it all and the bio says: A well-traveled, campy extraterrestrial does have her perks and her irritations. Transients and drifters are directed to the nearest black hole via her pre-screw-you GPS navigation, and drug-addled layabouts are allowed to create their own black holes. She promises to upload each and every one into the system. How dangerous can Thunderfuck be? As dangerous as a black hole.

Archie Arsenic –When kids visit his Facebook page they will be confronted with image after image of him dressed as the devil – topless, with glitter over the nipples, in bondage style lingerie, being sexually provocative and playing with fire. Definitely 18+ material there.

Weird Alice Yankadic: FB page features sexualised cartoons and images of him with breasts being fondled by himself and others in the bed.

Sharon Needles: From the performers webpage:  “Sharon Needles is the most paranoid, disgusting, vile, lewd, corrupt, and obscene bitch I’ve ever met. And I mean that in a good way. Basically, there are three human needs in life: Sex, Scotch, and Sharon Needles.”

D Flowers advocates political activism and wants to promote the gender fluid agenda. “Anyone who breaks the gender binary is not only making a political statement; they are also making social, historical, and economical statements as well. We all know that heterosexual society is rather binary, and drag does tend to break down a lot of the boundaries and create visceral reactions. I feel it can expose individuals to the idea that gender is a fluid, social construct.”

Dwight Trash: His bio Instagram describes him as the King of Camp Cowboy Trash.He is “Here to confuse and unsettle the masses.” And is “The one your mother warned you about.”

Penny Cillin: one of his first images on Instagram is captioned “Solid gold d*ckhead”

Kane Enable: contains adult content on Instagram: “Still finding glitter on my neck, my back, in my p*ssy and my crack.”

Kirralie Smith, Binary spokeswoman, is concerned about the trend to involve children in adult entertainment.

“Drag queens are not for kids. They are adult entertainers who perform for adults. Why on earth would anyone want to expose children to hypersexualised men, dressed as stereotyped sexualised women? Children who follow Desmond will no doubt investigate the social media pages of the other drag queens. Their content is definitely not for kids!” 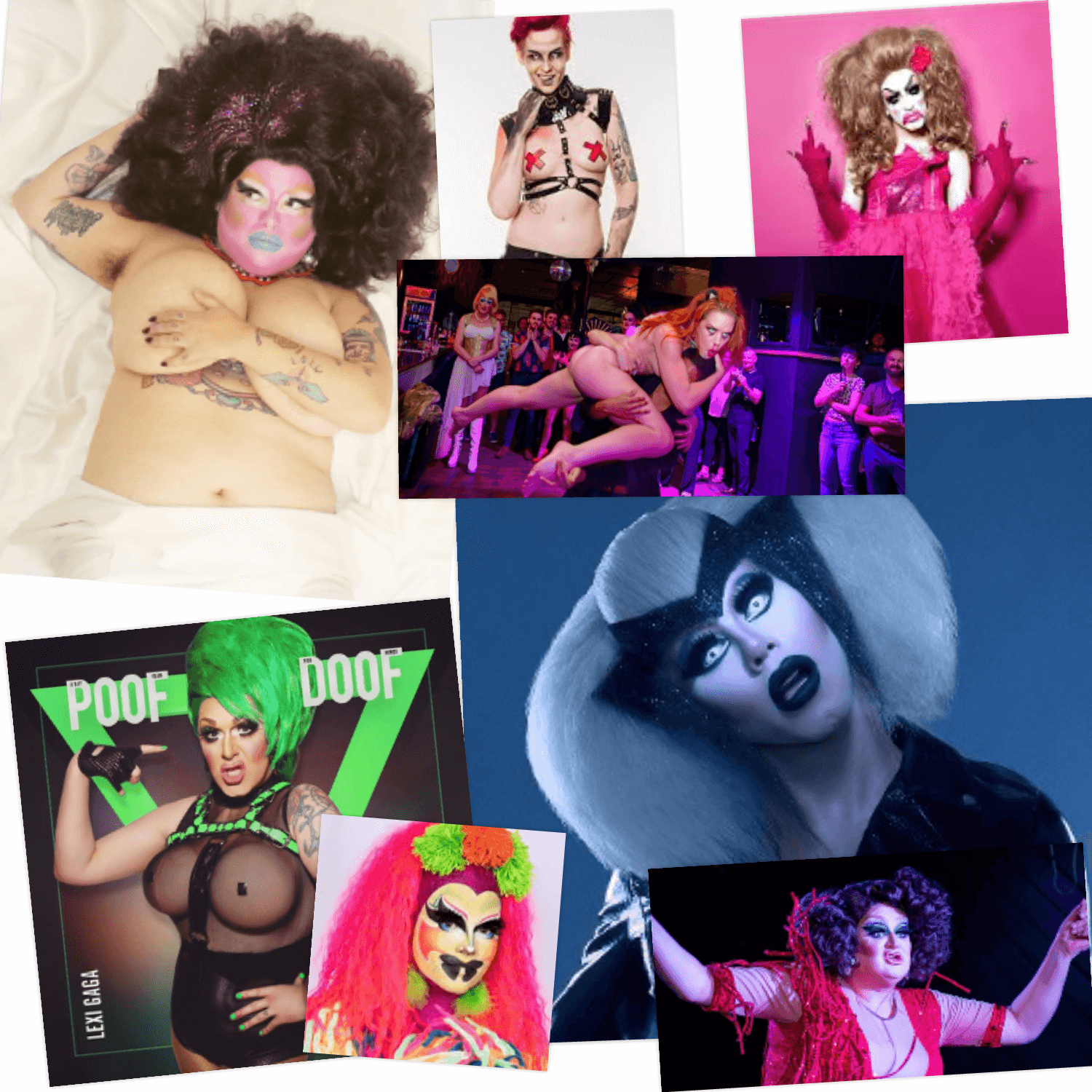