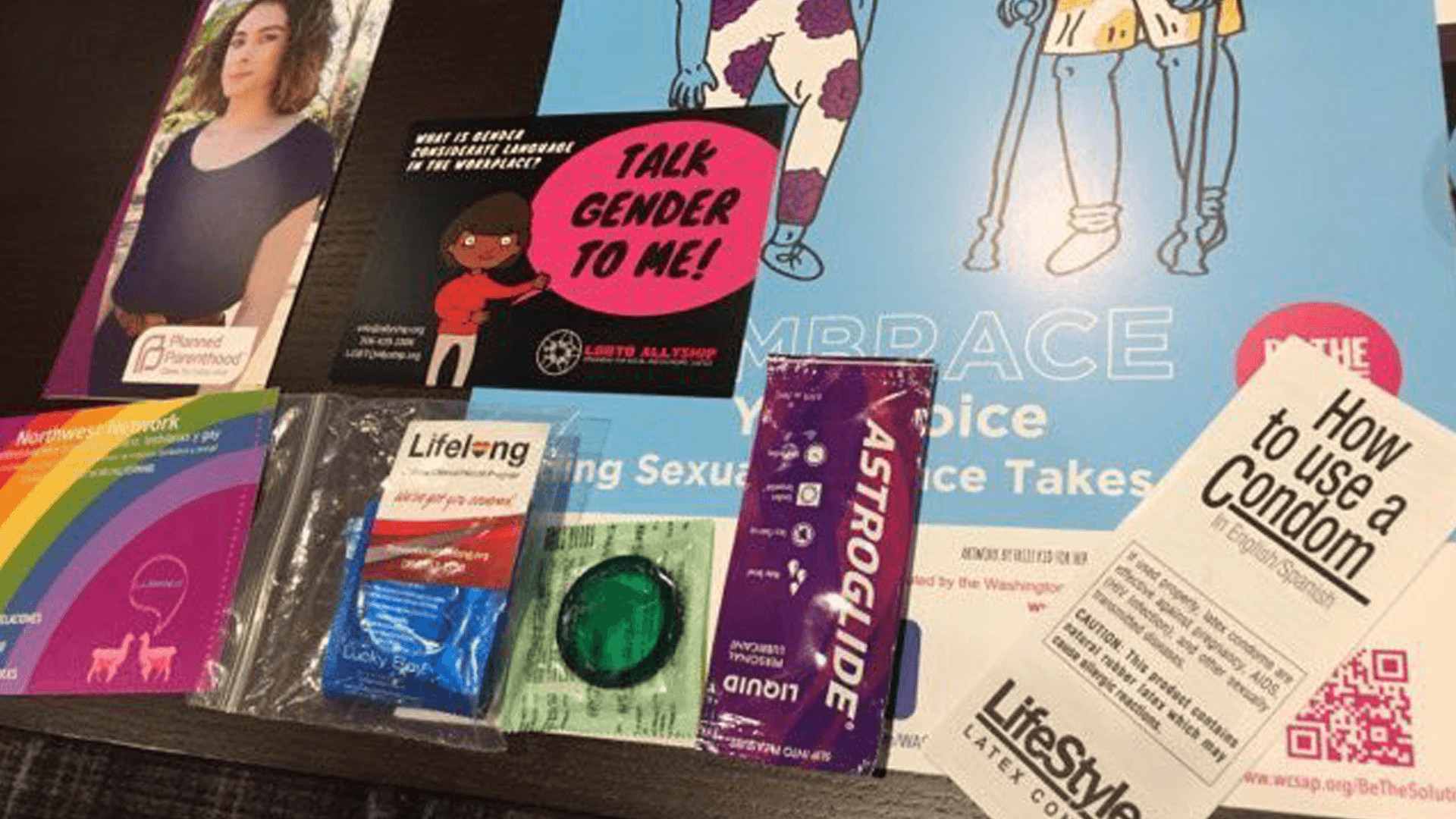 PJ Media has reported on a library in Seattle hosting a "Teen Pride" event for ages 9-19:

The event featured drag queens, all sorts of explicit adult-themed advice, and a raffle for dangerous transgender chest binders. Three local moms, concerned about children being exposed to such things at a taxpayer-funded library, filmed the event in order to expose it. Police escorted the mothers out by force, warning that they were guilty of "criminal trespass.

A friend of one of the mums posted on social media what she claims to be video footage and images of what went on before the mums were asked to leave.

No children or teens can be seen in the footage of the Drag Queens behaving quite disturbingly.

My friend was just protesting a drag show at a teen pride event at the library. Handouts included flavored condoms, lube, & binders to help 8 self-hating girls mutilate their bodies.

The library told all the adults to leave. My friend refused and was escorted out by police. pic.twitter.com/8wpiZRNV2i

What do you suppose happened when these guys were left alone with the kids? pic.twitter.com/bjmcUVPnyM

Children and teens who attend such events will no doubt look up the drag queens on social media and find posts like this.

This strapping young lad is the one they brought in to dance in a g-string for teens at the @KCLS library in Renton, WA yesterday. I’m gonna guess no one even bothered to run a background check on him before giving him access to kids. Glorifying violence against women much? pic.twitter.com/0vI3nkxSwD

Binary spokeswoman, Kirralie Smith, said this was a good example of why she’s working hard to expose Drag Queen Story Time in Australia.

“Drag Queens are provocative men who impersonate women in an overtly sexualised way. They have traditionally performed in bars and nightclubs for adults. This new push to impose this radical gender ideology onto children is extremely concerning. Normalising this kind of behaviour is alarming and the content is certainly not suitable for children.”

“This confronting event that allegedly took place in the US could happen here in Australia if we are complacent about what our children are exposed to.”