Even though our billboard was banned by the outdoor advertising regulator, we’ve now got it up on a truck, driving around the Western Sydney districts.

We’ve also produced tens of thousands of leaflets that have been letterboxed in Western Sydney homes.

We’re focussing on the electorates of McMahon and Watson to let voters know that Labor have a very radical gender agenda aimed at our kids.

Are you kidding me?

This week I spoke with One Nation’s NSW Leader, Mark Latham about the dangers of drag queen story time.

And because Bill Shorten has been avoiding questions about Labor’s support for drag queen story time, we sent the truck around to his campaign rally in Blacktown today. 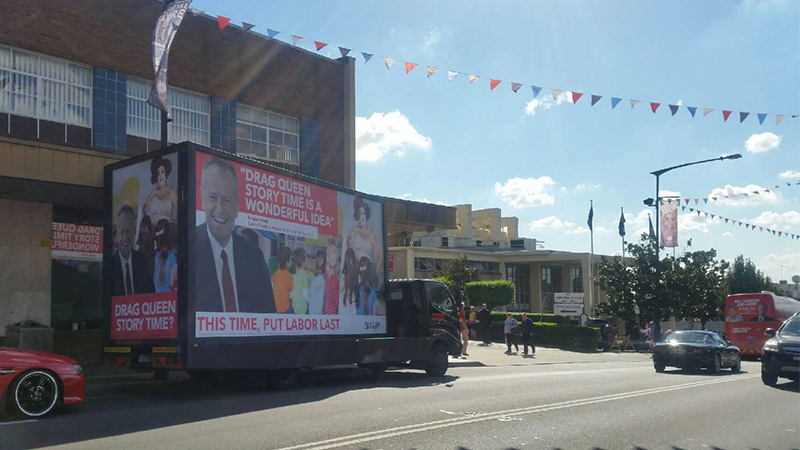 Here’s a photo of the truck catching up to Bill Shorten’s campaign bus.

Thanks to your support, we are together raising awareness through the truck, letterboxing and social media about Labor’s radical gender agenda.