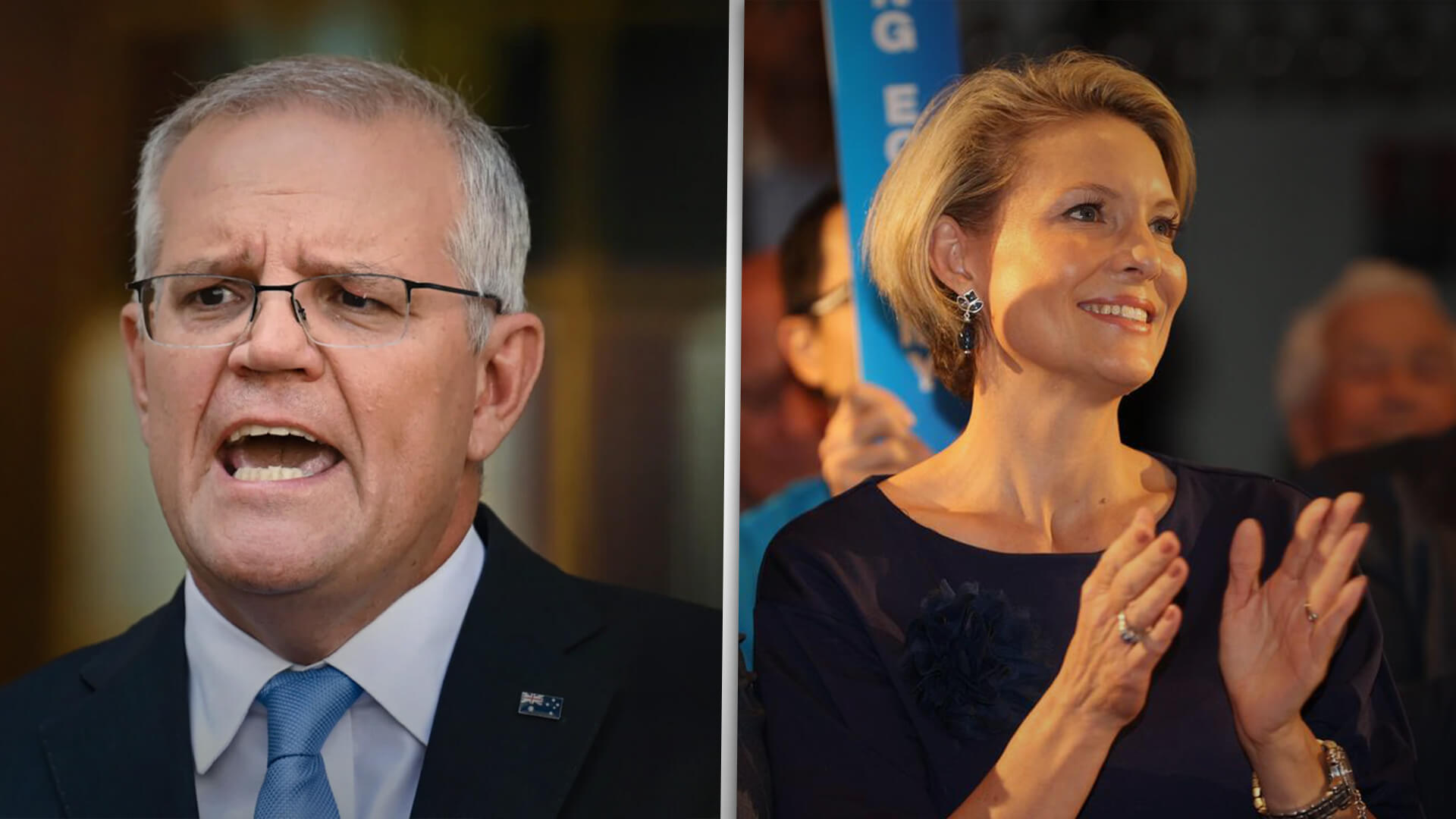 Yesterday, Katherine Deves caused Twitter to explode in outraged denial as she again confronted Australian voters with the facts; Australian children are being surgically mutilated in the name of “gender affirmation”.

Asked by a journalist whether she was wrong to use the term “mutilation”, Deves answered that this was the correct medico-legal terminology; it is used in medical negligence cases and appears in the Criminal Code. Deves apologised for offending anyone and acknowledged that the information was confronting. But the facts are the facts.

Asked if he would continue to stand by the Liberal candidate for Warringah, Scott Morrison affirmed that he would, commenting:

“What we are talking about here is gender reversal surgery for young adolescents and we can’t pretend this is not a very significant, serious issue.”

“Children are not getting ‘gender reassignment surgery’.

“‘Gender reassignment surgery’ is not performed on or available to teenagers under 18 in Aus.

“This is completely ridiculous.”

Who knows where Rugg is getting her facts? What is “ridiculous” is that she can be so confident and so wrong at the same time.

Other representatives of the trans community agree that children are getting “gender reassignment surgery” in Australia but argue that these are absolutely necessary. Dr Fiona Bisshop, President of AusPATH (Australian Professional Association for Trans Health), admitted:

“In rare cases, older trans teenage boys undergo surgery on their upper bodies. These treatments help young people to be able to leave the house, go to school and live their lives rather than stay at home crippled by anxiety and dysphoria …”

She called for a cessation of the public discussion saying:

“Decisions about medical care should be made between the patient and their treating team, rather than being the subject of political debate.”

Over the past few decades, a small cadre of activists have been instrumental in lobbying the Family Court to allow easier access to hormones and surgery for gender dysphoric children.

In Re Quinn [2016] the Family Court approved a bilateral mastectomy for a fifteen-year-old girl, despite the fact that the girl (who had Asperger syndrome) was acknowledged to be “Gillick incompetent” − incapable of giving informed consent. Re: Matthew [2018] removed the requirement for gender dysphoric children to apply to the court for approval for gender reassignment surgery provided the doctors and parents agree.

So, prior to 2018, we can point to the legal records for evidence that a handful of double mastectomies have been approved for girls under 18 (the youngest was 15). It is impossible to say how many had been approved since then.

For those who care to look, there is evidence that some doctors were willing to provide “gender affirming care” to children even ahead of these changes to the law. In 2017, 60 Minutes covered the case of Patrick Mitchell, who had “taken his mother’s hormone replacement therapy tablets” to feminise his appearance. All illegal at the time, Patrick’s transition was clearly being assisted by medics at a South Australian hospital. His mother spoke of radiographers who were monitoring the transformation of Patrick’s facial features in response to the hormones.

Dr Michelle Telfer directs the Gender Service at Melbourne’s Royal Children’s Hospital and was lead author of The Australian Standards of Care and Treatment Guidelines for Trans and Gender Diverse Children and Adolescents, which outlines “the affirmative model of care”. Telfer clearly approves surgical interventions for children.

In her witness statement to the Victorian Mental Health Royal Commission in 2019, she lamented that her gender clinic (which takes patients aged 17 or under) was not equipped to provide the “gender affirming surgical services in the form of chest reconstructive surgery”.

Telfer asked the Victorian government for funding “to incorporate chest reconstructive surgery for trans males within the RCHGS” and the Andrew’s government has now answered the call, granting an additional $21.4 million to trans services in 2021.

This means, no more need for Victorian kids to go interstate for surgery.And with Victoria’s new “Change or Suppression Practices” law now in place, anyone who tries to discourage a teenage girl from having a mastectomy risks being thrown in jail.

If Labor and the Greens get their way, “gender-affirming healthcare” will even be funded by Medicare. At the moment, many parents of troubled children are grateful for the financial barrier, which is often the only thing standing between their daughter and irreversible “top surgery”. The time it takes to crowd fund for the $10,000 this surgery typically costs, might just give their child the time they need to reconsider.

Small wonder activists don’t want any of this to be the subject of political debate. They would rather this all carried on quietly in the shadows.

No wonder they are so furious at Deves, for dragging it into the light, and at Morrison for supporting her.